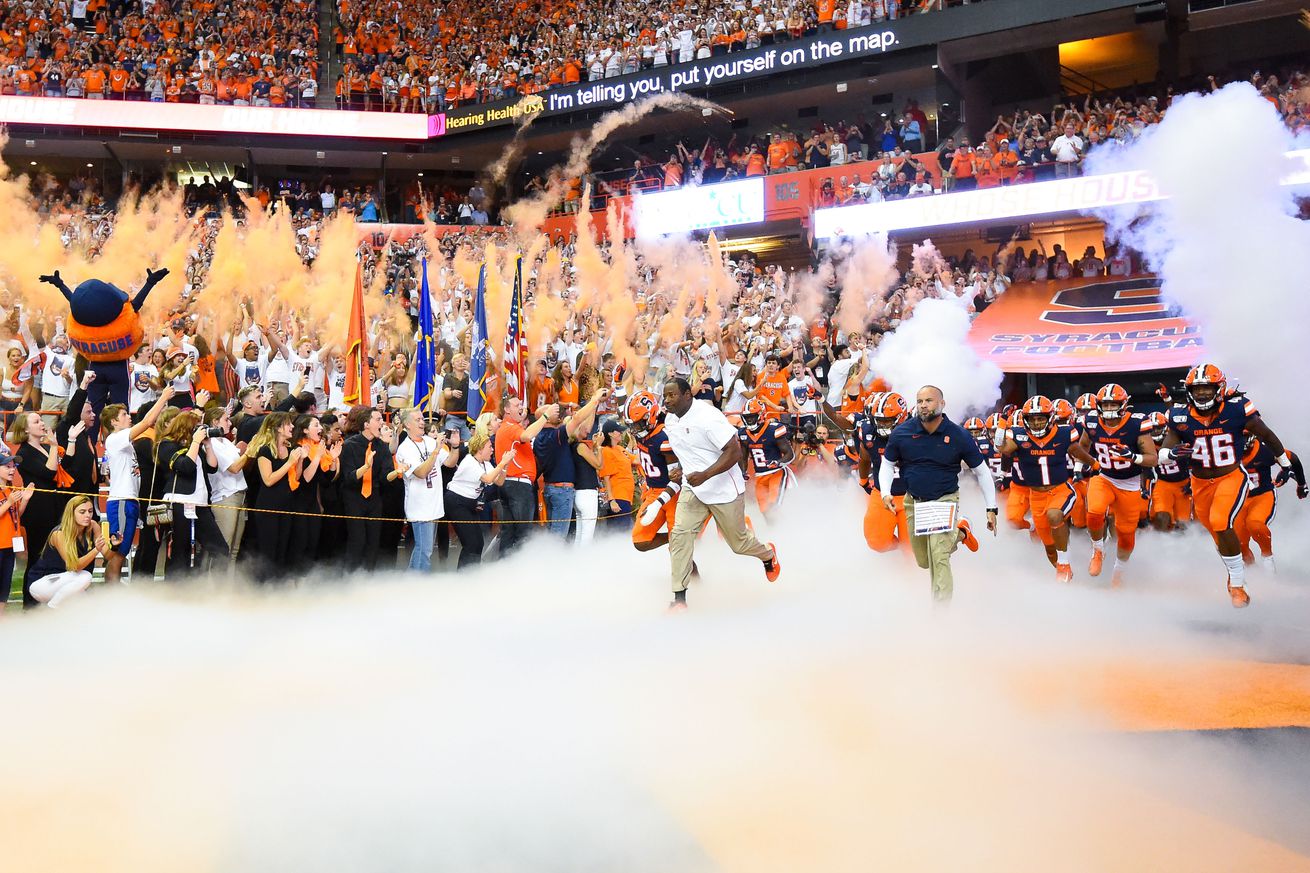 There shouldn’t have been any doubts about this, but just in case you were still wondering…

If you’ve been following along with how COVID-19’s spread has been progressing these past few months, you probably figured that Syracuse Orange football either wasn’t happening this season, or was happening without fans. But on Tuesday, New York Governor Andrew Cuomo made it official that there would be no crowds at games:

Cuomo’s budget director Robert Mujica said no fans for college sports within the state this season. That applies most directly to football. We’ll see what happens by November with regard to men’s and women’s basketball. But realistically, it’s not looking good to have fans at those games either (at least before 2021).

Again, this probably should’ve been expected. Syracuse’s own rules around students potentially returning to campus included numerous safeguards in place around visitors to campus and even students visiting other dorms they don’t reside in. Any ideas that those rules would be in place while also allowing thousands of attendees for games at the Dome wasn’t necessarily rooted in reality.

We still don’t know if Syracuse is even having a season, and if the ACC tries to have a conference-only or similar schedule, we have little clue what that looks like yet either. But what we do know is that no matter what, “the Loud House” will be a little less noisy this fall.