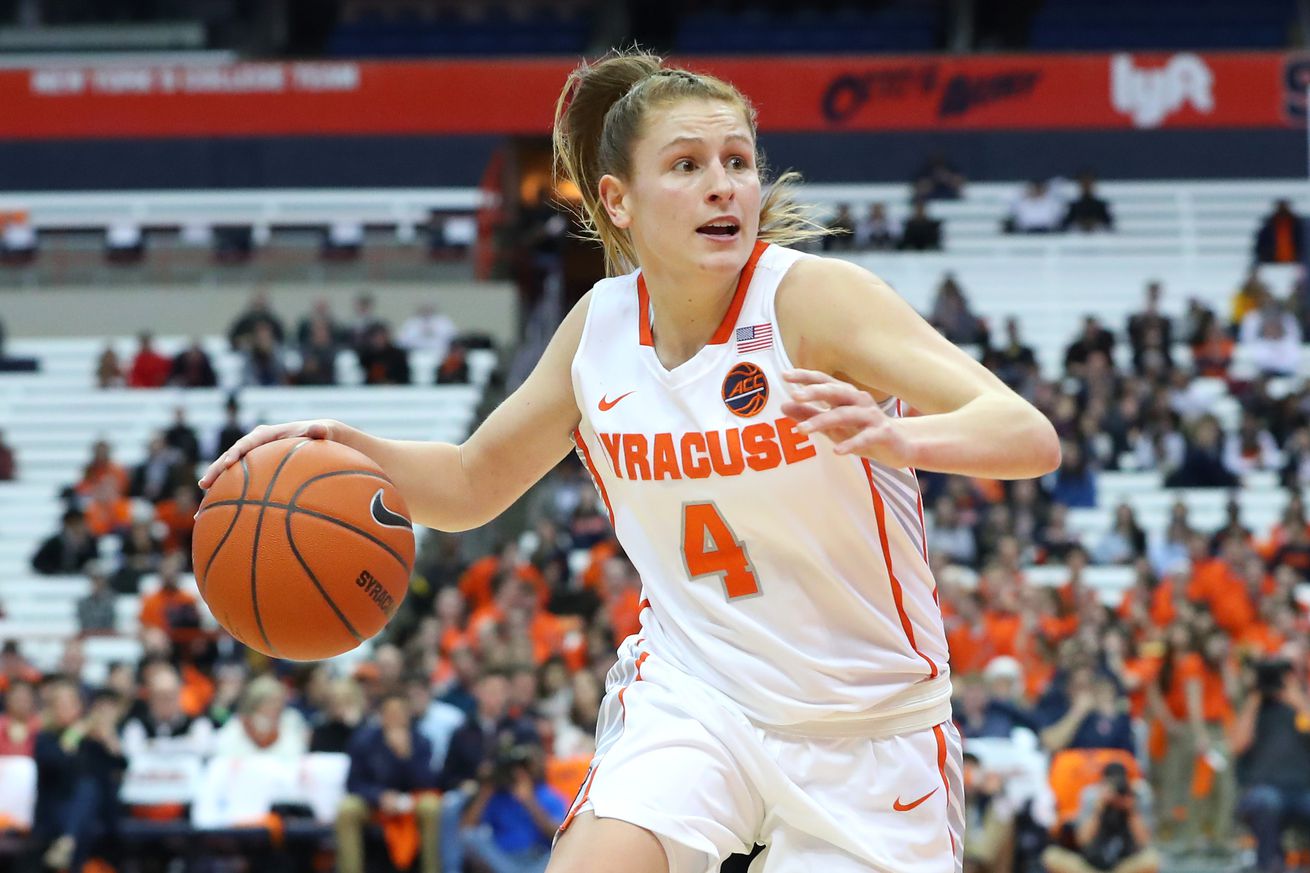 The breast cancer survivor will be back in Coach Q’s starting line-up this fall.

The NCAA has accepted Tiana Mangakahia’s extension of eligibility request to compete in the upcoming 2020-21 season.

In February of this year, Mangakahia was cleared to begin training again but could not return to the court until the following season.

“It’s just great to see your full team out there and see what you have,” Syracuse Orange Head Coach Quentin Hillsman said of Mangakahia’s return to the team. “It makes you grateful and it is very humbling.”

“She has shown so much toughness from being diagnosed to now. It is a tremendous feat in itself. That toughness will translate to everything we do,” Hillsman added.

Mangakahia transferred to Syracuse in 2017 after attending Hutchinson Community College in Kansas (she did not play in any games).

In her first season with the Orange, Mangakahia averaged 17.5 points, 9.8 assists, and 3.8 rebounds per game. She was named a top-10 finalist for the Nancy Lieberman Point Guard Award and First Team All-ACC by both conference coaches and Blue Ribbon Panel. Mangakahia led the nation in assists (304) and assists per game (9.8) and set both program and conference records in those categories.

During her second year at Syracuse, Mangakahia made a name for herself in the college basketball community. She was once again a finalist for the Lieberman Award, named All-America Honorable Mention, Citizen Naismith Trophy Watch List, Wooden Award Midseason Top 25 List, and All-ACC First Team.

On the court, Mangakahia became the all-time program leader in career assists with 591 and the fastest player in ‘Cuse WBB to score 1,000 points. She averaged 16.9 points and 8.4 assists in 31.3 minutes per game during the season.

Closing media availability, Mangakahia thanked her teammates and friends for supporting her over the last year.

“It meant a lot to me because obviously my family isn’t here,” the Australian native said. “Just having them there for me, my teammates and my friends, it helped me stay positive and look on the brighter side. It definitely change my perspective, not to be sad. They just really helped me.”

To learn more about Tiana’s journey, read her letter to fans from June 2019 when she received her diagnosis and the official press release from Friday’s announcement.