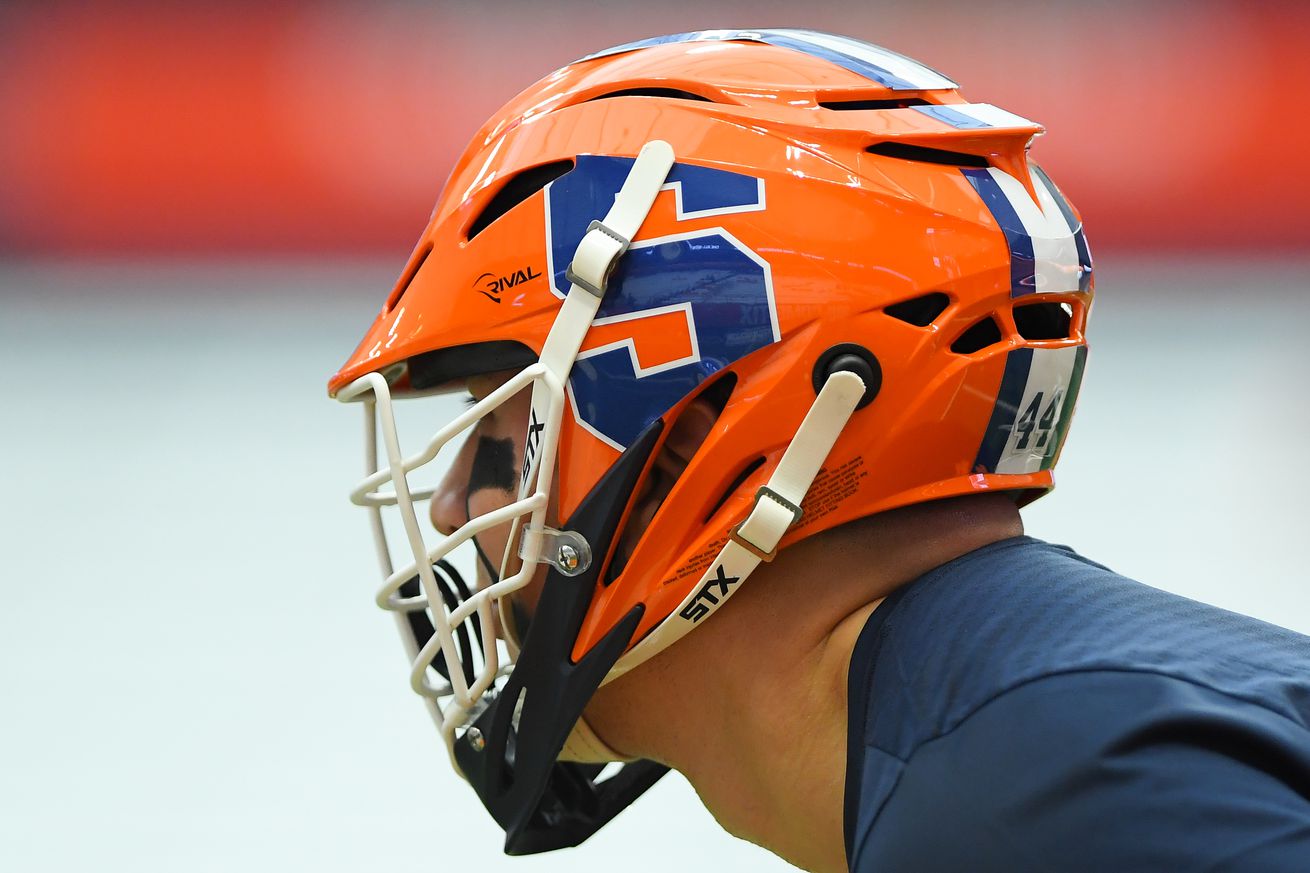 The class is now up to five with the recent additions of a 4-star goalie and 5-star midfielder.

The good recruiting news is starting to pile up in the Class of 2022 for the Syracuse Orange men’s lacrosse program.

It’s now been two weeks since college coaches were allowed to get in touch with recruits starting September 1, and to date John Desko and his staff have corralled commitments from five current high school juniors.

The latest players, who announced their decisions in the last couple days, are the two highest rated so far: 4-star goalie Jimmy McCool and 5-star midfielder Carter Kempney.

McCool, who announced his commitment via Instagram on Sunday, hails from The New Hampton School in New Hampshire.

Truly blessed and fired up to announce my commitment to play Division 1 Lacrosse at Syracuse University! I want to thank all of my coaches for getting me to this point. I also want to thank my parents and family, love you guys!! It all started with a dream, and I can’t wait for the next 4! # #tmc

Inside Lacrosse’s director of recruiting, Ty Xanders, tweeted this about McCool’s commitment:

High 4 ⭐️ Jimmy McCool ‘22, G, New Hampton (N.H.) / @3dNewEngland has committed to @CuseMLAX. The backstop for a very promising Orange class, McCool is incredibly consistent in cage and has the necessary intangibles to change a game: https://t.co/RTi8Z1MwbE pic.twitter.com/51OUj7cOjt

Being classified as a “high 4-star” ranks McCool as one of the highest rated goalies in the Class of 2022, behind only three others rated as 5-stars and tied with eight other 4-stars.

Beyond that, you have to love hearing phrases like “incredibly consistent” and “necessary intangibles” when discussing your goalies.

But perhaps most important of all? How great is the last name McCool for a goalie? I’d argue that it’s so great it almost sounds made up. Give me a goalie whose name implies that he’s calm and collected under pressure, and I’m all in!

On Monday night, Syracuse picked up its fifth commitment in the 2022 class from 5-star midfielder Carter Kempney out of Carthage High School in Carthage, NY.

5 ⭐️ Carter Kempney ‘22, M, Carthage (N.Y.) / @OrangeCrushLax has committed to @CuseMLAX. The third of his siblings to play for Syracuse, Kempney has proven to be dangerous on both ends of the field, often dazzling as a scorer: https://t.co/TrhMTtAfL1 pic.twitter.com/Ly73N3GUCe

Inside Lacrosse describes Kempney, who has been playing varsity lacrosse since the 7th grade, as a player who “does a plethora of things at an exceptionally high level” while specifically highlighting his abilities as a scorer:

He has quickness, speed, and a first step that commands the pole whenever he sets foot on the field. His body control, stick protection, and field awareness allow him to get to the precarious spots in the defense and convert at a high rate.

Kempney is already surrounded by Orange history two years before he will step foot on campus. Both of his older sisters have played lacrosse for Gary Gait on the women’s side, with Braelie a current sophomore and Kailah a 2015 Syracuse graduate who holds the career record for draw controls at 253.

Of course, longtime Orange fans also recognize the town of Carthage, NY as the place that produced one of the first families of Syracuse lacrosse: the Powells. Casey, Ryan, and Mike Powell all starred for the Comets before making the move South to the Hill.

That’s quite a legacy to live up to given that the Powell brothers are three of the greatest players and the three highest scorers in school history, so we’ll forgive Carter if he just turns out to be really, really good at lacrosse instead of legendary.