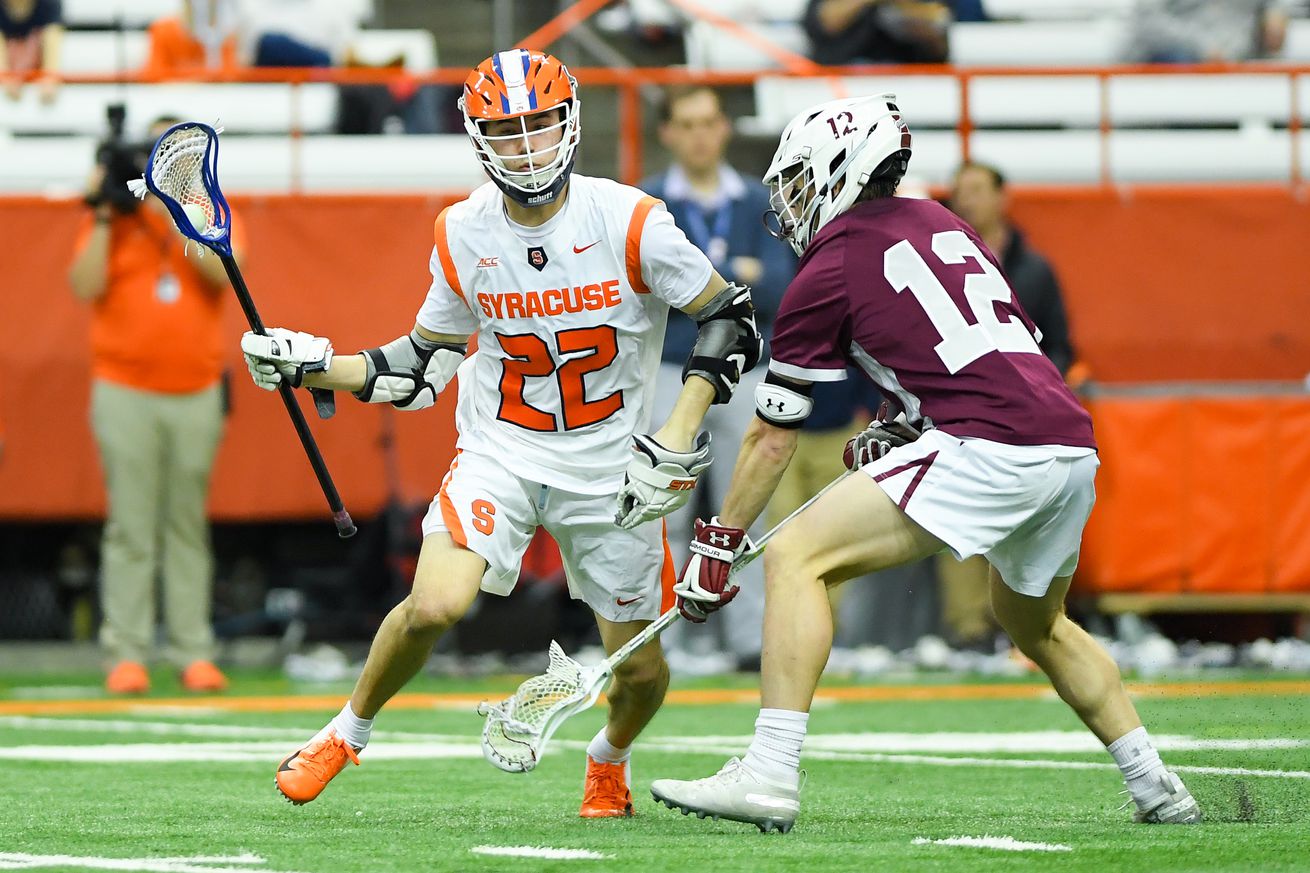 Joey Spallina hails from Long Island and has always dreamed of wearing No. 22 for Syracuse

This is a big one!

On Tuesday night, Joey Spallina, the No. 1 player in the Class of 2022, made his highly anticipated college decision official by committing to play for the Syracuse Orange men’s lacrosse program.

BREAKING: No. 1 junior Joey Spallina, A, Mount Sinai (N.Y.) / @team91lacrosse has made a verbal commitment to @CuseMLAX. It’s a huge recruiting victory on Long Island for the Orange, who will hand Spallina the No. 22 jersey during his career: https://t.co/Sm2YPQJMr2

Here is his announcement video, tweeted out by Ty Xanders of Inside Lacrosse:

On Monday, Spallina narrowed his list down from 30 (Wow!) to his final five schools before choosing the Orange in a ceremony at Mount Sinai High School on Long Island. He picked Syracuse over fellow finalists the Loyola Greyhounds, Maryland Terrapins, North Carolina Tar Heels, and Virginia Cavaliers.

According to a conversation Spallina had with Inside Lacrosse, Syracuse has always been his dream school:

“From the time I started playing lacrosse, my dream was to play at ‘Cuse and wear No. 22 and carry on the tradition there, which I know is a huge part of things up at Syracuse. Also, I like the staff’s experience a lot — in particular, Coach [Pat] March has been awesome with me, he went through their game film with me and mapped out what they see me doing

Spallina’s father, Joe, said the Orange coaching staff helped to sweeten the deal by offering the No. 22 jersey to his son, who currently wears it in high school.

There has been much conversation in recent years about what Syracuse should do with the famed No. 22, with opinions ranging from retiring it to using it as a recruiting tool. Clearly, John Desko and his staff have chosen the latter and view Spallina as a player who fits the bill and can live up to the pressure and expectations the number brings.

Currently worn by Chase Scanlan, it remains to be seen whether or not his career will overlap with Spallina’s. That all comes down to Scanlan’s decision to use his extra year of eligibility granted by the NCAA due to the coronavirus shortened season. If he takes it, he will be a senior when Spallina is a freshman. If not, he will make the ceremonial handoff and Spallina will begin wearing the jersey from Day 1.

To give you a sense of just how good Spallina is, in his last full season two years ago as a freshman at Mount Sinai, he racked up an incredible 131 points on his way to becoming the first freshman in Long Island history to earn All-America honors. That’s one of the biggest hotbeds of lacrosse in the entire country, and Spallina did something no one before him had ever done.