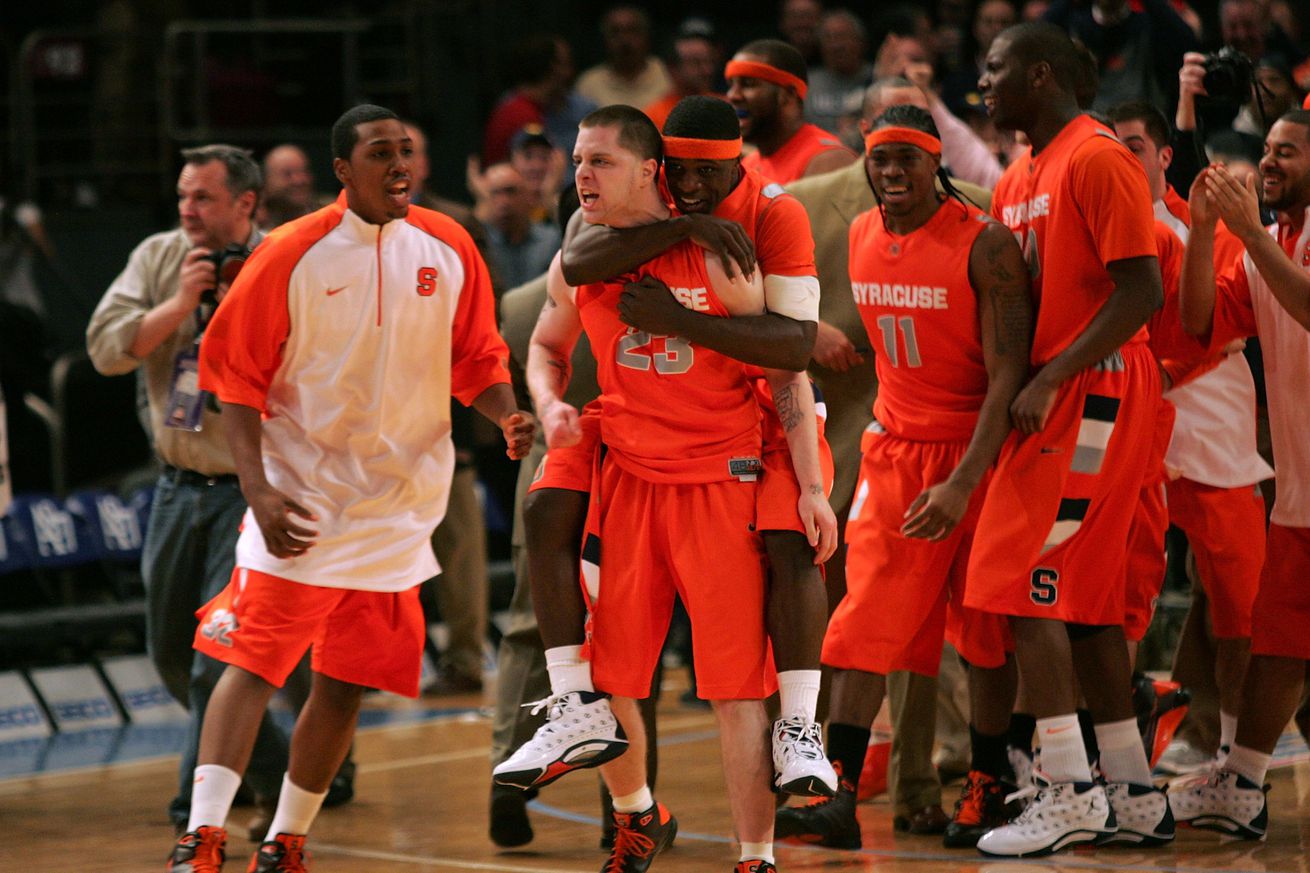 The ACC Network takes its second stab at school takeovers, which was met with mixed success back in April. Your Syracuse Orange are featured on Friday, August 7, and there’s a mix of classic games to satisfy your SU palate.

This time around, games will air from 10 a.m. to 12 midnight instead of the 24-hour marathon each school was given during the first takeover. Ideally that means you’ll be able to watch all the games on offer without having to stay up throughout the night. Speaking of those games, let’s run through the list now.

Let’s focus on the new stuff first. ACC Network’s morning show “Packer and Durham” will feature special Syracuse-specific guests. No word on who those guests are yet, but a nice touch. Afterwards, the schedule shifts to four games not featured in the first takeover.

The spicy stuff starts at 2 p.m. with women’s basketball’s upset over Louisville in the 2016 ACC tournament semifinals. That’s followed by football’s first of four bowl victories in the 2010s: the Pinstripe Bowl against Kansas State. The takeover ends with two men’s basketball games against UConn — the first being SU’s win at Gampel Pavilion in 2012 to clinch the Big East regular season title. The second is everyone’s favorite classic, the Six Overtime Game at Madison Square Garden during the 2009 Big East Tournament.

The first two games are actually repeats from the last takeover. Both the women’s soccer game and the men’s lacrosse game aired back in April, which is slightly concerning. You’d think there would be more diversity in game selection. Perhaps even more concerning is that there are still no games or features from Syracuse’s two national championship programs in the last decade — field hockey and cross country. This was an issue in the last takeover, and perhaps some of the reasoning for why they’re absent is included in John’s recent podcast interview with the ACC Network’s Stacie McCollum).

Also concerning is the lack of the other Syracuse non-revenue sports. While men’s soccer got a game in the first takeover, there’s been no games from cross country, track and field, field hockey, ice hockey, women’s lacrosse, softball, tennis, or volleyball. All of these sports have been aired in some capacity on either ESPN or on ACC Network Extra. You’d think that the ACC Network would have access to air these events in some capacity. Having fewer slots for games this time potentially also impacts the ability to put those on.

Syracuse is one of a couple of schools that won’t have a 30-minute “Authentic ACC” feature during the takeover. The press release does say that these features are produced by the schools and “will highlight original content and storytelling unique to that institution.” Once SU’s is complete at some point in the future, we could see these aspects of the Orange program addressed in a special.

Yes, let’s be happy that we get some more Syracuse content. However, it seems like that the ACC Network didn’t really evolve its ideas for additional content from the first takeover. We’ve prevoiusly mentioned some of our ideas around what we would’ve done if we were the ACC Network (not accounting for various limitations that may be in place around content, of course). This takeover still doesn’t get all the way there, but it does inch closer, to some extent.

What are your thoughts on the second ACC Network takeover? Which games are you excited to watch? Sound off in the comments below.