Throughout the week, Shufelt texts Tedesco and asks him to work on corners at the field. Shufelt “loves taking headers,” Tedesco said, and works on flicking the ball into each corner of the net.

Set piece practice is just part of the offseason work that Shufelt put in before this fall season. And his commitment has been rewarded. This year, as a junior, Shufelt led the Spartans varsity team to a 9-2 record, good for second place in the Salt City Athletic Conference. In a season with frequent game cancellations and postponements, Shufelt scored eight goals and added a team-leading 10 assists in just 11 games.

“Every time I’d go out there, (my grandfather) would make me play with him,” Shufelt said. “I didn’t have a choice, it was ‘We’re playing sports today and you’re going to like it.’ And I loved it.”

Shufelt started playing soccer at age 3 for Lil’ Kickers, a local soccer program in East Syracuse. Since he was young, he’s always had a ball around him, whether it was a soccer ball, or one for lacrosse or basketball, his parents said.

When he arrived at ESM, he initially started on the junior varsity team. But midway through his freshman campaign, his talents earned him a promotion to varsity. He started every game of his sophomore season, scoring twice. But he hadn’t truly blossomed yet. 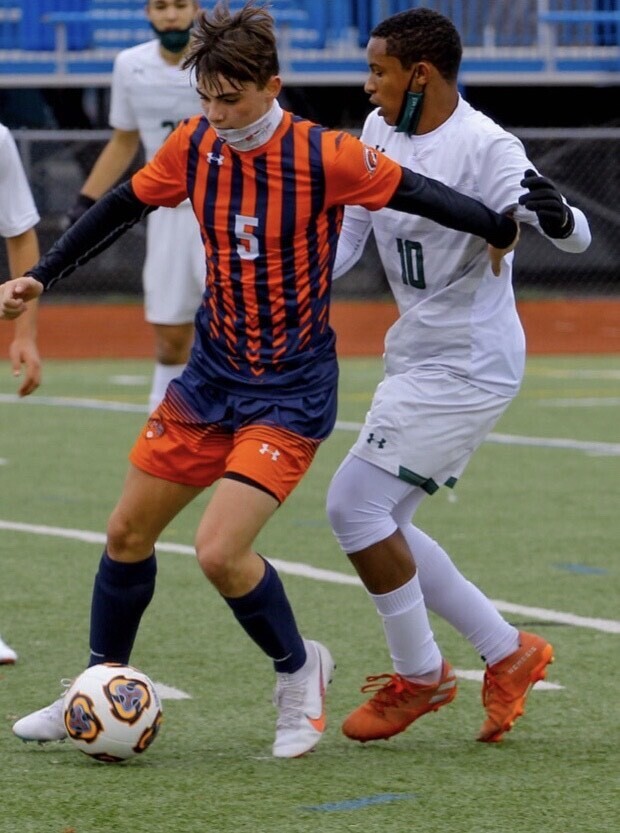 Zach Shufelt comes from a long line of soccer players that includes his father and grandfather. Courtesy of Zach Shufelt

“He was not quite the athlete he is today a few years ago,” ESM boys varsity soccer coach Mark Carr said. “He’s really developed in his body. Especially this last year, he’s gotten so much bigger, stronger and faster.”

His rise to ESM’s star player is a result of his work in the offseason and outside of practice, his teammates and Carr said. After practices, Tedesco would check his phone and often see pictures Shufelt sent in the team’s group chat of him working out on his bench press or jumping rope. For Shufelt, improving his conditioning off the field has keyed his development on it.

“I know I need it in the later minutes of the game, especially when I don’t come off,” Shufelt said. “I want to be able to realize I still have way more energy than anyone else on the field and I can use that to my advantage.”

This season, Shufelt’s work during the summer has translated to in-game success. In a scrimmage earlier this year against Cicero-North Syracuse, Shufelt didn’t lose a single header off goal kicks, said teammate Evan deBerjeois. Carr said even when opposing teams try to double-team Shufelt on headers, he still almost always wins the ball.

Due to COVID-19 restrictions, there are no sectionals or state finals for fall sports, meaning Shufelt and his teammates will have to wait until next season to compete in the playoffs. Still, even in a shortened season, Shufelt has made a name for himself. In conversations with other coaches in the area, Carr said they’ve told him they think Shufelt has become the best player in the league.

“He truly enjoys the game,” Shufelt’s dad, Wade, said. “He enjoys playing the game and he enjoys the way the game makes him feel.”