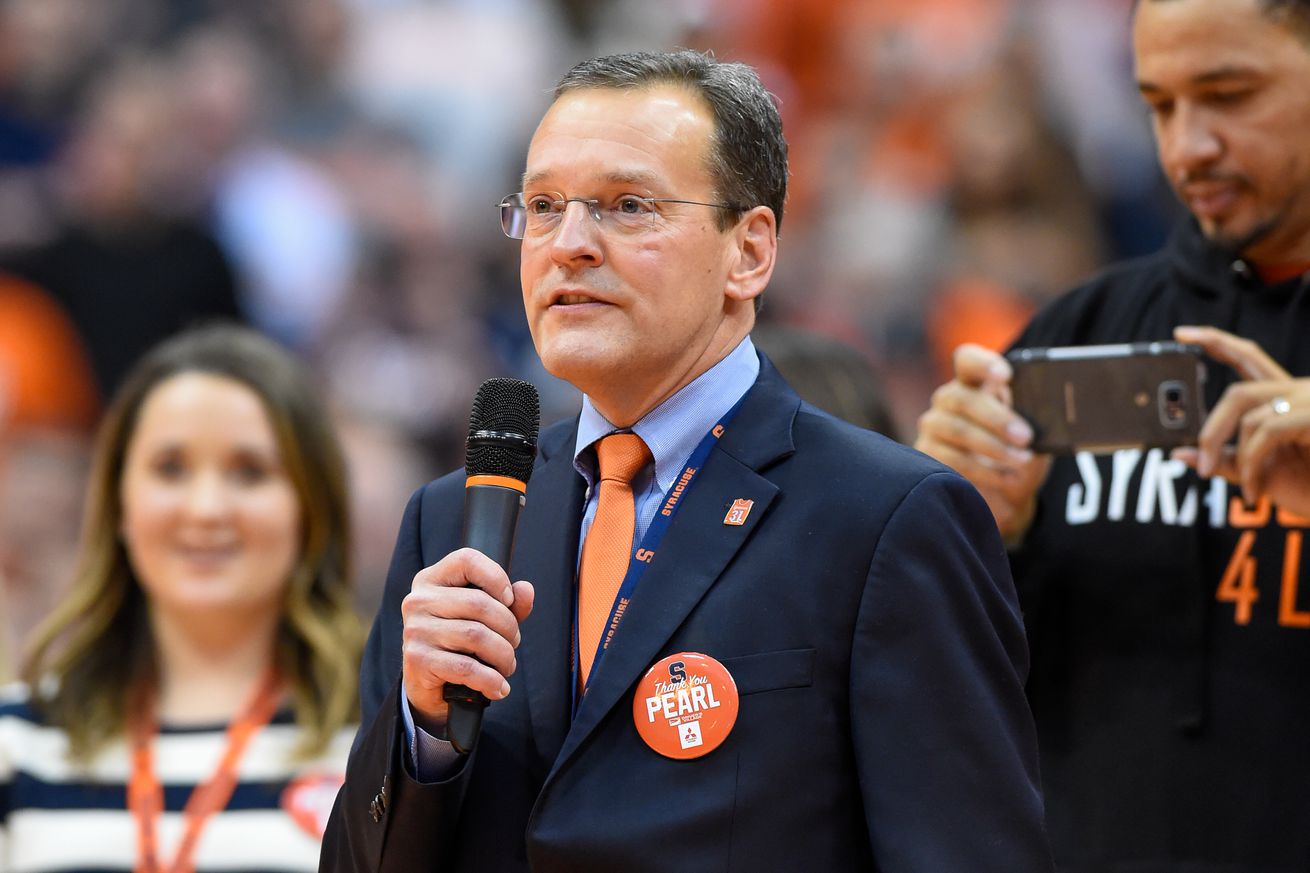 It’s a good thing you guys like Wildhack, because he’s set to be around for awhile.

After four years as the Syracuse Orange’s director of athletics, John Wildhack has received a contract extension through mid-2025, according to a Thursday announcement by SU.

Since taking over the AD role in 2016, Wildhack’s overseen 23 conference championships for Syracuse (four team, 19 individual), and two national championships, both from Justyn Knight in 2017-18. Among his other most notable accomplishments, in my book:

Since Syracuse is a private school, we’re not going to be seeing the financial details of this extension any time soon. Though back in July, Syracuse.com’s Chris Carlson noted that for 2018, Wildhack was the sixth-highest paid player at the school, making $770,313 — over $67,000 less than SU’s CFO. Wildhack was also one of several high-earners at Syracuse to take a pay cut due to coronavirus-induced economic pressures this year.

After the tumultuous tenure of DOCTOR Gross and the “special” year with Mark Coyle, it’s been nice to get some stability back at the top of the athletic department since Wildhack arrived. The fact that he’s an alum certainly helps matters. But it’s been a relief to have what feels like a significant decline (in a good way) in newsworthy happenings over the last four years.