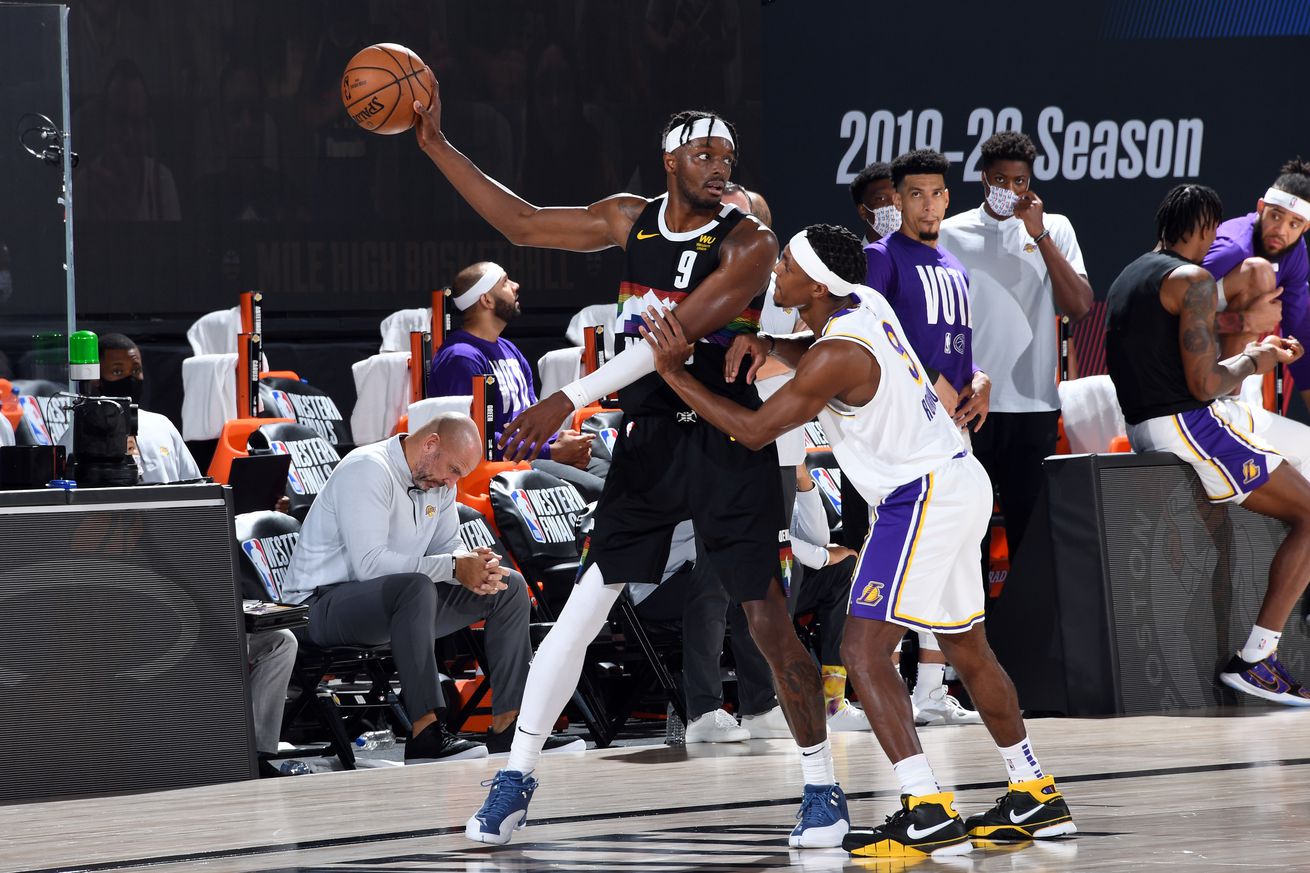 We’ve known for a couple seasons that Jerami Grant had rounded into the best former Syracuse Orange player in the NBA. But during Tuesday night’s Denver Nuggets 114-106 win over the Los Angeles Lakers, he showed just how valuable he is to Denver’s fortunes.

For starters, his 26 points were a new career playoff high. Grant also equaled his top made field goal total for the playoffs (with seven) and hit 10 of 12 free throws, which was also a new high-water mark. He’s only scored more points two other times as an NBA player (29 earlier this season and 28 last year for Oklahoma City). But never have they come in a more crucial moment than Tuesday night, with the Nuggets hanging on for dear life.

With the Lakers roaring back from a 20-point deficit, Grant took on the role of Denver’s third scorer to hold off the Lakers’ comeback. He put up four points late — two from the field and two from the line — and also proved a crucial defender throughout the game and series.

The Denver Post points out how he’s also played excellent perimeter defense against Lakers stars Anthony Davis and LeBron James. The two players are a combined 0-for-5 from three when defended by Grant. It’s not as if LeBron and AD have failed to score points in this series. But against Grant, that’s proven a lot harder, and helped keep Denver without shouting distance for the last two games.

Grant has a player option for $9.3 million next year, and based on the way he’s playing this year and especially in these playoffs, it’s understandable that he’s leaning toward declining that. The former Orange standout’s length and athleticism make him the sort of player who will be in high demand this offseason, despite league-wide salary cap concerns. It’ll be pretty interesting to see who’s willing to shell out the pile of cash it’ll likely take to sign him.