Jonathan Danilich arrived a few hours early for his first Syracuse football game in the Carrier Dome and strolled toward section 103. He wanted to be in the front row for the Orange’s 2018 home-opener against Wagner.

After kickoff, over the buzz of the crowd, the then-freshman noticed there was structure to the student section’s apparent chaos: people were leading chants, waving their arms and screaming in unison. He wanted in. Danilich registered for Otto’s Army after the game, officially joining the largest student-run fan organization on campus.

Two years later, Danilich serves as president of the organization, during a pandemic and a fall season without fans. In July, New York state Gov. Andrew Cuomo announced that college games would be fan-less, though Syracuse later released a statement that it’s looking to clarify the order. Danilich will be the first Otto’s Army president without a fall sports season and, since the organization is fueled by sport, he must find alternative routes to keep students virtually engaged.

“When I first heard about the pandemic, I thought, ‘Oh man, sports could be canceled,’” Danilich said. “That would mean I would have less to do. But that’s not the case. I have a lot more to do.”

Otto’s Army has led the student section at Syracuse sporting events since 2006, its most-dedicated fans in the front rows of the student section clad in orange apparel, mouths ajar with Syracuse-related chants. The group travels to a few away games a season and camps outside of the Carrier Dome in the days leading up to the Duke men’s basketball games. Its executive board also works closely with Syracuse Athletics to sponsor events like last season’s “Stripe the Dome” against Duke and student-section whiteout and powder toss against Clemson.

Danilich was elected as Otto’s Army president this spring in the organization’s first-ever virtual election, as opposed to the usual in-person, vote. Since joining, he’d also served as motions officer his sophomore year, where he crafted the public messages released by the organization and encouraged fan attendance.

As Syracuse transitioned to remote learning in -March, then-president Kennedy Hagens faced the same challenge as Danilich — finding ways to continue Otto’s Army virtually. Hagens and her executive board increased their social media presence by creating a welcome video for the Class of 2024 and graphics for the NFL Draft. 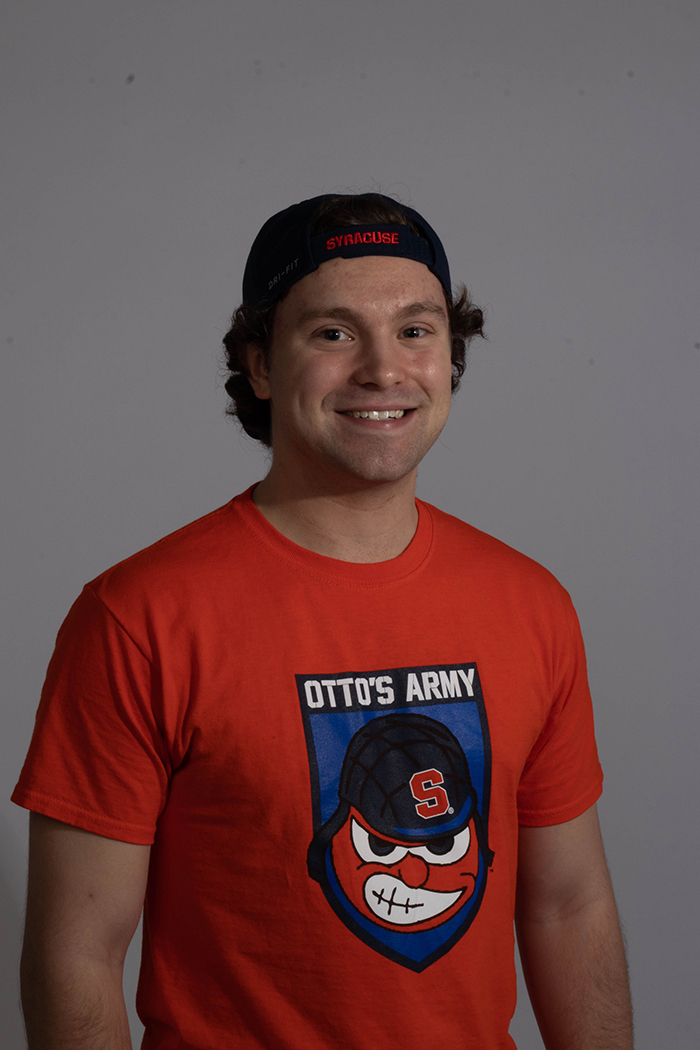 As Danilich and his team navigate a unique semester, they are forced to be more creative. They have run into roadblocks with Syracuse Athletics, which has its own COVID-19 obstacles to deal with before the fall season, Danilich said.

“We’re going to be doing our absolute best to ensure that the students feel number one, safe. And number two, they feel connected to the community around them.” said Vice President Matthew Jensen. “Number three, that they have the best time that they can, no matter what the restrictions are, no matter what we’re facing as a community”

While no fans will be allowed in the Dome this fall, Danilich plans to expand Otto’s Army’s presence on YouTube, Instagram and Twitter, while keeping fans connected through possible Zoom watch parties. There are even talks of starting an Otto’s Army TikTok.

Yet, none of Danilich’s plans for Otto’s Army are set in stone due to the unpredictability of fall sports. Recently, The Big Ten and Pac-12 conferences have postponed all fall sports until the spring to reduce the spread of COVID-19. Danilich said Otto’s Army’s plans are “day-to-day” like NCAA athletics, but he wouldn’t be upset if fall sports are not played.

“If we lose a year for a while I’m in college, so be it, if it saves lives,” Danilich said.

Otto’s Army will be looking for more members at this fall’s virtual club fair, Danilich said. He will lead Otto’s Army in a general body meeting open to all students this fall, like the organization’s president would any other semester. It’ll just be virtual.

“I hope that whenever we get back in the Dome, we are rowdier and crazier. It’s everyone’s job on campus to come to defend our house,” Danilich said. “I just want to do that when it’s safe.”’

The post In a season without the Carrier Dome, SU student runs Otto’s Army virtually appeared first on The Daily Orange.