In 2019, Eric Devendorf and Adam Weitsman had an idea to open a basketball academy in upstate New York. Looking for inspiration, the pair visited nearby schools like Orangeville Prep outside of Toronto.

The duo roamed around Ontario’s top prep school at the time with Jeremy Pope, who was Orangeville’s assistant coach, as their tour guide. While the facilities were what the pair expected, Pope’s budding relationships with the players at the school and his basketball knowledge left a lasting impression on Devendorf and Weitsman.

The pair’s basketball academy has yet to come into fruition, but this summer Devendorf and Weitsman had to fill a spot on their other team — Boeheim’s Army.

With head coach Ryan Blackwell stepping down after the birth of his first child, Weitsman called his old friend Pope — now an assistant coach at the University of Portland — and offered him the job.

“We have the talent. We just need Pope to give us that organization,” Devendorf said. “He’ll be able to do that. He knows the game.”

After coaching at prep schools across North America, Pope’s latest destination is on the sidelines with Boeheim’s Army. Pope’s at the forefront of the team’s latest expansion, which included bringing four non-Syracuse related players onto the squad. He is Boeheim’s Army’s second head coach in team history — Blackwell had led the group since its inception five seasons ago.

Pope’s connection to SU goes back to 2017. After finishing his undergraduate degree at Cal State, Los Angeles, Pope headed to the University of Washington, where he was a graduate assistant under former Syracuse assistant coach Mike Hopkins.

The Huskies finished with 21 wins, and Pope, who was responsible for scouting, film breakdown and student-athlete management, mastered another concept: the 2-3 zone. Pope learned Hopkins’ revamped version of Jim Boeheim’s 2-3 zone, which was more suited toward the smaller roster that Washington had at the time.

“(Hopkins) taught me how to win. Obviously, he taught me the zone,” Pope said. “I’ve taught that at every coaching stop I’ve been at since Washington.” 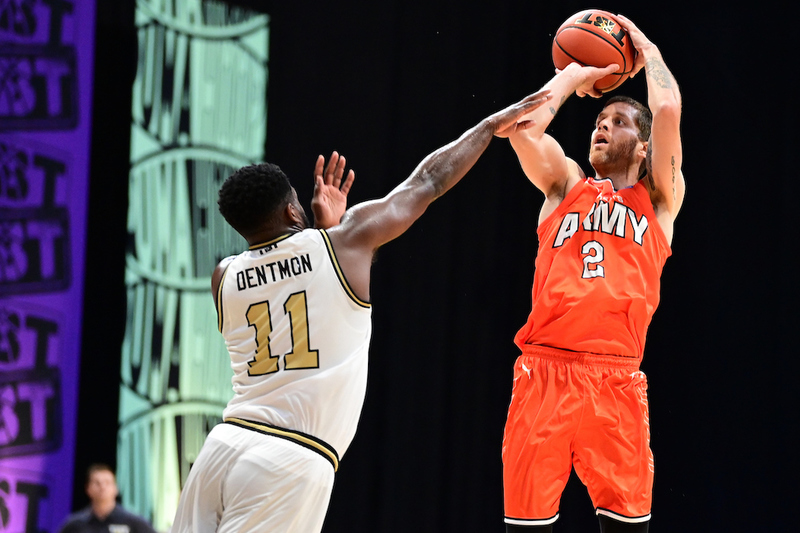 Now with Boeheim’s Army, Pope will teach the zone again, this time with a group of players who are exceedingly familiar with the concept. Pope and Devendorf said the team will implement the zone this season but mold or even sparingly use it depending on the opponent.

After a one-year stint at Washington, Pope moved 3,000 miles away to become an assistant coach at Orangeville. Similar to what he had done at Washington by learning the 2-3 zone, Pope had to adjust again, this time to international rules.

In Canada, all organized basketball follows the Fédération Internationale de Basketball rules, which are used internationally and vary slightly from the American or NBA rulebook. This stop in Pope’s coaching journey opened his basketball mind, forcing him to think differently about aspects like fouls and other parts of the game, he said.

“I had to adapt, which is what as coaches we preach to our players all the time is the ability to adapt,” Pope said.

While Pope’s presence at Orangeville impressed Devendorf and Weitsman, it also caught the eye of AZ Compass Prep head coach Ed Gipson. Gipson first met Pope at a basketball tournament in Rhode Island, where the pair spoke for four hours. Gipson was blown away by Pope’s basketball knowledge.

When Pope wanted to move back closer to his home state of California following the 2019-20 season, he reached out to Gipson. Pope, or “Coach Pope” as Gipson refers to him, moved into the AZ Compass Prep’s team house as the team’s offensive coordinator.

Initially, Pope was impatient, eager to climb up to the next level in basketball ranks, Gipson said. But he shifted his mindset and became integral in creating scouting reports, while also perfecting his ability to “read players,” addressing issues in their game and identifying when players needed extra help.

I had to adapt, which is what as coaches we preach to our players all the time is the ability to adapt

“He had an aura and spirit about himself,” Gipson said. “He wants to talk to the kids and get to know the kids, but he also wants to get in the lab and scout teams and players — that’s probably one of his best qualities.”

Pope’s ability to bond and grow his players caught Devendorf’s attention during his visit to Orangeville.

With Pope’s help, AZ Compass Prep finished the season as the second-best team in the country. Following the successful season, Pope’s dreams of coaching at the next level came true when he was offered an assistant coaching position at Portland.

When Gipson told his players about Pope’s achievement during one of their “chalk talks” before practice, some of the players shed tears knowing how important the promotion was to their assistant coach.

“Jeremy making it to University of Portland and now coaching in the TBT, his success is our success,” Gipson said. “A lot of our guys take pride in saying, ‘Hey, I played under Jeremy Pope. That was my coach.’”

This summer, Pope will take another step up as the head coach of a professional team. With a “target on their back,” the team has a chance to win the whole tournament, and the roster is one of the best the tournament’s ever seen, Pope said.

“We’re going to have an identity of toughness and a culture of sacrifice,” Pope said. “Between being tough and being selfless, we’re going to be a really tough team to beat.”

The post ‘I had to adapt’: Inside Jeremy Pope’s transition to new role as Boeheim’s Army head coach appeared first on The Daily Orange.