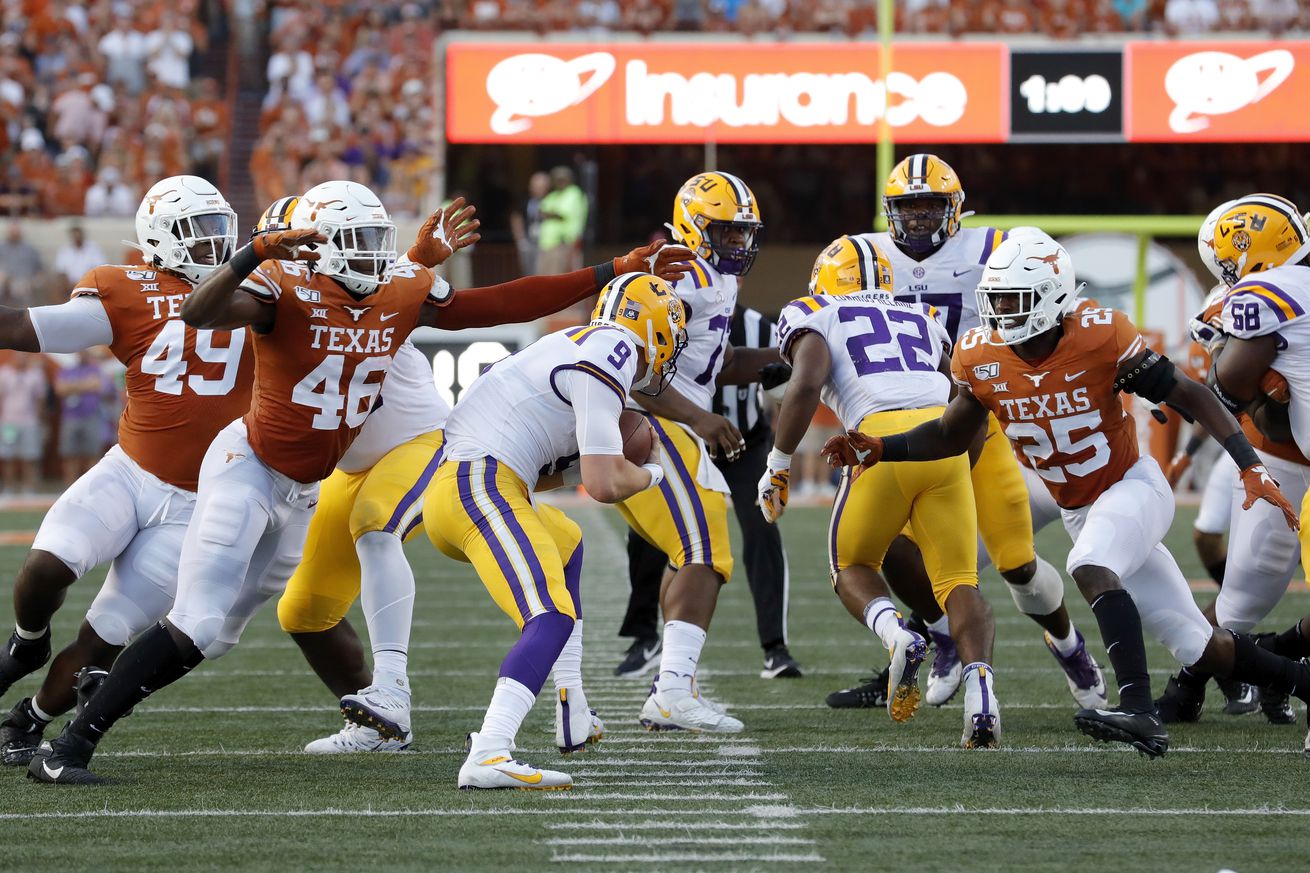 Plans are starting to come together

We’re far from out of the woods yet — both with regard to coronavirus and college football’s abilities to have a season despite the growing concerns around it across the United States. Yet, the Power Five conferences do be making a concerted effort to try and get on the field this fall.

The latest move there comes via a report from SI.com, which shows universal testing standards in the works for all P5 conferences. With these leagues already seemingly moving to conference-only schedules this year, this simply extends things a step further to potentially add non-conference games as well. Granted, if you think the risk is too great as it is (and I do), adding stipulations to play non-league games on top of the unnecessary games you’re already scheduling seems ridiculous. Still, the fact that the P5 continues to try and work together to plot out something of a contained regular season between those conferences (or at least between the ACC, Big 12 and SEC) seems to be yet another proof point for how this could be the beginning of the breakup with the NCAA, too.

We’d be a couple years off from it happening, of course. But we’re not that far away from the expiration of the first College Football playoff TV contract. Additionally, after the NCAA Tournament’s cancellation ravaged athletic departments around the country, it likely got Power Five ADs thinking about workarounds for the future. People love the upsets, but the money comes from seeing the bluebloods succeed (same goes for college football). What’s likely to be a shortened season for both football and men’s basketball is giving the P5 leagues a bit of a testing ground for what might work should they break off.

For football, schedules could potentially be confined to those five conferences (plus Notre Dame) in the future, removing the expensive “bodybag” games. That’s problematic since it makes it much harder for non-P5 programs to stay afloat without those pay games, and it tears at the collective fabric that usually governs college football Saturdays across levels of play. Scheduling among just P5s would make it harder for programs to rebuild, and harder to make bowl games, too. But the TV inventory would arguably be better, and that’s what most in the industry would care about.

The NCAA Tournament is the harder fix, but there is one available there as well: Hold a smaller NCAA Tournament with the P5, use advanced metrics to determine the best non-P5 league and invite them each year as well (this will regularly be the Big East, but some years it may not be). On top of that, invite up to 10 additional “at large” teams from the other leagues. This is basically the closest you can come to promotion and relegation, and would keep the randomness of March Madness alive while still letting the P5 run their own thing.

Maybe you have other ideas about how a P5 split could work? Share your own thoughts below.

College teams will be required to test football players within 72 hours of games using the standard PCR test. Game officials in football and basketball should also be tested weekly, because of their close contact with athletes, the document says. The document, however, does not require tests for coaches, though staff members must wear a mask on the sideline if they are not tested in the same way athletes are.

A 3-step plan to reboot Syracuse football, from former coaches and players (The Athletic)

“Look, there’s a lot that’s happened since say, 2000, that’s contributed to why this program has fallen off the map,” the player said. “The issue with (coach) Greg Robinson was we basically were using the Denver Broncos playbook. It was far too complex for any of our guys, many of whom are 19 or 20 years old, to understand a complicated NFL playbook…”

Dungey’s hurdle attempt-turned-knee to the helmet of Miami’s Sheldrick Redwine also caught Lamson’s attention. “He’s there to win,” Lamson said. “He doesn’t care that he’s the quarterback. He’s going to be a tough guy.” “… They brought him up a lot. I really think there’s a big comparison and that’s why they did that. They kind of used that as a selling point.”

How TBT pulled off a successful basketball tournament during a raging coronavirus pandemic (Syracuse.com)

“You look around at the rest of the world and see how everyone else is struggling to do it and it’s looking less optimistic by the day for a lot of these other sports,” said Boeheim’s Army general manager Kevin Belbey. “And for the Tournament to put it together with such a small staff and also by being back before everybody else, I think it’s unprecedented what they did. And I think it’s underrated what they did.”

Syracuse ‘in a good spot’ for Tyler Maro (CuseNation)

“I talk with coach Cavanaugh once a week, if not more,” Maro said. “We have talked about many different things and just continue building our relationship. I feel coach Cav and I have a good relationship and I feel very comfortable with him. Communicating so frequently has definitely made me much more comfortable with him. I have also spoke with some of his former and current players. They have only helped me get to know him even better.”

A sense of normalcy in July for Syracuse Basketball (CNY Central)

Who Might Virginia Play in an ACC-SEC Football Challenge? (Streaking the Lawn)