Troy Henderson was a junior in high school when he had a 90-minute conversation with then-Syracuse linebackers coach Clark Lea. Henderson remembers Lea reviewing his film and giving him pointers on how to improve his play for his senior year. The coach detailed a plan that included academic, personal and spiritual components before offering Henderson a spot at Syracuse.

Henderson, who never had a conversation with another college recruiter that lasted more than five minutes, later accepted the offer and started at Syracuse in 2015. Lea made the decision to commit easy, he said.

“He was coming from a sincere standpoint with a good place of heart,” Henderson said. “That made me trust him and believe in him.”

Lea accepted a job at Vanderbilt, his first head coaching gig, on Dec. 14. His path back to Vanderbilt began in 2005 as a graduate assistant for the Commodores, and his journey to head coach included a three-year stint as Syracuse’s linebackers coach from 2013 to 2015. Under then-head coach Scott Shafer, Lea helped lead an SU defense that consistently was among the nation’s best in several defensive categories. His 15-player unit had six All-Atlantic Coast Conference selections, including future-NFL players Cameron Lynch, Marquis Spruill and Zaire Franklin.

He’s spent the past three seasons as Notre Dame’s defensive coordinator before being offered the job he’s wanted “since day one,” he said in his introductory press conference.

“I see him being one of the best coaches in Vanderbilt history,” Henderson said. “If I am a kid in high school and Vanderbilt offers me with Coach Lea, I am going there, 130%.” 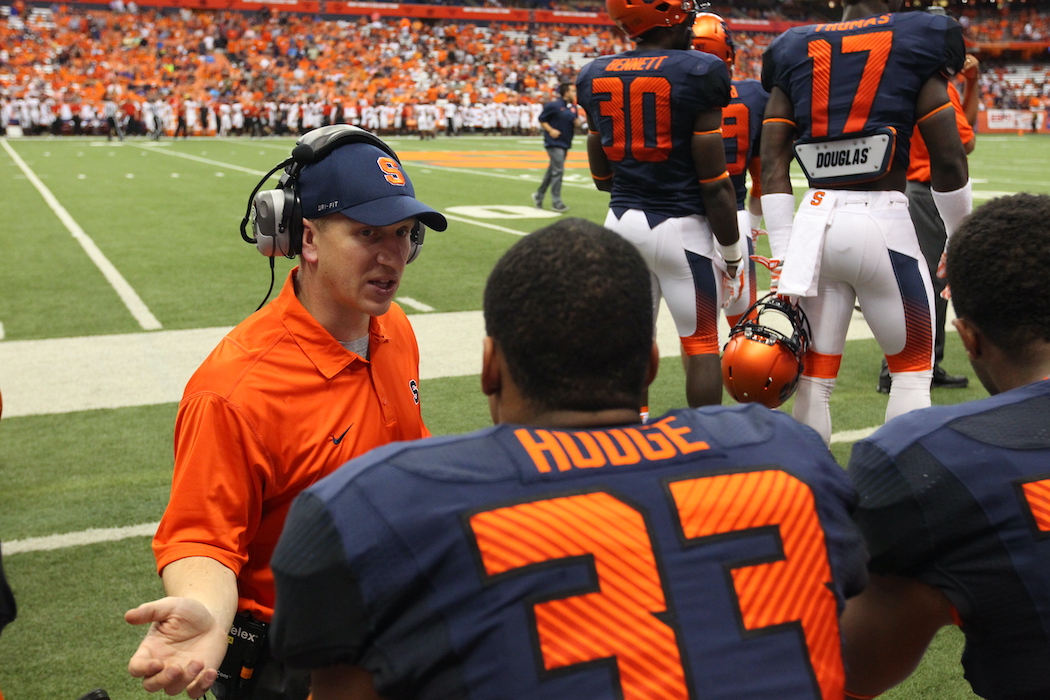 After leaving Syracuse in 2015, Clark Lea spent the last five seasons at Notre Dame before he was hired as Vanderbilt’s new head coach last week. Courtesy of SU Athletics

Under Lea, the 2013 Orange defense ranked 15th nationally in third-down defense, 24th in rush defense, and 18th in tackles for loss. The next year, Syracuse’s defensive squad scored four touchdowns and held nine out of 12 opponents under their season average for total yards. The 2014 Orange were also one of four FBS schools to allow fewer than 10 rushing touchdowns.

“Not only did the things he taught me in football become things that made me the player I am today, but it’s more so the personality impact he helped me with,” Franklin said of Lea in an interview with ND Insider in 2018. “What it means to be a leader, what it means to control the room and lead by example.”

Lea brought the same intensity on and off the field, Henderson said. He took interest in his players’ academic lives, even recommending them books that Lea was reading at the same time. He also shared inspirational and motivational quotes with his players.

Lynch, who played under Lea in 2013-14, remembers how the former linebackers coach taught him the principle of “deferred gratification.” He emphasized practicing everything “the right way,” even when results didn’t show instantly, Lynch said.

The two had a stronger bond because they both related to the struggles of being “undersized linebackers in the ACC” who went on to play in the NFL, Lynch said. Lea provided guidance and helped Lynch mature and articulate his goals on and off the field. 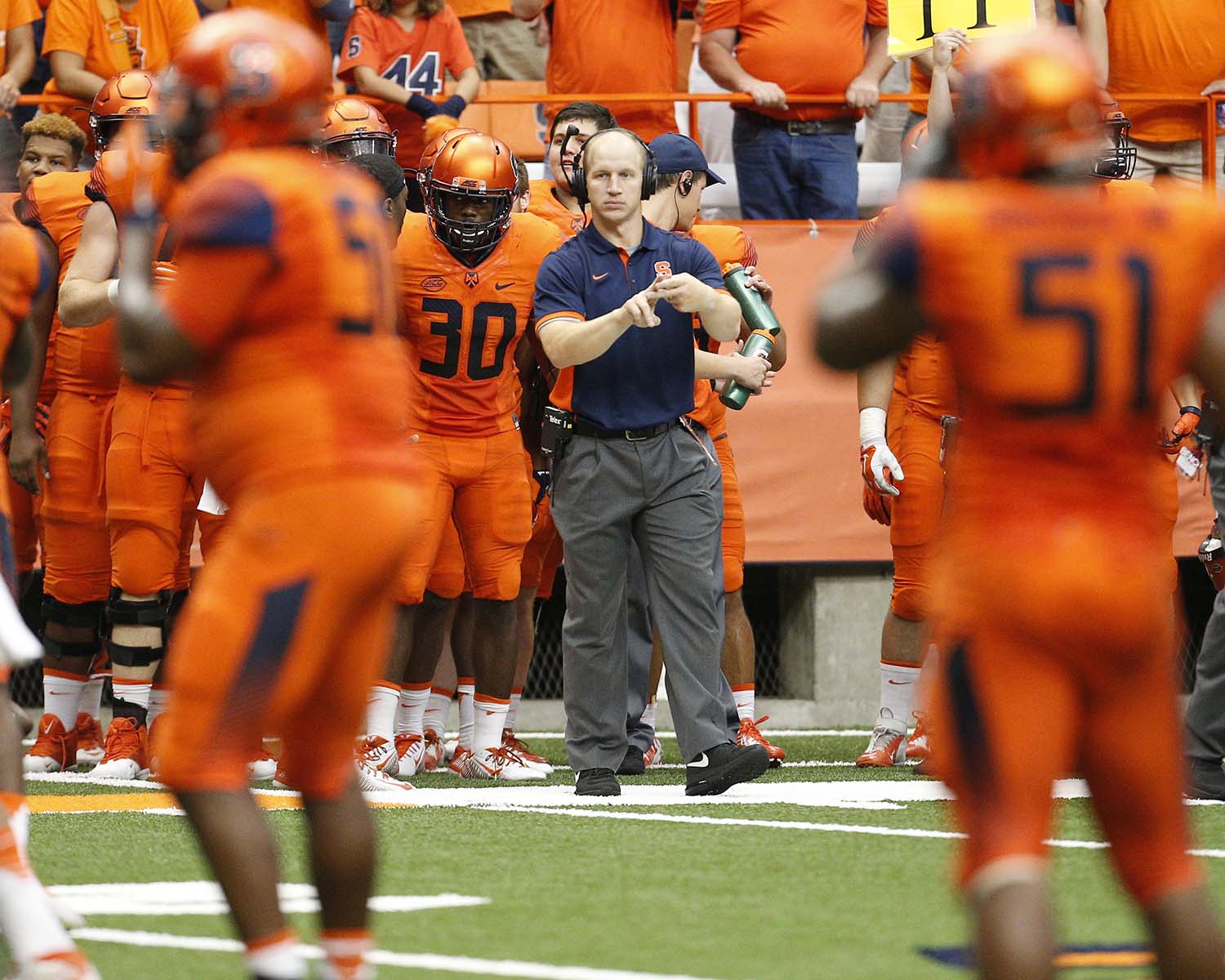 On the field, Lea provided the most detailed tips and advice Henderson had ever received. He was meticulous in game-planning and studying opponents, breaking everything down “to the T,” Henderson said.

His coaching style didn’t include any screaming or yelling, Henderson remembered. Instead, he provided constructive criticism, taking a more calculated approach to building up players and their confidence.

“He would come up to you in a very low voice and tell ‘you’re slacking’ or attack you in a subtle way, instead of cursing you out,” Henderson said. “He would say ‘Is this the guy I recruited? Did I mess up?’”

On one occasion, Henderson, then a redshirt freshman, recalls Lea calling him into his office after practice. He pulled up scout-team defense clips and said, “this is not what I brought you here for. I don’t care if it’s a scout team, you go full-speed, balls to the wall every play.” After that day, the linebacker always gave his all, even during walk-throughs and scout-team practices.

Lea — along with much of the coaching staff — was laid off in 2015, which was devastating to both the players he recruited and current linebackers, Henderson said. Many even thought about transferring. Years later, Lea’s still in touch with those former players, giving tips and pointers to them on the phone.

When Lea takes over at Vanderbilt, it’ll bring his path full-circle. Once a Vanderbilt fullback, he’s held coaching roles at five different schools. Syracuse was just one step along the way to his first head-coaching job at 38 years old, something he didn’t know he’d get the chance at this early.

“Every decision I’ve made in my career was to hopefully have a chance at this job eventually,” Lea said in his introductory press conference.

Henderson and Lynch are confident Lea’s ready. At Vanderbilt, they expect him to do exactly what he did at Syracuse — ”pouring everything into young men and believing in them,” Henderson said.

“He’ll win. He’ll have the right, sharp people around him. He’s been killing it, going from Syracuse to Notre Dame,” Lynch said. “It makes you go ‘wow’ to see how much he can excel.”

The post How Clark Lea’s tenure as SU’s linebacker coach led him to take over at Vanderbilt appeared first on The Daily Orange.