At the end of every TBT matchup, the game switches from a time-based conclusion to a score-based one with the Elam Ending. To establish a target score, eight points are added to the winning team’s score, and the game ends when one of the teams reaches that score. No matter how many points the other team is trailing by, they have a chance to come back and win the game.

Throughout the majority of this year’s tournament, Boeheim’s Army has been that other team. On Sunday, BA made its second TBT Final Four appearance, and heading into the infamous Elam Ending, they were down by five.

Despite this being the largest deficit that Boeheim’s Army has had to erase out of the five Elam Endings they’ve played in, they utilized the same strategy — give the ball to Tyrese Rice and have everyone else get out of the way.

Rice dribbled to the left wing and pulled up for a 3-pointer, which found the bottom of the net. Then, he worked his way past three defenders to score a floater with his left hand, tying the game. After that, he took the ball to the right wing this time and shot from even deeper, sinking it and forcing Florida TNT to call a timeout.

Two shots later, Rice did it again, willing Boeheim’s Army out of the deficit to their first TBT championship game in team history. He clenched his fist and looked at the crowd as the former Boston College star stared at a sea of Syracuse fans, icing the game once again.

“A lot of teams lose their minds during the Elam Ending,” Boeheim’s Army’s head coach Jeremy Pope said. “Our guys are tough.”

Rice’s heroics in the Elam Ending, when he scored all of No. 3 seed Boeheim’s Army’s points, propelled BA to its first TBT championship appearance in team history. He finished with 24 points, scoring the last 13 for BA in the 66-64 win over No. 5 seed Florida TNT. In every single game this season, the Army has come back from fourth-quarter deficits during the final period of the game.

Before this season, however, Boeheim’s Army’s chances ended because of their inability to close out during the Elam Ending. In 2018 against the Golden Eagles, Boeheim’s Army went into the ending with a lead and the target score set at 90. Down by one, BA had to stop the Golden Eagles’ Travis Diener from deep, which they were unable to do as he buried a 3 to send them home.

After the last few seasons of disappointment, Boeheim’s Army made changes to its roster this season, including the addition of Rice. In Boeheim’s Army’s opening win over Forces of Seoul, the team overcame a seven-point fourth-quarter deficit to go to the second round.

“Guys are still getting used to each other,” Pope said after the first game. “Early on we had to settle in, and we got guys going in the third and fourth quarter to win the game.”

Rice showed what aspect of the game he was best at during the opening win: finishing games. Late in the matchup against Forces of Seoul, Rice settled at the top of the key to read the defense. BA only needed a 2-pointer, but Rice did what they least expected, going to the corner and sinking a 3 to end the game.

In Boeheim’s Army’s second game, however, Rice only scored eight points. BA relied on another guard, Keifer Sykes, to carry the offensive load. Sykes finished with 17 points. But while achieving the target score is usually the biggest concern for any team in the TBT, another aspect that’s just as important is preventing the opposing team from reaching that target score.

Rice couldn’t make an impact offensively but forced his way on the defensive end. With one basket remaining in the game, Rice stole the ball and sent it to Chris McCullough, who slammed it down to send Boeheim’s Army into the next round of play.

Heading into Sunday’s game, Florida TNT averaged 85 points per game, scoring 92 in their most recent win over the AfterShocks. Because of this, Boeheim’s Army was torched early from deep, forcing them to move back into the infamous 2-3 zone that they ditched for the majority of the tournament.

Still, Florida TNT was able to get more open 3-point looks by overloading the perimeter with more than two shooters and using shot fakes to get BA’s defenders to jump. In the first half itself, Florida TNT had six 3-pointers on 12 attempts.

But during all the Elam Endings, Boeheim’s Army has moved back into an aggressive man-to-man look, pressuring every ball handler and maintaining minimal separation between each member of the opposing offense. 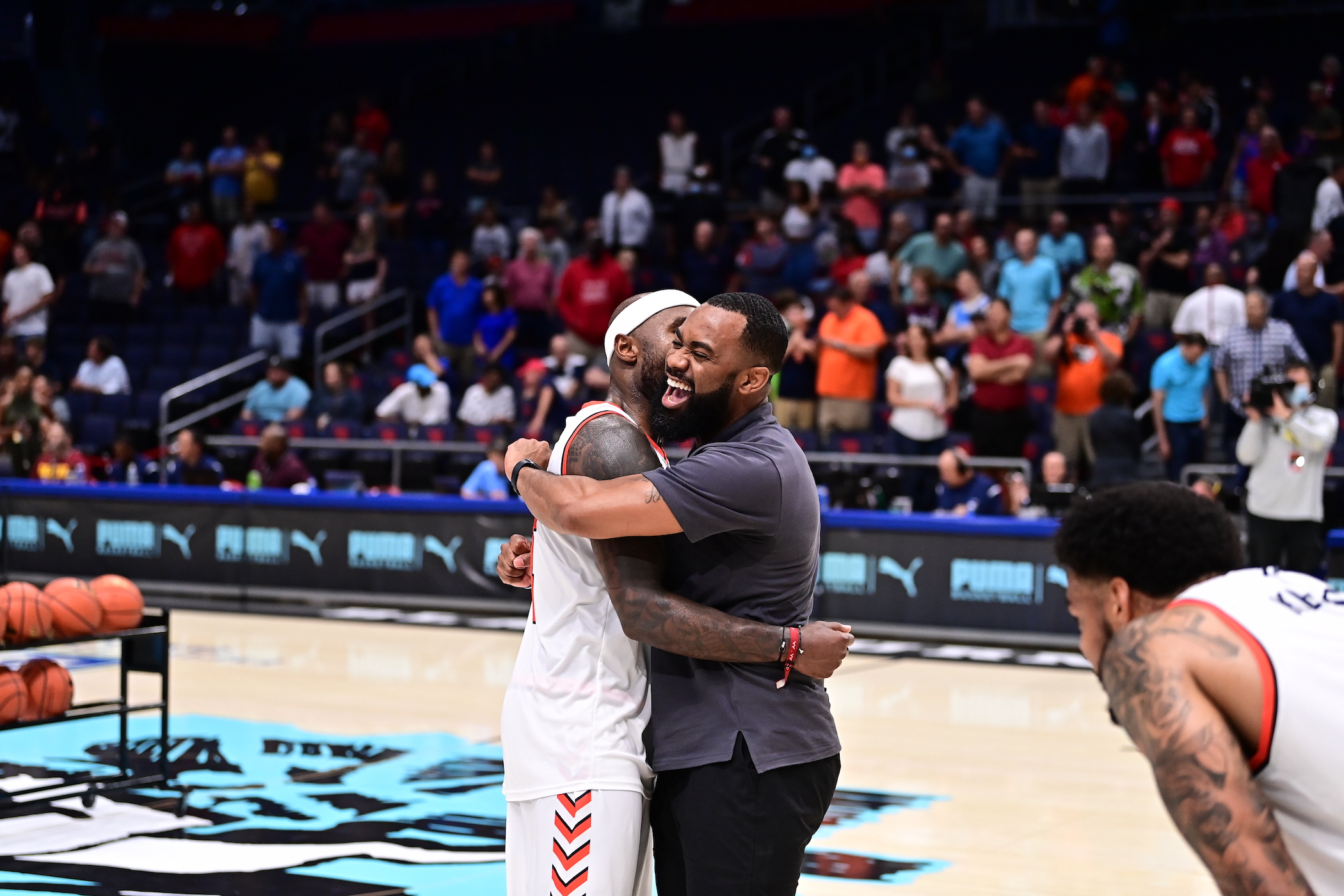 Like Rice has facilitated Boeheim’s Army’s offense throughout the Elam Ending, Jones did the same for Florida TNT. After Rice went one for two from the free throw line to give BA a 62-60 lead, Jones quickly moved onto the other side of the court.

While Kane was supposed to be on Jones at this time, he had moved too fast in transition and used the mismatch on Sykes to will his way into the paint. Jones scored, but a few possessions later with one basket needed to end the game, Kane positioned himself on Jones.

Jones dribbled at the top of the key with Kane in front of him before launching into the lane and spinning for a turnaround jumper. But with all the movement that Jones was making, Kane was mirroring every single step. Once Jones went up for the shot, he was too contested to get a good look.

The ball headed the other way, but like Jones, Rice fell short on a floater attempt with his left hand. Still, Rice fell back on defense and noticing that Florida TNT’s captain Kenny Boynton was trying to use a crossover to get by him, he stuck his hand out.

Rice got the ball off the steal like he did against Team Heartfire a few days earlier, but this time there was no other teammate ahead of him to pass the ball to. He sprinted to the basket, with the ball and championship hopes bobbling in his hands. But he gained control and finished the basket, turning defense into offense.

“He’s a killer. He’s always a guy you can count on in the game,” Kane said.