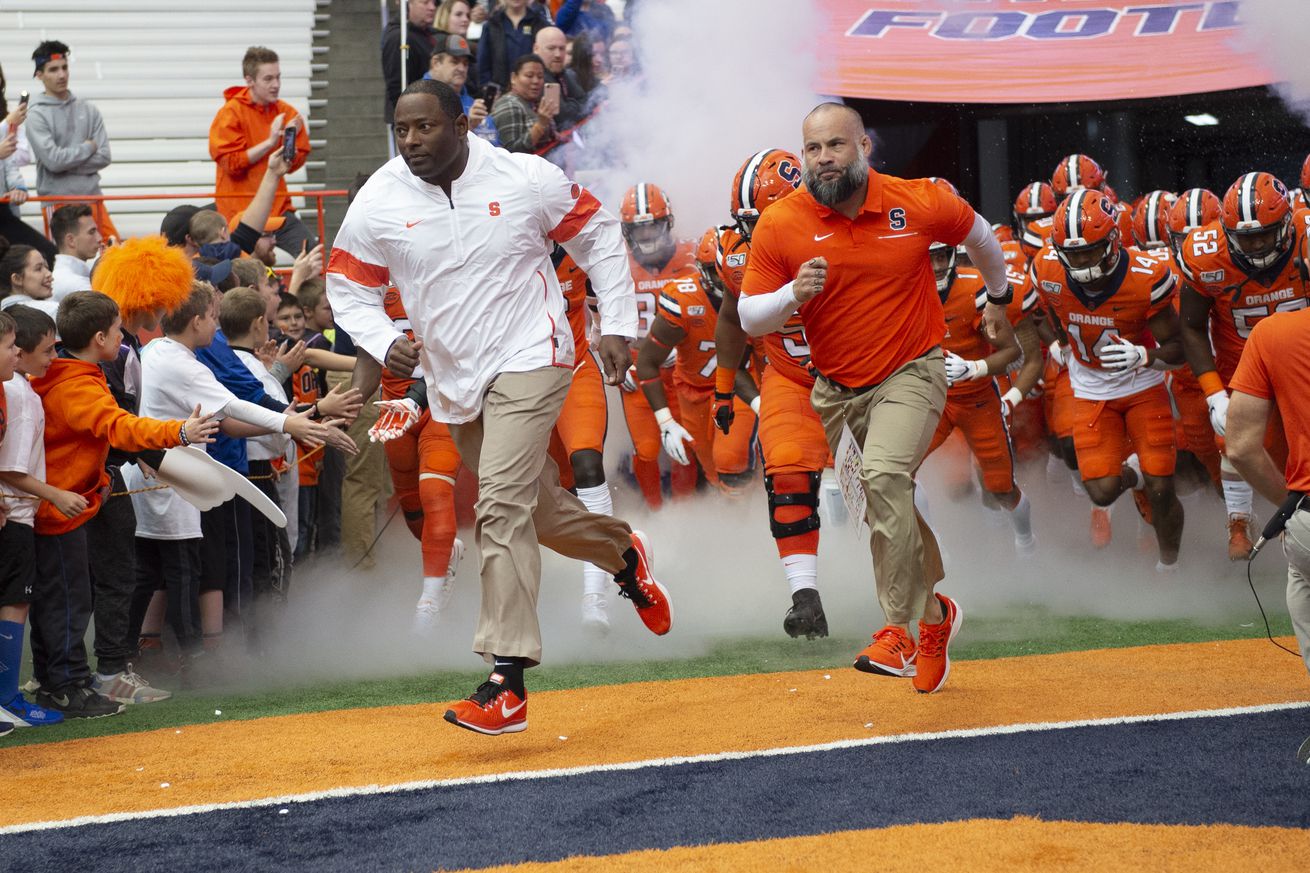 2019 stats: Williams played on special teams in his four appearances to preserve the redshirt. No statistics were registered.

2020 projections: He’s listed on the spring chart as the backup to Trill Williams at corner. That bodes well for Williams to see the field. The redshirt year seems to have helped add some muscle as well and his numbers were already good coming out of high school.

How’d he get here?: Syracuse was the ultimate destination, but Garrett had offers from Maryland, WVU, ECU, Air Force, Army and others before heading north.

“I don’t want to just say things that sound crazy, but he is the best cover corner I’ve ever coached,” Hickory Ridge coach Sam Greiner said.

Tweets of wonder: Lot of RT’s and support of his teammates on William’s feed. Figured some more support is the best option – here’s the entire SU DB corps in one photo.

Vultures On The Move #DBU pic.twitter.com/JVL1zf84Bk

What movie would Dino recommend for him?: Going for a blast from the past, with The Mighty Ducks, the 1992 movie about a former hockey player turned lawyer, Gordon Bombay (Emilio Estevez), forced to coach a youth hockey team as penance for a legal incident. Shenanigans ensue. Bombay learns lessons. One of the Ducks in this, and all the sequels, is played by Garette Henson.

Interesting nugget o’interest: Until his junior season, Williams was a quarterback. It wasn’t until the later stages of high school that he gravitated toward defense.

Let’s get a look at ya: As usual with the young guys, the signing day video –