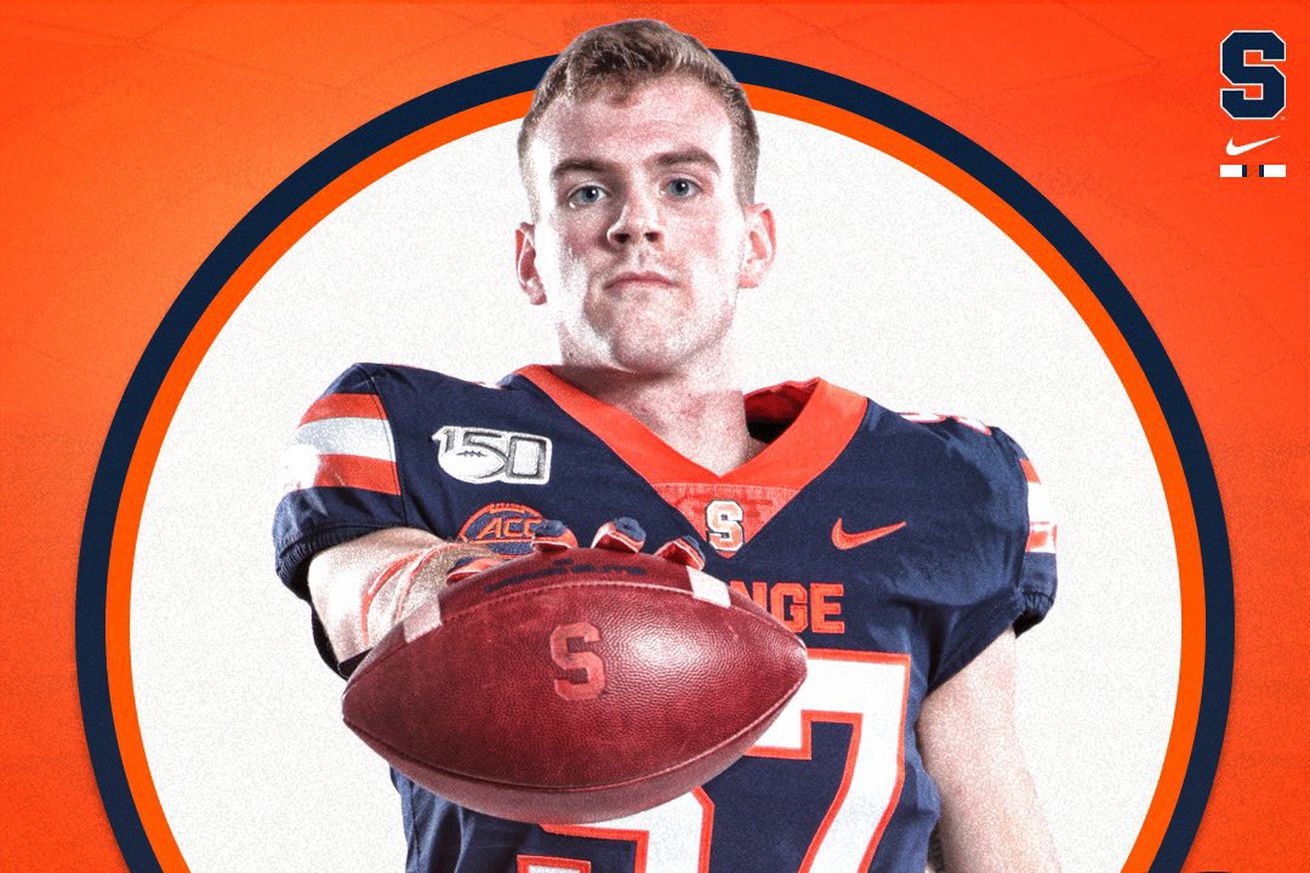 Let’s meet one of the newest Oranges

2020 projections: The defensive line is nowhere near nailed down, especially in a transition year as the Orange begin their 3-3-5 scheme. However, it’s a pretty good bet Lemieux will see limited action in an all ACC schedule, playing in only a handful of games before redshirting unless depth takes a hit.

How’d he get here?: Lemieux was a consensus top-10 prospect in the state of Massachusetts, getting recruited by local program UMass, as well as Rutgers and Army. Ultimately, former defensive coordinators Brian Ward and Steve Stanard got the defensive lineman to go Orange.

“As a 6-foot-4, 240-pound kid, his feet are unbelievable,” O’Leary said. “He’s got a motor that keeps moving. He’s constantly working to be the best he can be.”

What movie would Dino recommend for him?: With a name like Lemieux, we’re going 1995’s Sudden Death, a Jean-Cladue Van Damme action movie set in Mellon Arena, home of the Pittsburgh Penguins (and Mario Lemieux) that features the best licensed mascot fight scene in cinema.

Interesting nugget o’interest: As you can imagine for someone at 6’4”, Lemieux played basketball as well as football.

Let’s get a look at ya: Time for some high school highlights!