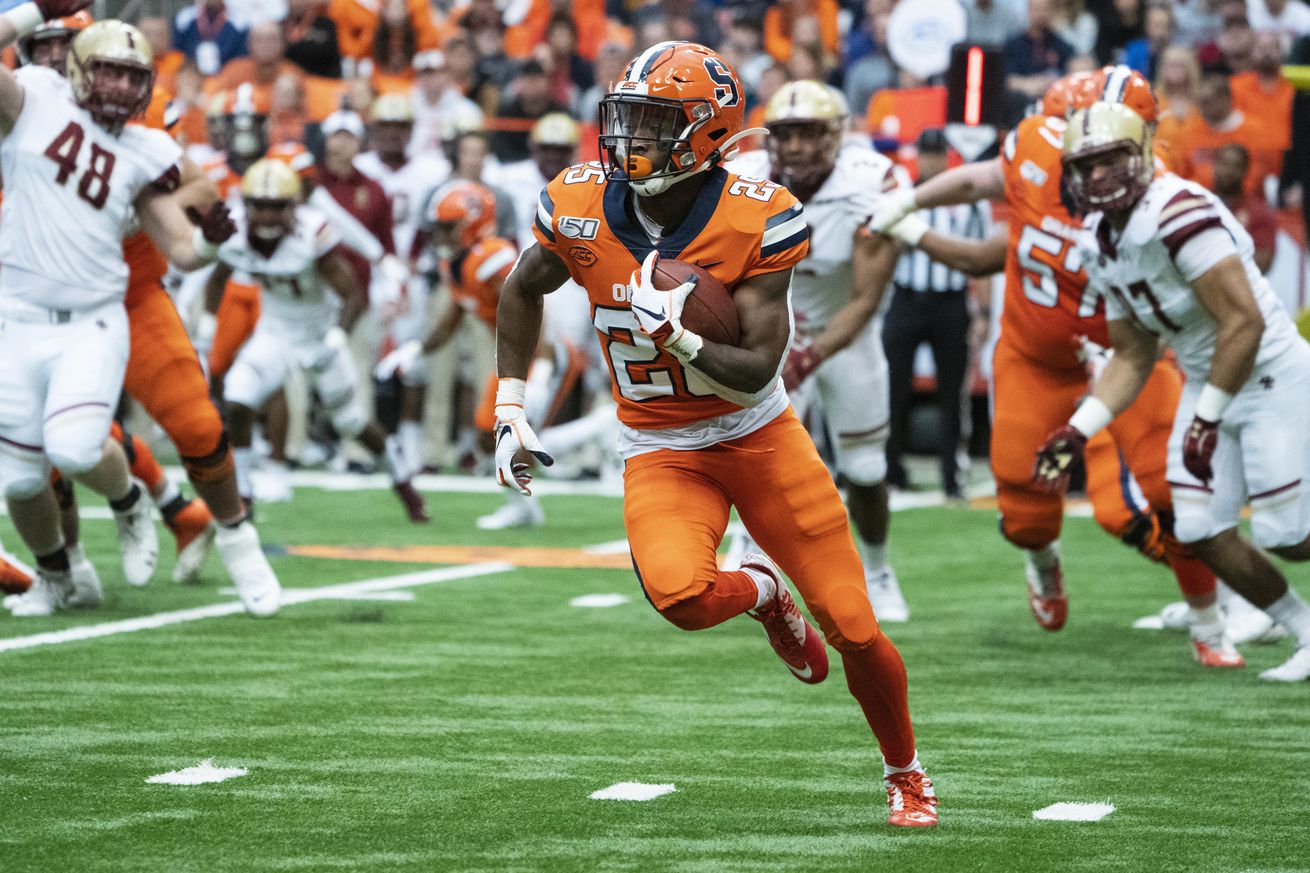 The speedy back could see a drastically increased role on offense

2019 stats: Jordan made the most of his four games to maintain his redshirt this year. He totaled 15 rushes for 105 yards and a touchdown coupled with two receptions for 87 yards and four kickoff returns for 114 yards. Those are impressive numbers for a true freshman.

2020 projections: Given his speed, you’d think that Syracuse would be eager to utilize Jordan’s abilities to great effect in 2020. We’ve mentioned a couple of times on this website how Jordan could be used in an Ervin Philips role as a slot receiver, not just as a running back. No matter what the case, Jordan promises to be an explosive option for the Syracuse Orange for the next few years.

How’d he get here?: Syracuse beat out some impressive schools for Jordan’s signature. Arizona, Fresno State, Missouri, and Oklahoma State were just a few of the teams to submit an offer.

“He might be the best running back they’ve had there in 20 years,” said Boller.

Twitter feed: @Cutsondime. We don’t often get great twitter handles, but this is one of the better ones on the ‘Cuse roster.

Tweets of wonder: Who else has signed the petition?

Submitting a petition for Jawhar Jordan to take over all return duties for eternity.

What movie would Dino recommend for him?: Jordan Fisher is more known for his theater work, but he did lend his voice to the excellent soundtrack of “Moana.” And let’s be honest, you can’t go wrong with a Disney movie.

Interesting nugget o’interest: Jordan scored five touchdowns during a game in high school on his birthday while being sick. The poise he displays in a post-game interview shows that Syracuse could have a very special talent on its hands.

Let’s get a look at ya: If you can spare to watch the highlights, one of the most memorable moments from last season was Jordan’s 81 yard catch-and-run against Louisville. And in typical Syracuse fashion, three Orange penalties prevented a score on that drive.