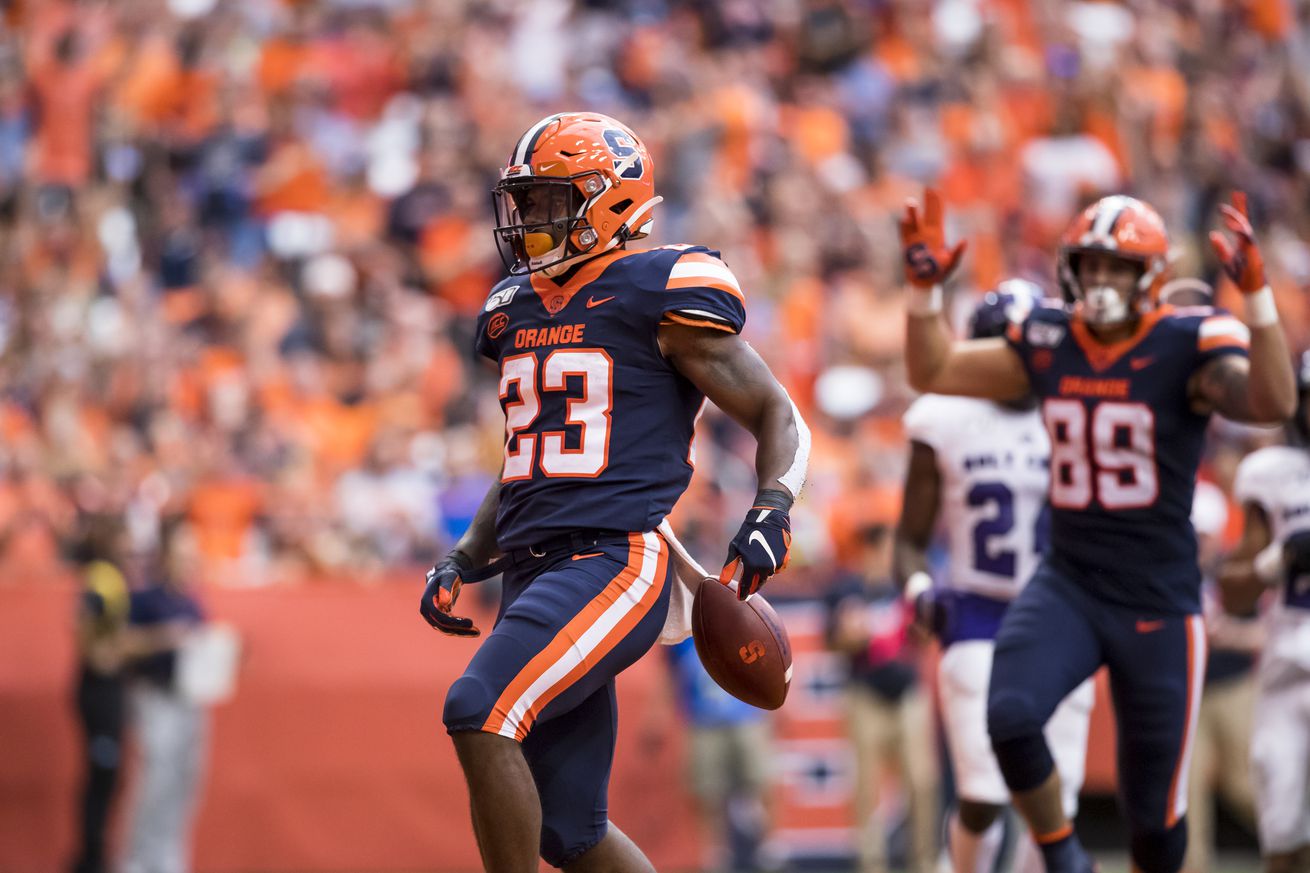 Let’s get to know Cuse’s (assumed) starting running back

2019 stats: In his first full season on the field for the Orange, Adams was the third-leading rusher with 336 yards on 87 carries, scoring 3 times. He also added over 100 receiving yards, while also contributing to special teams on punts.

2020 projections: Adams is one of a handful of backs competing for the starting slot, and he’s going to be my favorite to win the job. He showed flashes of being a very competent running back in the passing game, both with his blocking and receiving skills. These will be crucial for Tommy DeVito, who is losing a ton of returning production in the receiving corps. It would make sense for Adams to be able to get the majority of snaps if he’s able to provide a consistent and effective check down option for the QB, while also continuing to average 3.9 yards on the ground. It may not be flashy, but that’s the kind of effectiveness needed to make the offense consistent.

How’d he get here?: He transferred in from the Oklahoma Sooners program, and sat out the 2018 regular season, per NCAA rules. Abdul was able to appear in the Orange’s Camping World Bowl victory, and showed off his 4 star pedigree with two touchdowns in the game.

What’d recruiting sites say?: As mentioned above, everyone gave him 4 stars.

Money quote: Otto Zaccardo is one of the many ‘Cuse players who felt the need to up their game due to what Adams brought to the team:

“He came here and it gave me a chance to see that’s a complete back,” Zaccardo said. “He has great hands, great pass protection. He’s the total package.”

Tweets of wonder: He’s not a big tweeter (probably a good thing) but he says what’s on everyone’s minds:

Szmyt is that guy!

What movie would Dino recommend for him?: I was today days old when I learned that Kareem Abdul-Jabbar was in “Airplane.” Neat!

Interesting nugget o’interest: Adams had at least 20 friends and family at the Maryland game in what was supposed to be his big homecoming game.

Let’s get a look at ya: You can check out Abdul’s first score of the season at the 54 second mark when he scored versus Liberty.