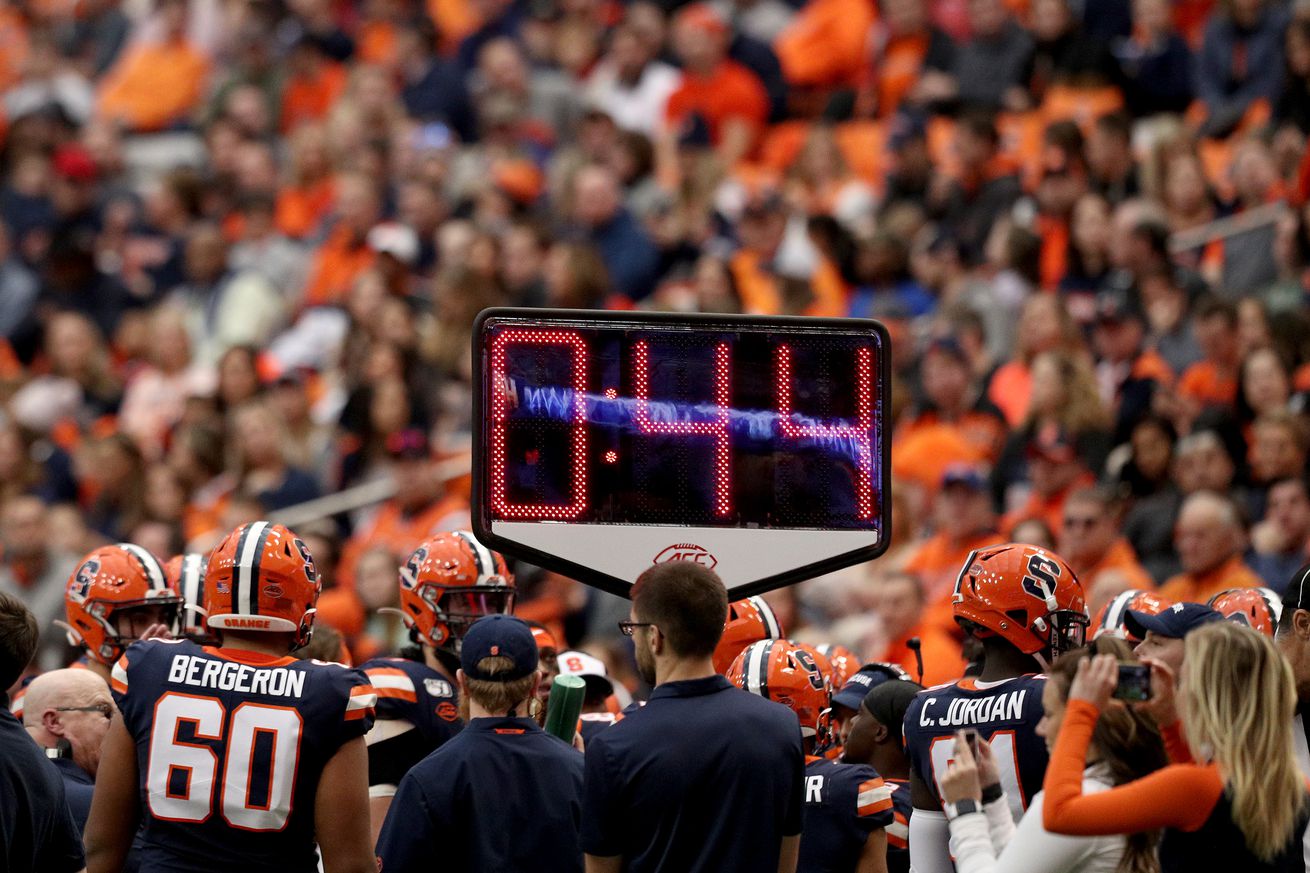 A lot is riding on the linebacker position for this defense…

2019 stats: While he didn’t spend much time on the Syracuse Orange defense, Kpogba still played in 11 games as a true freshman last year. He recorded one tackle as a member of the special teams unit, and played on the return and coverage teams at various points.

2020 projections: The most current depth chart has Kpogba as the second-string weakside linebacker behind Tyrell Richards. Even if he’s not starting, you’ll likely see plenty of the promising young player (on special teams and in spots on defense).

How’d he get here?: At first, Lee picked West Virginia over offers from the likes of Florida State, Tennessee, Virginia, North Carolina and plenty of others. But after he decommitted from the ‘Eers, it wasn’t long before he was headed to Syracuse.

What’d recruiting sites say?: Four stars from Rivals, while 247 and ESPN didn’t believe to the same extent, giving him three.

Money quote: Lee detailed how he and fellow linebacker Mikel Jones both decided to commit on a trip to Syracuse back in 2018. Hopefully we can inspire similar faith from some of 2021’s targets.

“We were talking about it during the trip like we could both commit here, join the program and help them reach a level they haven’t reached yet.”

Tweets of wonder: Always great to see your alma mater celebrate you a bit.

Congratulations to Lee Kpogba for signing his NLI today to play football at Syracuse University. Parkland is proud of you! pic.twitter.com/QEWe6E69j2

What movie would Dino recommend for him?: I’ll avoid the obvious Lee Pace pick, “Guardians of the Galaxy,” where he plays Ronan. Instead, how about 2006’s “The Good Shepherd” as the Lee Pace film to see? In the movie, Pace, plays Richard Hayes — but it’s mostly about the early days of the CIA, primarily through the eyes of Edward Wilson (Matt Damon).

Interesting nugget o’interest: Though Kpogba comes to us from Winston-Salem, he was born in Ghana, making him one of numerous players on this Orange roster born outside of the U.S.

Let’s get a look at ya: See? Rivals believed the whole time.