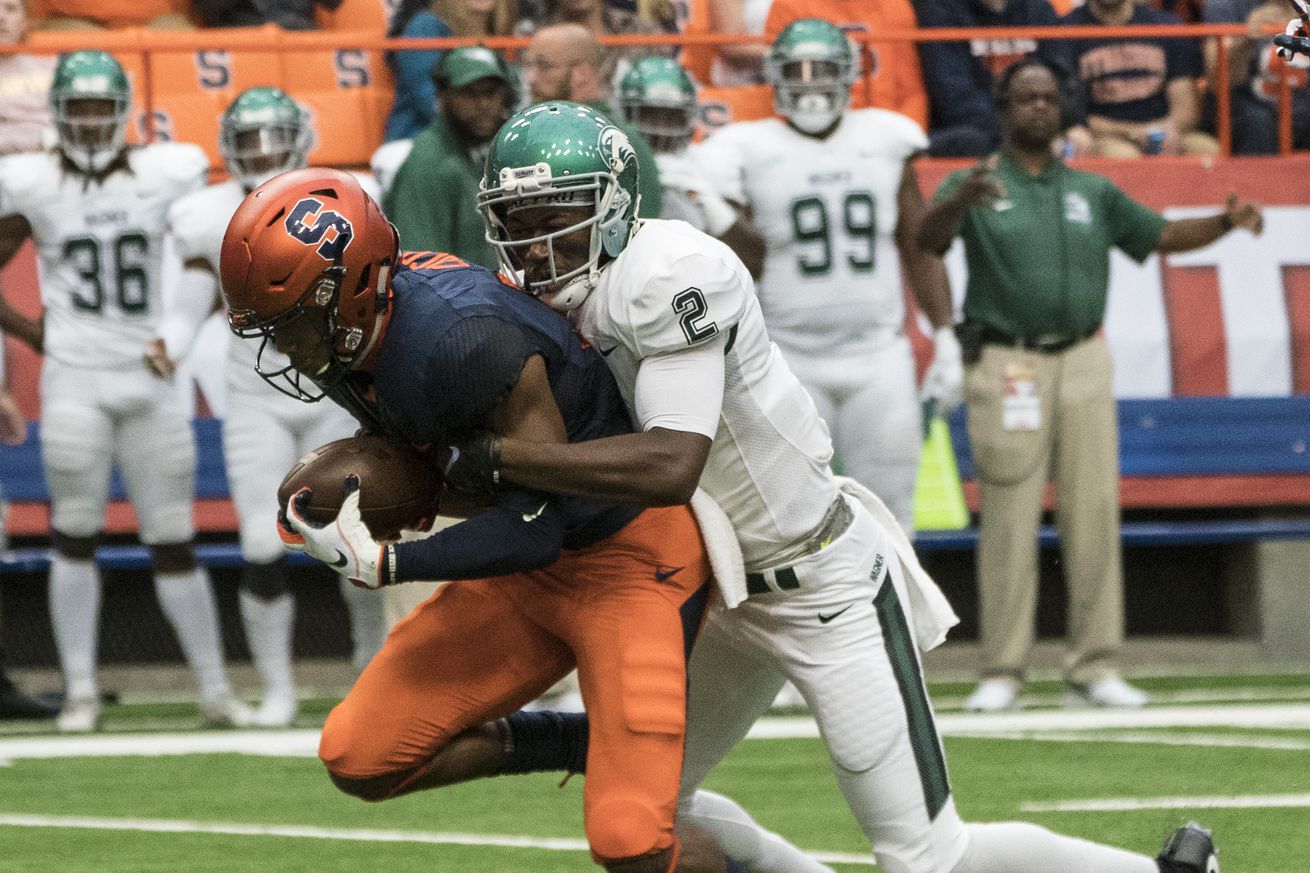 Let’s learn about another ‘Cuse Wide Out!

2020 projections: There is an incredibly crowded field for receivers this season, and Johnson’s move inside will probably help, as that position is less solidified. However, it’s more than likely unless he really shows off in camp, special teams will be the way to field.

How’d he get here?: Interest and offers from Illinois, Purdue, Temple, App State and others weren’t going to sway him from coming north with the other reverse snowbirds.

Tweets of wonder: Here’s a look at his grab versus BC a couple of seasons ago.

What movie would Dino recommend for him?: We’re going to go real niche with Kingmakers, the 2015 murder mystery and first time tailor opportunity for Sharod T. Woods, who would go on to work on Black Panther and Ant-Man & The Wasp.

Interesting nugget o’interest: Though Johnson graduated from Booker T. Washington, he previously attended Miami Jackson High School. Among the most notable alums from there is Bob Vila, long-time host of the show “This Old House.”

Let’s get a look at ya: High School highlights time!