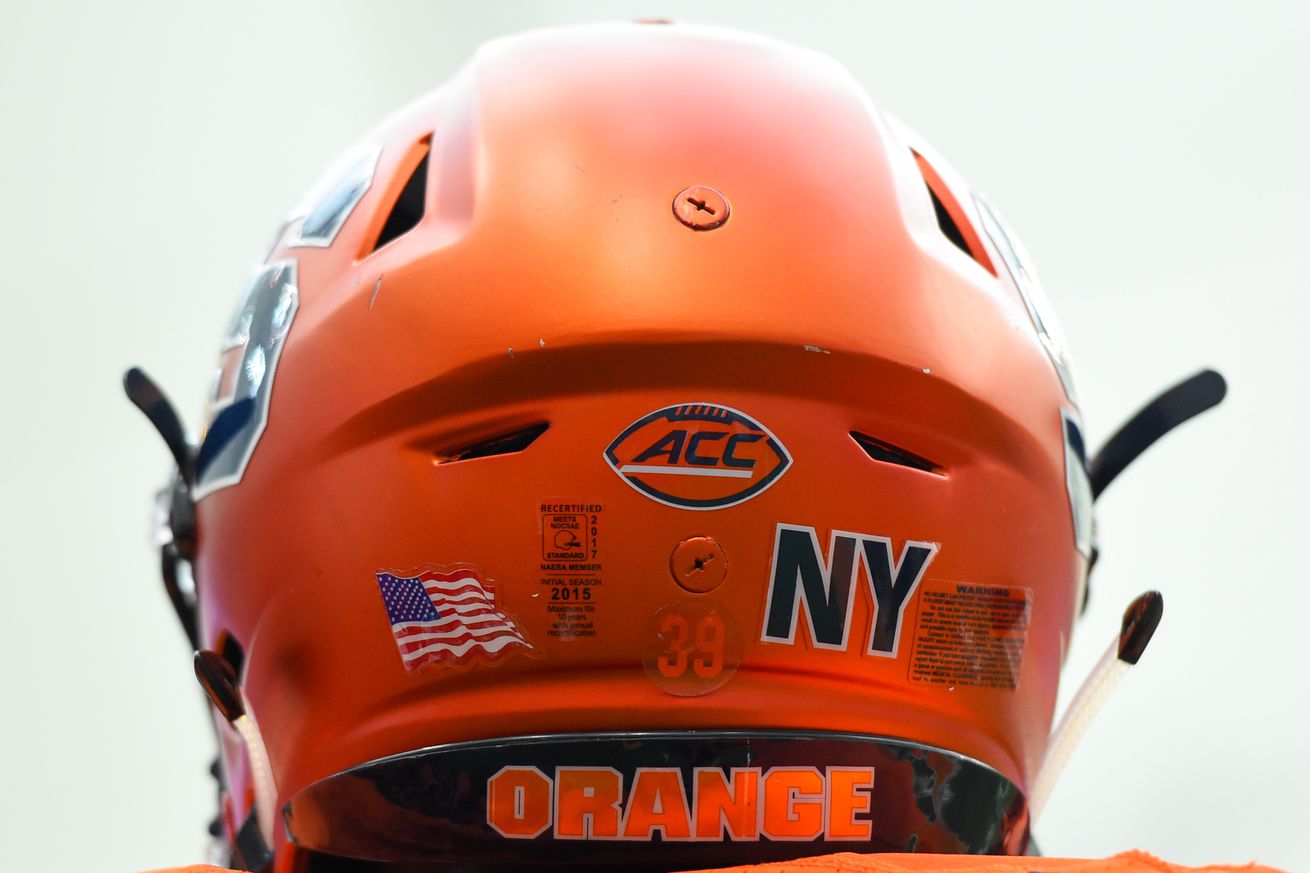 Time to get to know a member of the secondary

“Get to Know Your Orange Man” returns for the 2020 season! And until we hear that the Syracuse Orange aren’t playing football this year, we’re doing these every Monday through Friday going well into August.

2019 stats: He wore a shirt that many would describe as red, so he was chilling on the sidelines during games.

2020 projections: Nunn is the backup Free Safety behind fellow Redshirt Freshman Aman Greenwood. This is probably going to be one of the more interesting position battles to follow, and both will see action this season to see if either can hold down the starting spot consistently.

How’d he get here?: If you couldn’t guess, Nunn is a South Florida kid and did what most South Florida kids do and flipped to Miami from Syracuse. Then he changed his mind, because Syracuse is better, and now he’s with the Orange.

What’d recruiting sites say?: 247Sports saw him as a four-star prospect which is awesome, and everyone else saw him as a 3 star.

Money quote: As alluded to above, Nunn is going to be competing for a starting job in the secondary, and Stephen Bailey has a solid breakdown of how it’s not as simple as Nunn or Greenwood getting the job.

What’s clear is this: the starting secondary, when it’s all said and done, will feature the Orange’s five best defensive backs. Greenwood and Nunn can make a case to be in that group this spring.

Tweets of wonder: Yeah, we love him too.

What movie would Dino recommend for him?: Neil Patrick Harris has appeared in many-a-project over the years, but we go with one of the more recent here in 2014’s “Gone Girl.” He plays Desi Collings in the film about the investigation and media scrutiny around a woman’s murder and the husband put in the crosshairs afterward.

Interesting nugget o’interest: Nunn was a successful two way player in high school, and while he was definitely a more highly, recruited safety, but he’s got great hands and wide receiving pedigree. I’m not saying he sees the field on offense with the stacked receiving corps, but something to watch for.