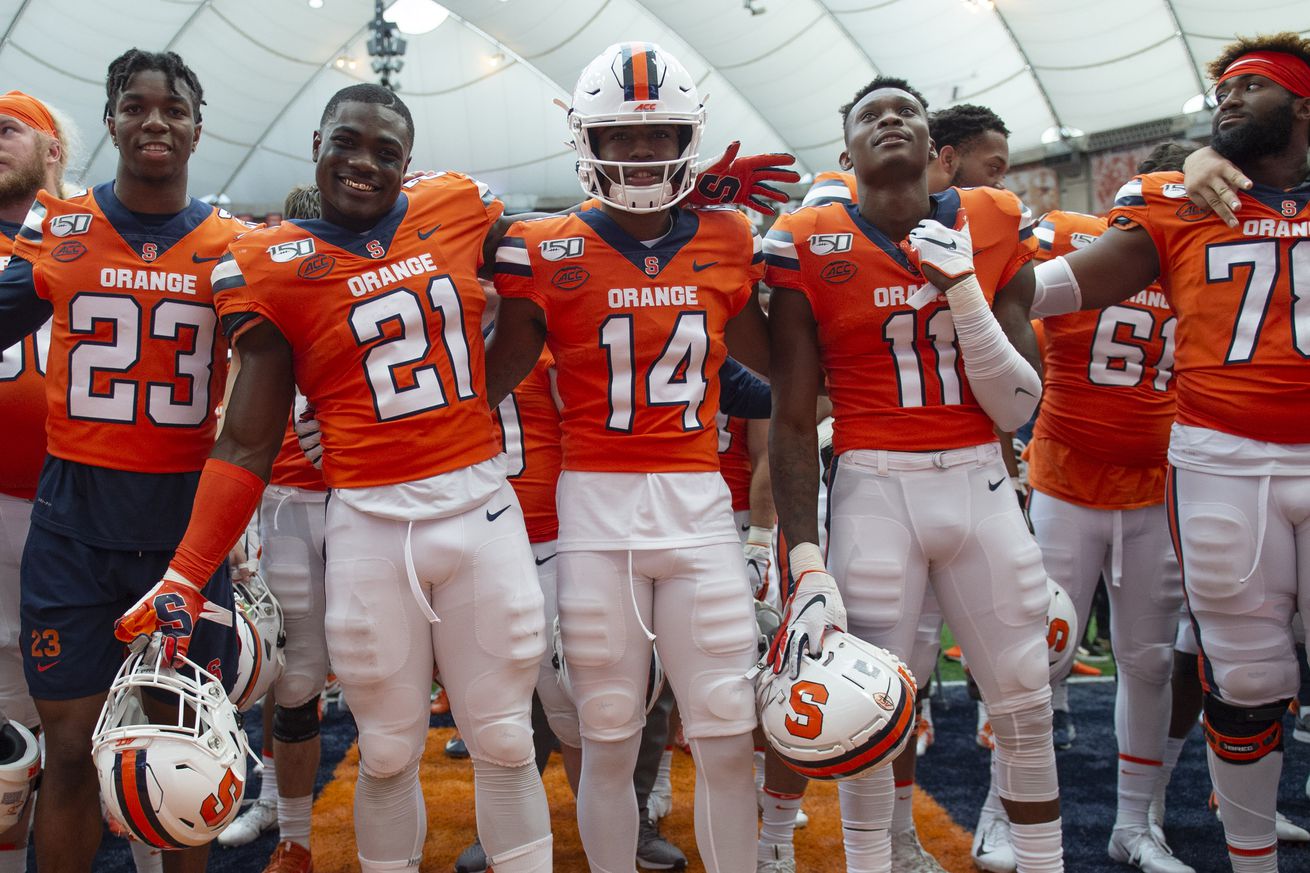 2019 stats: Mainly played special teams in his first full season with the Syracuse Orange. Queeley got a few offensive snaps but didn’t record any statistics.

2020 projections: The spring depth chart listed Queeley behind Taj Harris as the primary outside receiver. Hopefully that means he could get a couple more snaps with the offense and get a couple of touches. Queeley still looks like he’ll play a lot of special teams though in 2020.

How’d he get here?: UCF, Duke, Akron, and Minnesota were just some of the many teams that submitted an offer for Queeley.

Riley is also high on redshirt sophomore Anthony Queeley, who he described as smooth with strong hands…

Tweets of wonder: Queeley and Trishton Jackson play to the camera during last year’s camp.

Is this thing on? pic.twitter.com/VEYEcXLVPs

What movie would Dino recommend for him?: Queeley is from Orlando, so why not watch Disney’s hottest new hit on Disney+ in “Hamilton.” Anthony Ramos plays the dual roles of John Laurens and Philip Hamilton in the blockbuster musical.

Interesting nugget o’interest: We mentioned it last year, but it’s too cool not to mention once again – Queeley has a sneaker business on the side. Best of all, no NCAA violations here!

Let’s get a look at ya: You want Syracuse to throw more bubble screens? Well the wideouts have to block – and Queeley did just that against Trill Williams in a drill last year.