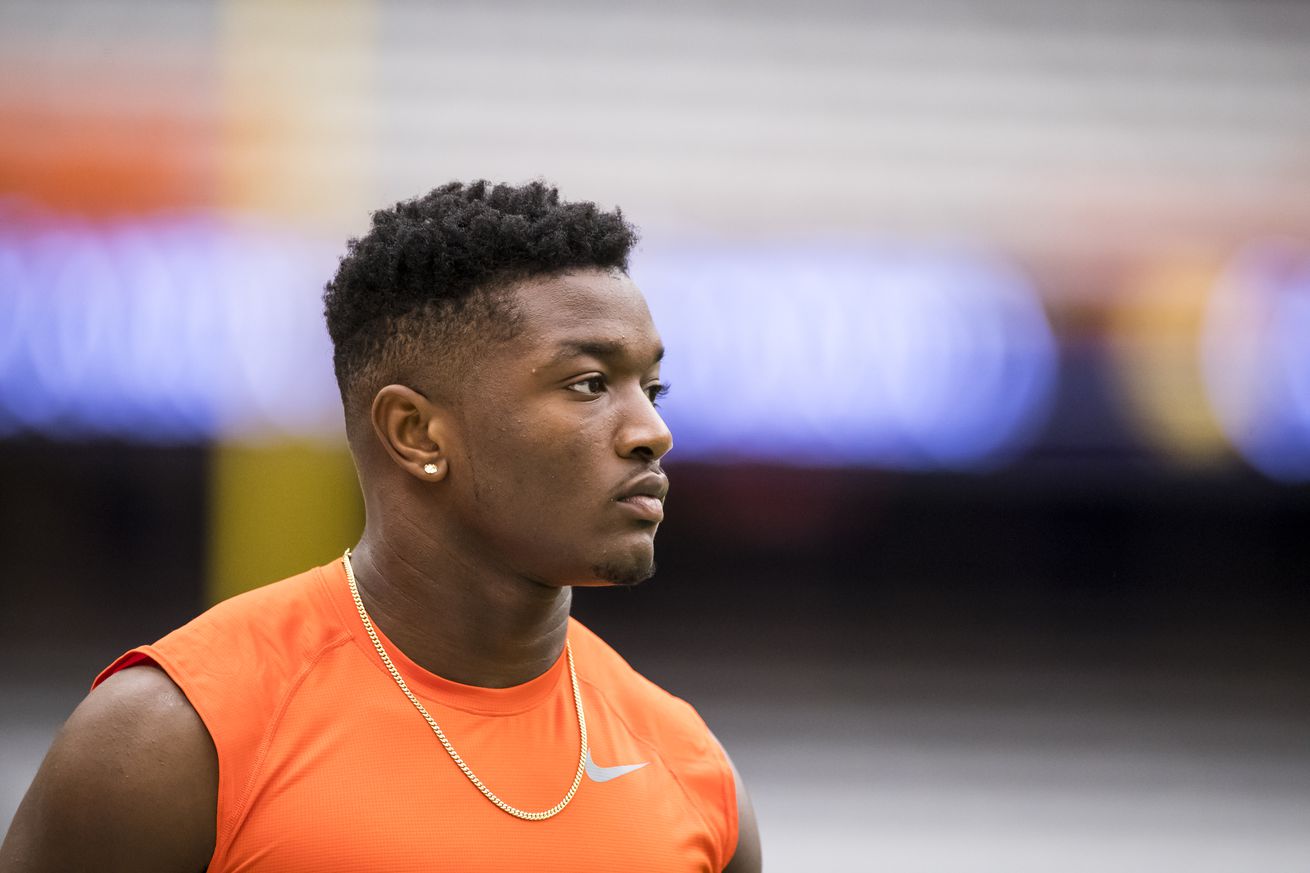 2019 stats: Jones appeared in all 12 games as a true freshman, making an impact on special teams and working his way into regular time at the linebacking core. He ended up with 38 total tackles, and was on the Pro Football Focus All-Freshman third team.

2020 projections: Jones is currently a backup for the Syracuse Orange (more on that in a bit), but is part of a group of linebackers who could usurp starting roles from listed starters. Jones will still see the field in plenty of action, especially with how good of a run stuffer he is compared to the rest of the group.

How’d he get here?: Recruited by a bunch of SEC schools, Jones was seriously considering Ole Miss and Louisville, with offers from Ohio State, Auburn, South Carolina, and more. Ultimately, current teammate Andre Cisco was a big recruiter for Jones, which works out now given that both are standouts (or standouts in training) on defense for ‘Cuse.

What’d recruiting sites say?: ESPN gave Jones 4 stars, and most places gave him three. His overall composite was just short of 4 stars, and with hindsight, was more indicative of his talent.

Money quote: Why isn’t Jones listed as a starter after finishing last year in a starting role? Dino wants the linebackers to get bigger, and Jones is behind the 6’4” Geoff Cantin-Arku in the middle spot. (6’4” Tyrell Richards and 6’5” Steve Linton are starting in the outside spots.) But that isn’t discouraging Jones at all —

Tweets of wonder: He’s all in La Familia.

What movie would Dino recommend for him?: Not a movie, but a show. He’s going to recommend Season 1 of Prison break, where rapper Mike Jones shows up as Darius for two episodes.

Interesting nugget o’interest: Jones and fellow linebacker Lee Kpogba actually decided together that they were going to head to SU.

Let’s get a look at ya: Let’s see that National Signing Day video!