Everyone has a story about the former safety’s compassion, Paul’s former teammates said.

“Markus was just a good soul,” former Syracuse teammate Pat Davis said. “He tried to look out for everybody. He just always let you know, if you needed somebody to talk to, you were having a bad day — he was there for you.”

Paul died Wednesday after experiencing a heart attack in the Dallas Cowboys facility the day prior. He was 54.

The former Syracuse safety dominated the Big East from 1984-88, earning a spot on the Orange’s All-Century team. He holds the program’s record for career interceptions (19). Paul inspired future generations of athletes during his 22-year tenure as a strength and conditioning coach in the NFL, leaving behind a legacy of faith, optimism and diligence.

“Markus epitomized the best that is in us … He was a friend, teammate, captain, counselor and so much more,” Syracuse teammate and friend Jeffery Mangram said in an email. “He loved those he was not supposed to love, those who did not like him.”

Paul was raised in Kissimmee, Florida and was an All-State quarterback and defensive back at Osceola High School. Most college coaches didn’t think Paul was talented enough to play offense, but Syracuse head coach Dick MacPherson recognized his hard work, leadership and character, former teammates said.

MacPherson let Paul choose his position at Syracuse, and Paul elected to play safety, as he wanted to earn playing time as soon as possible. He could’ve competed with quarterback Don McPherson, who went on to win the Davey O’Brien and Maxwell Awards, teammates said. 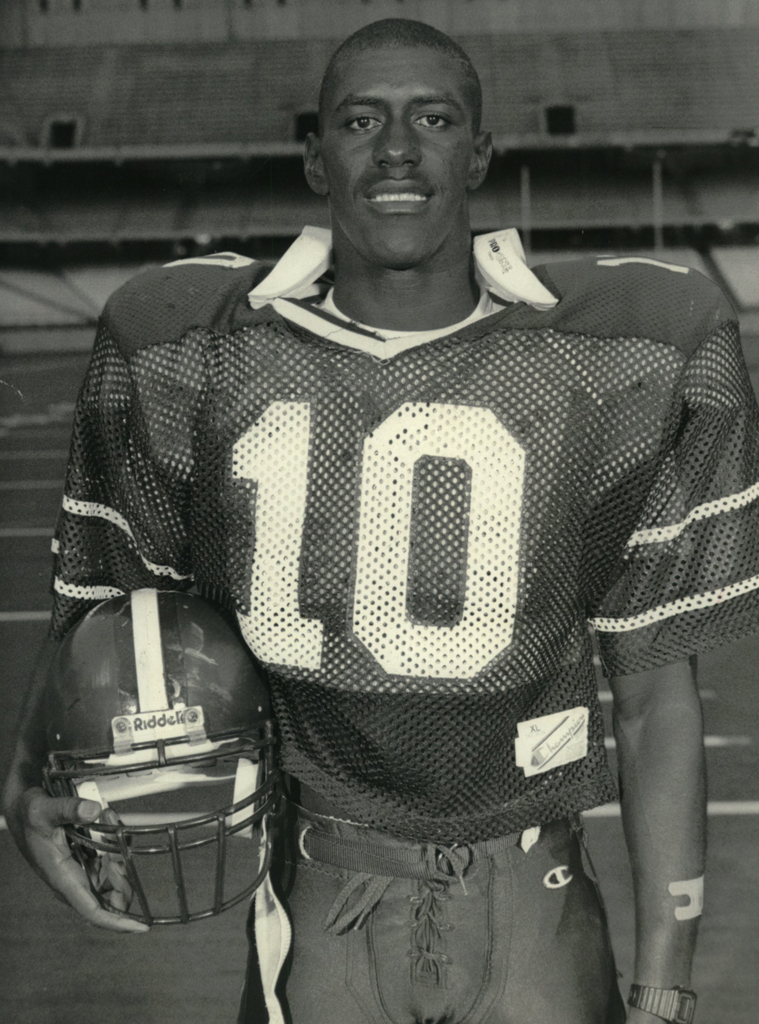 Paul redshirted his freshman year but remained an influential voice in the locker room, often gathering the fellow members of that 1984 class for workouts, film sessions and meals. Former SU defensive coordinator Norman Gerber called him “the greatest student of the game” that he coached, Mangram said. Paul was the starting safety by the 1985 season, and he started every game for the next four years.

Paul became an instant leader, teammates said. In 1986, he convinced his graduating class to stay on campus for the summer, organizing workouts and lifting sessions. He was serious, keeping teammates focused in practice and in the locker room, but his smile was infectious.

“He would use me to be the kind of guy that would make him laugh when he thought he was too serious,” Davis said. “He’d be like ‘Pat, I need a laugh today, tell me a joke. I need to hear a song.’”

In SU’s undefeated season in 1987, Paul was a runner-up for the Jim Thorpe Award, given to the best defensive back in the nation. He snatched five interceptions that year and four his senior year as he became a Sporting News All-American in 1988. His three-interception performance against Temple in 1985 remains a program record. 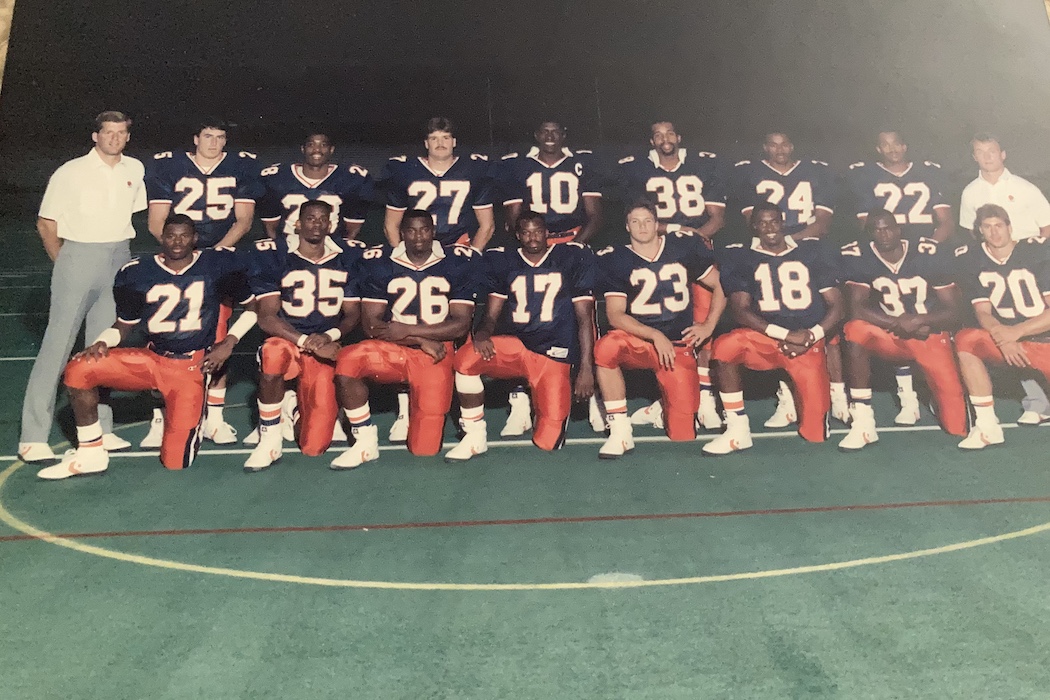 Markus Paul (No. 10) played in the NFL for four years with the Chicago Bears after his time at Syracuse. Courtesy of David Holmes

After he was selected in the fourth round of the NFL Draft, Paul played four years with the Chicago Bears and a game with the Tampa Bay Buccaneers before a knee injury ended his career. Paul moved back to Syracuse, found a job at Kemper Insurance and wrote a Friday column in The Post-Standard.

Paul was at his Kemper desk when then-New Orleans Saints coach Mike Ditka called one day. He was searching for an assistant strength and conditioning coach to work under Mike Woicik, who filled the same position when Paul was at Syracuse.

In the mid-80s, Woicik recruited Paul to take part in his Syracuse workout videos. The two had spent countless hours lifting, doing agility drills with a ladder and improving Paul’s conditioning during his five seasons.

Ditka coached Paul with the Chicago Bears and remembered his diligence in the weight room. His persistence was unheard of for a rookie. A decade later, it made sense for Paul to join Ditka’s staff.

“Markus is at his desk, and they yell ‘Markus, you have a phone call from Mike Ditka.’ Markus was like, ‘What?’” Holmes said. “He offered him the job, and they made arrangements for him to fly down to New Orleans.”

He loved those he was not supposed to love, those who did not like him.

Paul built a reputation as a coach for his serious-yet-silly demeanor and his piousness, much like at Syracuse. He went to Bible study with Eli Manning and danced in the locker room to 80s music, Holmes and former teammate John Dominic said.

While with the Patriots in 2000, a rookie Tom Brady trusted Paul — he had heard of his reputation from his playing days — and asked him and Woicik to open the Dana-Farber Field House three hours before practice. Paul stayed hours after, too, helping Brady train.

During his 22-year NFL coaching career, Paul worked with five different teams but followed Woicik from New Orleans to New England and, finally, to Dallas. Paul was part of five Super Bowl teams as a coach under Bill Belichick and Tom Coughlin.

Paul took over in January for Woicik, who left the Cowboys as the head strength and conditioning coach. Paul was beloved by the players, especially linebacker Leighton Vander Esch, wide receiver Amari Cooper told USA Today. One day after his death, the Cowboys wore hats with his initials during the pregame before their Thanksgiving matchup with the Washington Football Team. Their helmets donned a decal with the same.

“Markus was a special man,” Cowboys head coach Mike McCarthy said. “I can’t tell you the impact he made on our football team, really on the whole organization.” 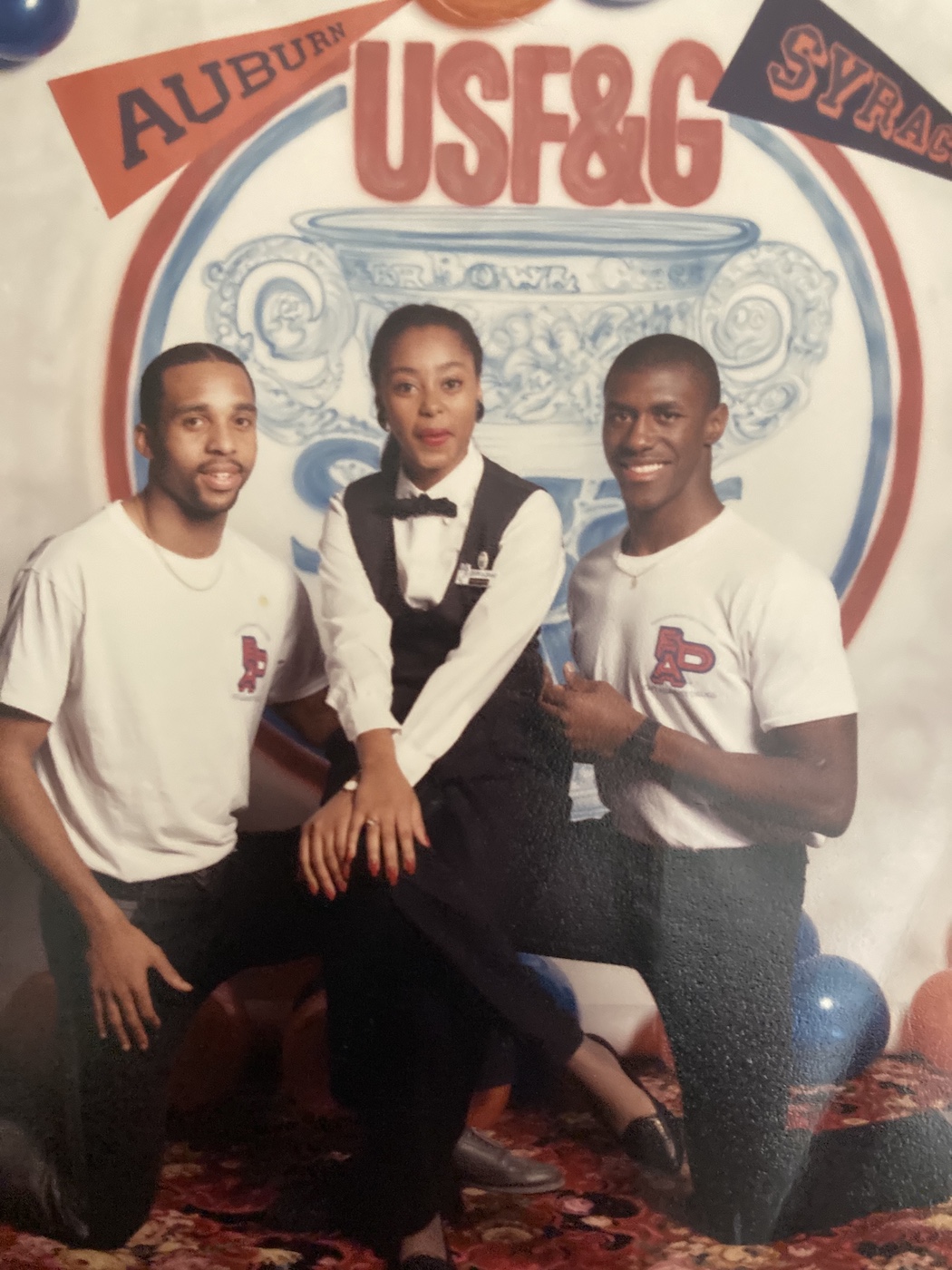 Paul’s teammates at Syracuse agreed with McCarthy about his impact on their lives. In the early 90s, when Paul played for the Bears, Holmes asked Paul before a game to set him up on a blind date. Paul obliged, and thirty years later, Holmes and his date are still married.

“That’s just who he was. He was the type of guy who’d do anything for you,” Holmes said. “He was the best human being I’ve met in my life, by far.”