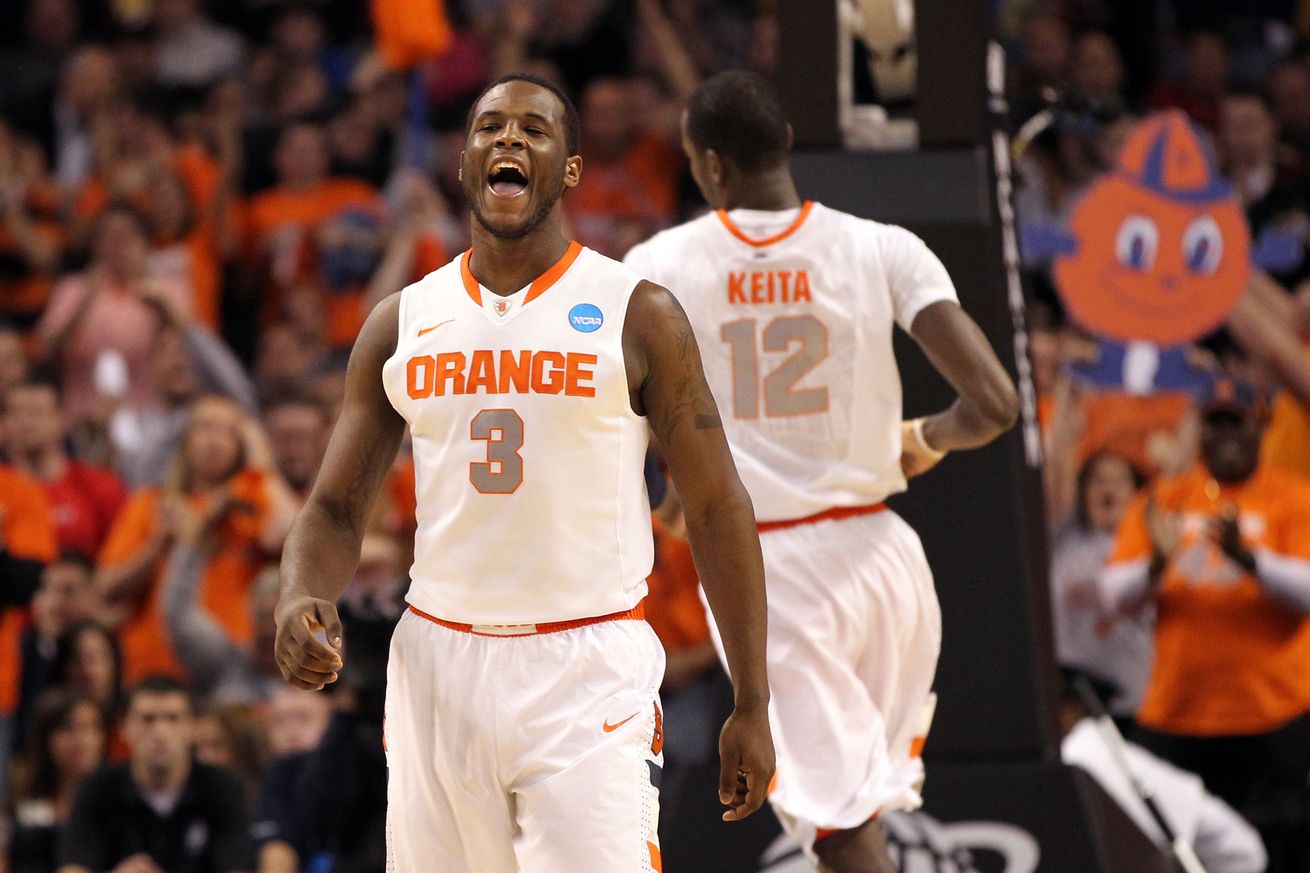 And no, I’m not talking about the fruit.

Dion Waiters will be the first Syracuse Orange men’s basketball product to play in the NBA Finals in 40 years. The last player to do it was Marty Brynes, who of course won a ring with the same Los Angeles Lakers franchise in 1980.

Waiters will be going up against a familiar foe come Wednesday in the form of the Miami Heat, a team that he played with for four seasons before coming to the Lakers. In South Beach he played in 123 games (starting in 101 of them) averaging 13.9 PPG, 3.6 APG, 2.9 RPG. In other words, he was PROBLEM.

Orange fans were excited to see both Jerami Grant and Dion Waiters go at it in the Western Conference Finals but Waiters has still yet to come back after pulling his groin in Game 2 against the Houston Rockets. This does raise some concern on whether or not he’ll be 100% after resting since. Pulling your groin can be annoying to come back from. It’s a delicate area so when it’s hurt it can seriously impact simple movements like walking or running.

For those who remember, last season Elijah Hughes injured his groin during warm ups before playing North Carolina State back in February. He couldn’t play because of it.

The good news is that Dion Waiters has a chance at winning a ring no matter the outcome of this series. His situation is unique and only a few players in the NBA have had it like this. If the Lakers win, he gets a ring. If the Heat win, the organization will have the choice of offering the Philadelphia native a ring too since he was on the roster earlier this season.

Waiters is more than likely to be ready for this series against the Heat. He was listed as “questionable” for Game 5 against the Denver Nuggets, which is an upgrade since he first got the injury. Throughout the other games he was either listed as “doubtful” or “inactive.”

By the time the NBA Finals is underway we should definitely expect to see him playing once again. Despite him having the chance of winning regardless of what happens, what baller wouldn’t want to be out there playing? Waiters has played over 30 total minutes this postseason and has scored only 10 points.

For folks that need a reminder, here are some of his highlights from when he was playing at Syracuse. He averaged 9.7 PPG, 2 APG, 2.3 RPG in his two years here. He did all of this coming off the bench and his efforts led to him winning the Big East Sixth Man Award in the 2011-2012 campaign. Good luck in the Finals, Philly Cheese.