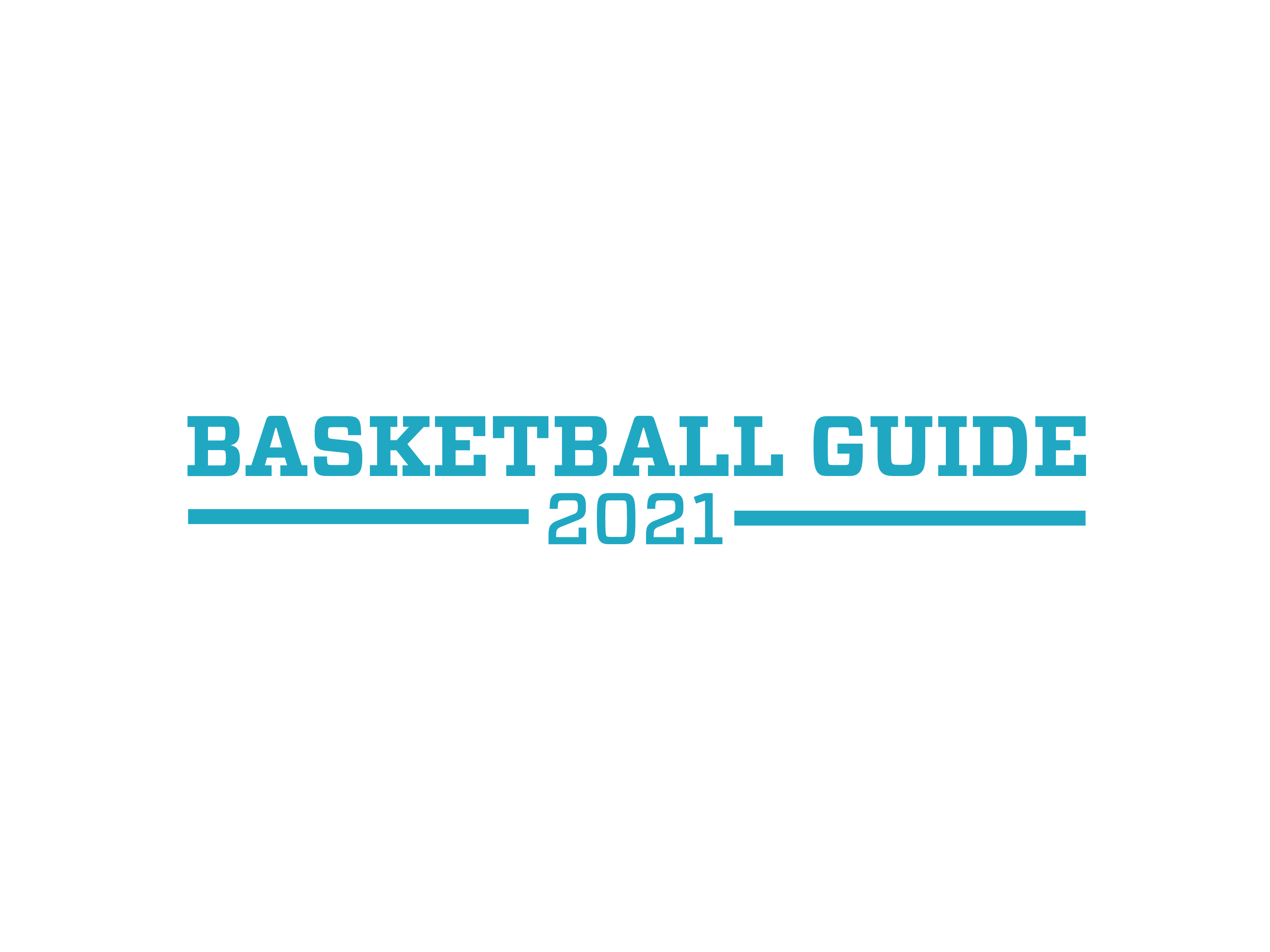 When Jayla Thornton made her organized basketball debut as a seventh grader at the Ridge Street (New Jersey) Elementary School, her parents couldn’t believe she joined the team. Thornton had only watched basketball with her father, Jay. But he never knew his daughter had an interest in playing the game.

“I didn’t really take her seriously until I went to one of her games and then I saw her play,” Jay said.

Despite starting later than most girls her age, Thornton declared she wanted to play basketball for a living that day. Since then, Jay said he has committed himself to helping his daughter achieve her dream.

Thornton’s game of “catch-up” has led her to a graduate year at Syracuse after spending her undergraduate career with Howard, where Thornton was named the Mid-Eastern Athletic Conference’s 2020-21 Player of the Year. She holds the conference’s record for made 3-point field goals with 275.

As a late bloomer to basketball, Thornton mastered shooting before developing other basic skills such as dribbling. Her shooting became an encouraging foundation to shape the rest of her game, her parents said.

Growing in Jersey City, Jay was aware of the competitiveness of girls basketball in the Newark area, so finding the best training was the only way to quickly develop Thornton as a player. He knew Thornton had to quickly match the caliber of the talent she faced — the kids who all started playing years before his daughter.

“Most kids that start behind, you put that stress on them, it makes them kind of lose the love for the game or think ‘I’m not gonna get it,’” Thornton said. “I honestly just stayed in the gym. I just loved being in the gym. That was really an outlet for me.”

Outside of those personal training sessions, Jay encouraged Thornton to watch professional and collegiate basketball games, and he often paused the TV to review a specific scenario. Many of those clips featured his favorite NBA player, Michael Jordan, leading the pair to study Jordan’s approach to different in-game situations.

Thornton’s shooting ability defined her playing style, former teammates said. It’s why opposing teams yelled “shooter” whenever she stepped on the court, former teammates recalled. Her willingness to shoot whenever she had the opportunity inspired her teammates to do the same and quickly developed those around her to share that same offensive instinct on each team she played for.

At Howard, Thornton averaged just under 70 3-pointers per season, finishing her career with a shooting percentage of 34% from outside the paint. She recorded her 1,000th career point in December 2020 against LaSalle and ranks among the Bison’s top-20 all-time scorers.

“She’s a high volume 3-point shooter,” local Historically Black Colleges and Universities sports expert Donal Ware said. “You take her off that team, that team is not as solid as they were in years past.”

Thornton developed quick enough to become on par with her competition’s skill level, eventually allowing her to play for two of the country’s top AAU programs — New Jersey Sparks and iEXCEL — which led to the most noticeable jump in her game.

Thornton’s improvement wasn’t mainly due to playing against better competition but rather the AAU’s intense training environment. At iEXCEL, practices were scheduled on the weekend and typically ran four to five hours long. With players coming to Newark from as far as Maryland and Philadelphia, multiple weekday sessions would not be feasible for the team.

But the iEXCEL environment contributed to its own high standards and ultimately the program’s winning culture. Occasionally, the program’s head coach Walter Welsh would stop his practices to call out his players for nearly an hour if he believed his players were not performing to their maximum potential.

“I started seeing more pro moves from Jayla after we went to (iEXCEL),” Townes said. “She was just moving differently. Everything was different.” 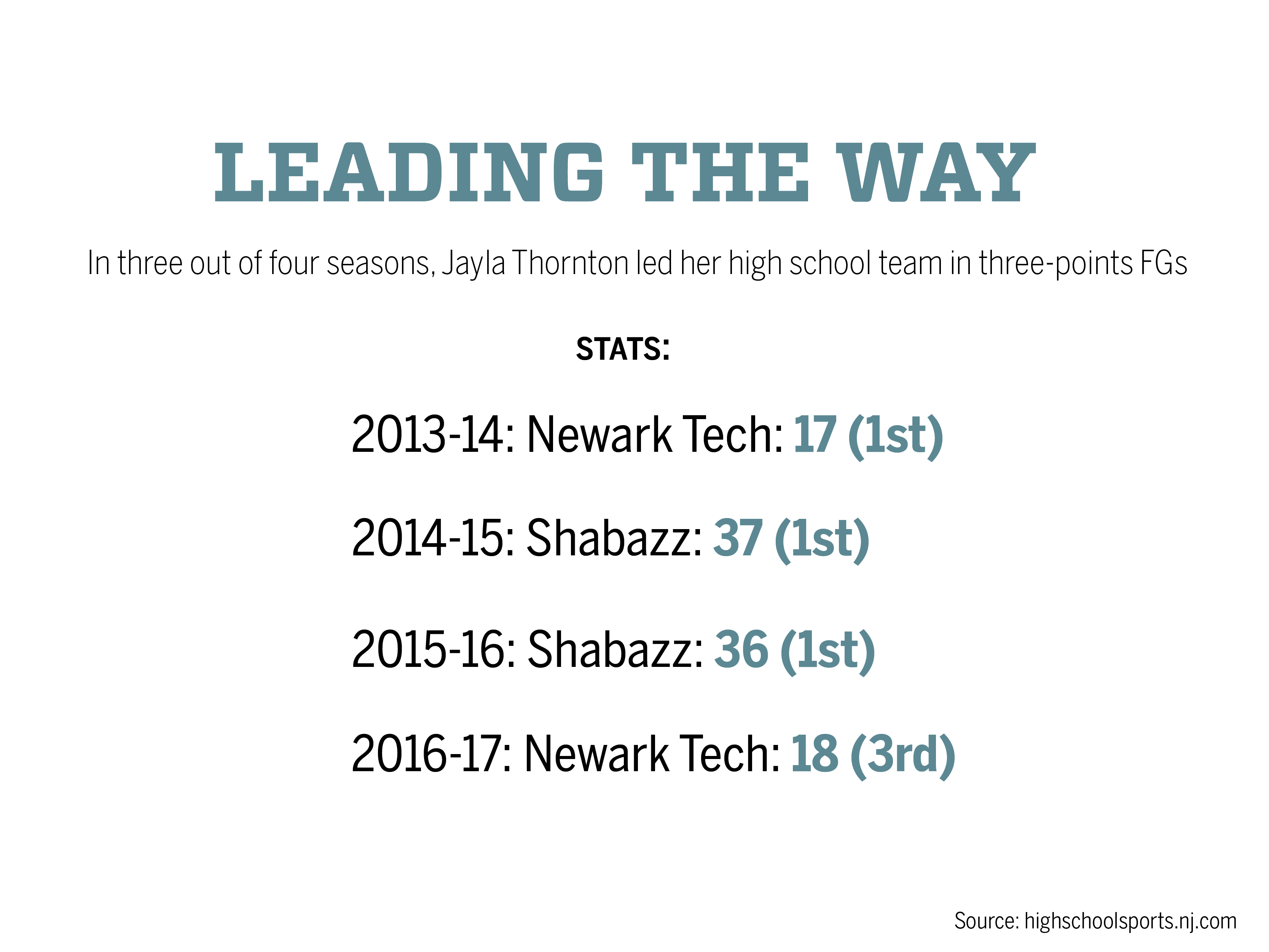 In the quarterfinals of the 2016 Essex County tournament, then-junior Thornton was set to face Nutley (New Jersey) High School. The entire Shabazz roster was nervous as the Nutley squad featured Blair Watson, a then-McDonald’s All-American guard.

Thornton guarded Watson the entire game, something Thornton’s mother, Shamirra, said motivated her to prove that her late start to basketball wouldn’t prevent her from keeping up with the nation’s 29th-best player. Thornton held Watson to a below-average 20 points and notched 23 points of her own in a 55-41 Shabazz win.

Thornton said Shabazz was the powerhouse of a competitive, deeply-rooted Newark basketball culture. It’s what drew Thornton to transfer after spending her freshman season at Newark Tech.
Shabazz’s reputation was geared around its basketball program, and academics were never a priority, Townes said. While Thornton went to Shabazz for basketball, she also was a straight-A student, and she helped others on the team find this balance.

Thornton’s academic success led her to Howard, which at the time was ranked the second-best academic HBCU, per the 2017 US News and World Report rankings. Howard is a school prospective recruits choose because of its reputation beyond athletics, Ware said.

“It gave her the opportunity to be one of those star players, to be someone to be remembered on the athletic side and still gain everything that she needed academically,” Shamirra said.

Iasia Hemingway, who played two seasons at Syracuse from 2009-12, began coaching at Shabazz in 2014, the same year Thornton transferred into the program. Aside from their connection through playing at the same high school and later the same college, the two both started playing basketball in middle school. Hemingway had to “catch-up,” just like Thornton did. 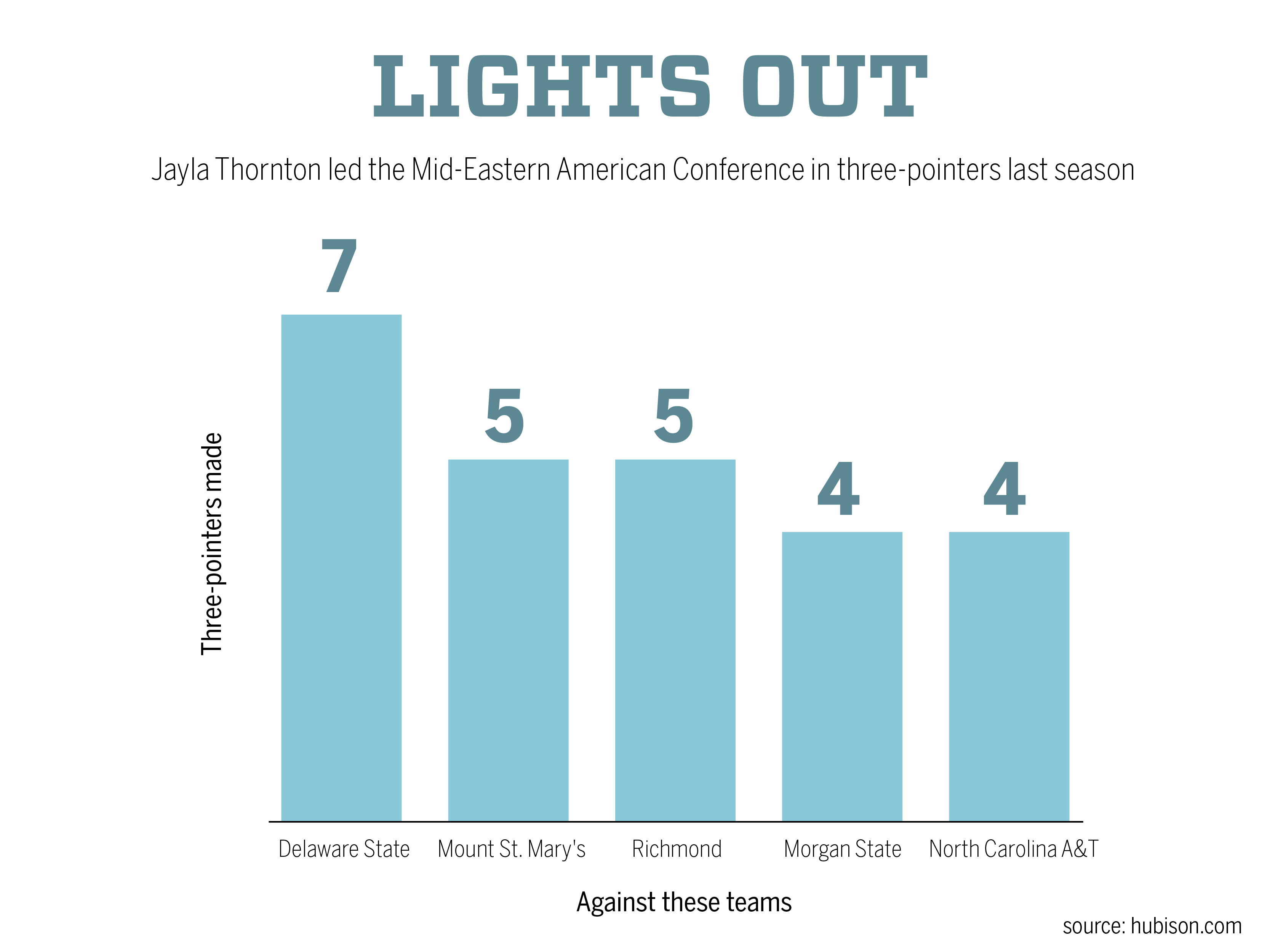 “She had a drive similar to mine when I played ball,” Hemingway said. “When you find young girls, especially of her caliber, who really have a passion behind basketball, you find yourself really being attached to that.”

Hemingway and Thornton stayed in touch while Thorton was at Howard, but Hemingway didn’t find out about Thornton’s commitment to Syracuse until after she made the decision. She missed Thornton’s phone call the day before she committed, when Thornton intended on discussing the program with Hemingway. Hemingway returned Thornton’s call the next day, congratulated her, and reminded her about all the times Thornton told Hemingway she wanted to “go to the league,” and to make the most of a crucial graduate student year.

Hemingway said that Thornton’s rise to Syracuse after becoming one of the country’s top HBCU athletes will serve as an inspiration to many young girls. Coming out of Newark, where advanced basketball resources are not easily accessible, its top players have to create their own pathway to top collegiate programs.

“Her going to Syracuse is … going to give so many girls confidence to want to do something similar to her,” Hemingway said.

The post FINAL CHANCE: Former MEAC Player of the Year Jayla Thornton is Syracuse’s next big shooter appeared first on The Daily Orange.