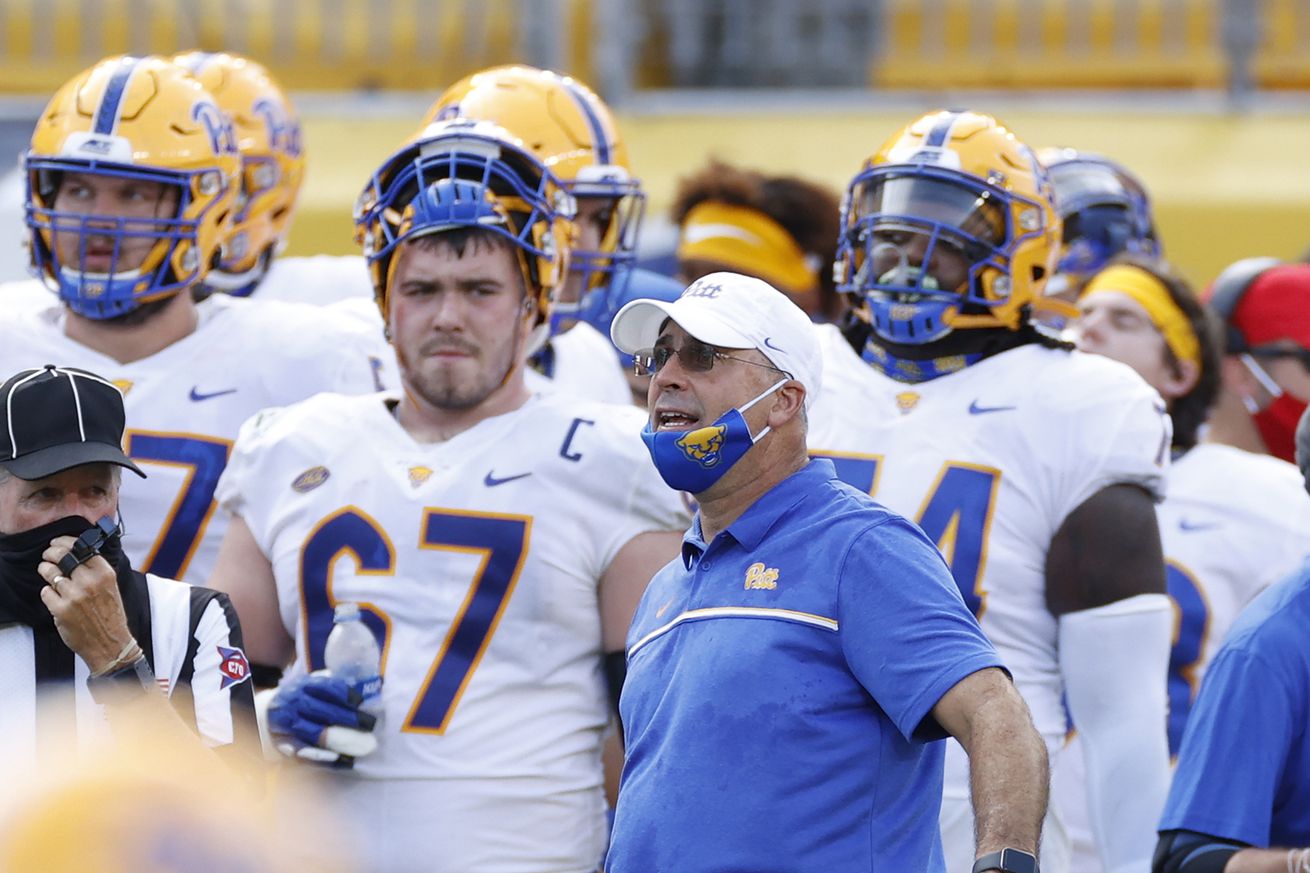 All the “news?” that’s fit to print

Let’s move onto this week’s game

Syracuse went with a new road combination last week and with another noon start we expect to see white helmets with white jerseys and maybe the orange pants this week.

The Panthers wore white jerseys at home last week so we’re thinking they break out the blue jerseys this week.

Advantage: Pitt. The Panthers did a tremendous job with their brand from the return to this blue and the use of the script

Something new for this year is to dig through each roster and find the player from the furthest distance from the school. Not their hometown but where they played previous to enrollment. How is that relevant to a game prediction? Can you think of a better measure of “want-to” than measuring how far a player travels? For Syracuse the player is Maximilian Mang from Nuthetal Germany (3,930 miles) while for Pitt it’s Kirk Christodoulou from Melbourne, Australia (10,049 miles)

#H2P is short for “Hail to Pitt” and using numbers as letters isn’t lit…still something is better than nothing.

There’s something a bit uncomfortable about schools keeping only their athletes on campus while everyone else is working remotely so the edge here goes to the school holding in-person classes.

After last week Syracuse decides to start every play with.a receiver twenty yards off the ball. Pat Narduzzi insists this is a penalty so in the second quarter Dino Babers makes it two receivers twenty yards off the line. Narduzzi’s getting so enraged that he stops calling in plays and his defense is too busy yelling at their coach to stop the Ontario Orange offense. Narduzzi gets ejected when he comes out of the locker room throwing kiwis at the officials and that fires up Pitt who roars back in the second half. The game ends in the fifth overtime when Lucas Krull catches one in the corner of the end zone and the game thread erupts with complaints that Dino doesn’t recruit tight ends with mullets.