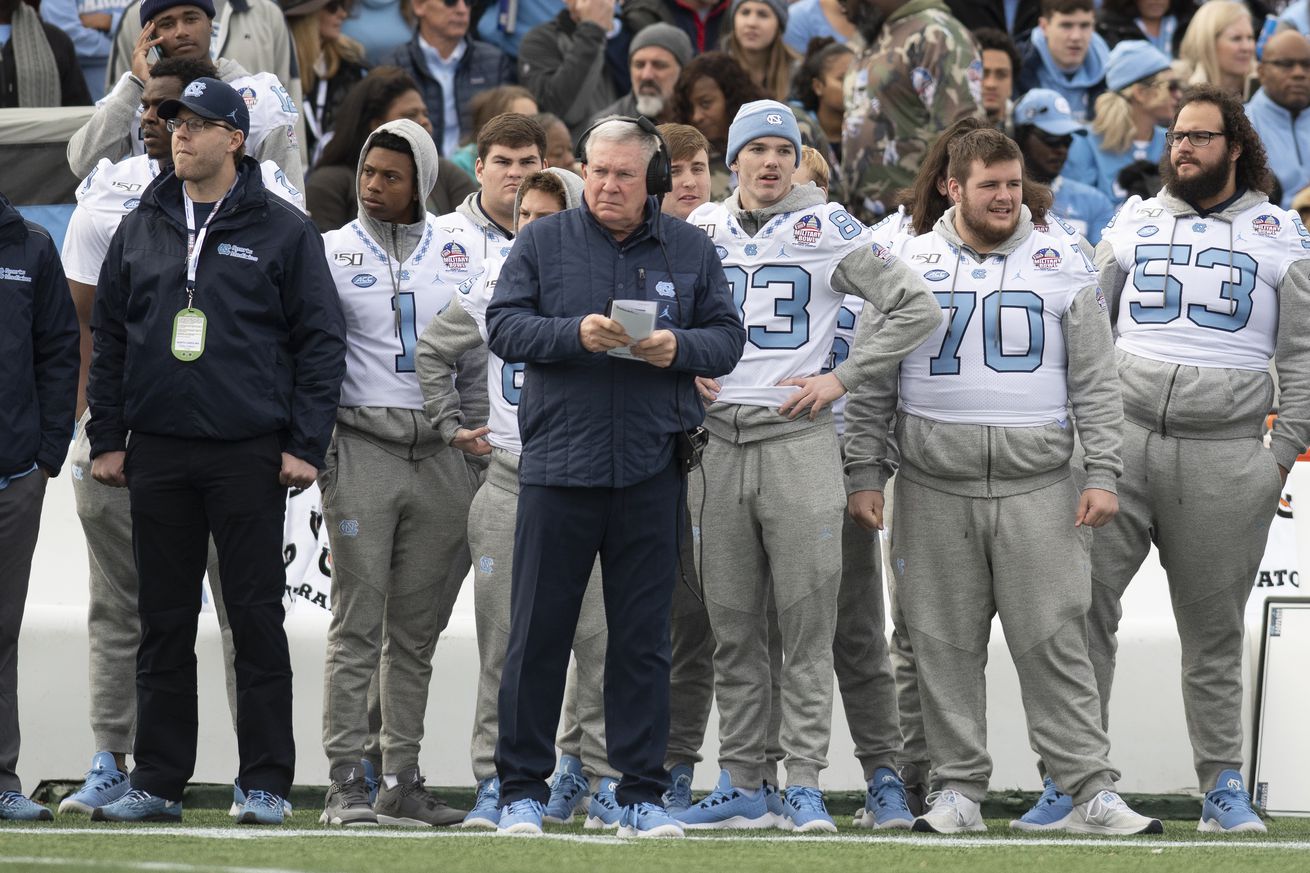 So onto the week one preview….

The last time Syracuse traveled to the Triangle they came away with a win wearing this look. We don’t expect anything new so it’s either the traditional road look or we get the all-whites for this one.

The Tar Heels typically wear their Carolina Blue helmets and jerseys with white pants at home. The argyle on the sides of the pants really add a unique look to the set.

Advantage: UNC. I’m a sucker for the argyle side panel which is better than Syracuse’s generic team uniform

Something new for this year is to dig through each roster and find the player from the furthest distance from the school. Not their hometown but where they played previous to enrollment. How is that relevant to a game prediction? Can you think of a better measure of “want-to” than measuring how far a player travels? For Syracuse the player is Maximilian Mang from Nuthetal Germany (3,930 miles) while for UNC the player is Don Chapman from San Diego (2,520 miles)

It looks like Syracuse has finally retired #OITNF and decided not to replace it with anything. We certainly applaud this decision to go in a new direction but wonder why there’s no replacement? (Make your hashtag suggestions in the comments or on Twitter and the best ones will be featured here throughout the season).

Meanwhile UNC is apparently looking for their own Neo with their choice. Red pill, blue pill, it won’t matter if the Tar Heels are able to slow down time.

There’s something a bit uncomfortable about schools keeping only their athletes on campus while everyone else is working remotely so the edge here goes to the school holding in-person classes.

Syracuse starts off with Chris Elmore at offensive guard. In the second quarter, he sees snaps at defensive tackle and tight end. After half-time Elmore opens up behind Tommy DeVito as the Orange run a single-back three tight-end formation. The strategy looks to be a disaster when Syracuse goes three and out but after nine straight runs the UNC defense refuses to get in front of Elmore. Sam Howell does his best to keep the Tar Heels offense matching scores but late in the game he gets stuffed on 4th and goal by Elmore as Syracuse leaves town with a 38-33 win.