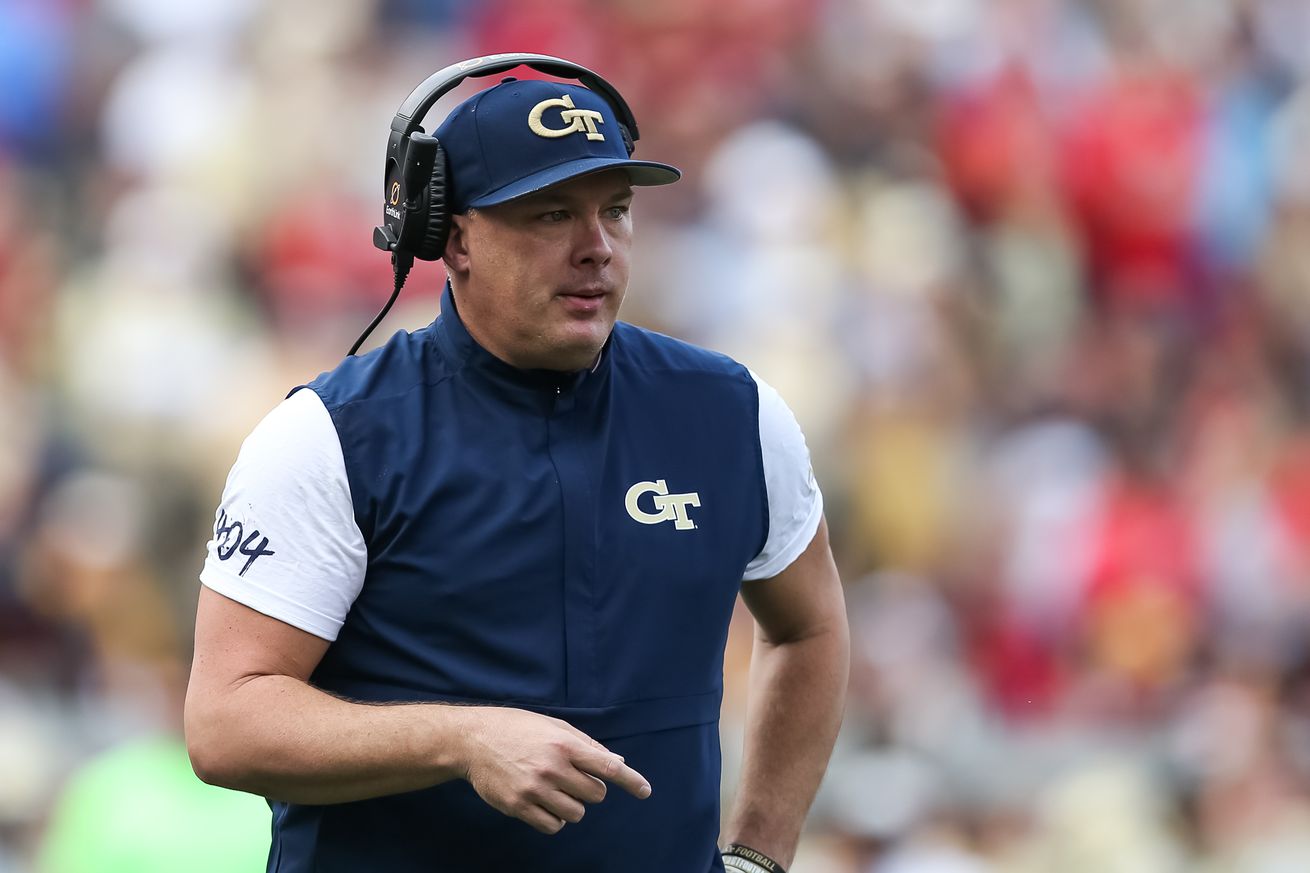 Let’s open the stadium with a game

Freshly squeezed from the sub-basement level of TNIAAM HQ it’s the internet’s most ridiculous college football preview series- #FakeNunes. We’re going to have to try and bring more #jokesandgarbage to this Syracuse Orange preview. When you’re 0-2 everyone needs to dig in and give a little bit extra.

Now onto this week’s game

Location: The ATL, but the part where they study calculus while enjoying their Magic City wings

It’s the first home game and we expect the Orange to go traditional orange helmet, blue jersey and orange pants for this one.

Georgia Tech used to wear Russell Athletic so any change is going to be an upgrade. We’re guessing they will go with some combination of white and gold for the helmets and jerseys.

Something new for this year is to dig through each roster and find the player from the furthest distance from the school. Not their hometown but where they played previous to enrollment. How is that relevant to a game prediction? Can you think of a better measure of “want-to” than measuring how far a player travels? For Syracuse the player is Maximilian Mang from Nuthetal Germany (3,930 miles) while for Georgia Tech it’s Mikey Minihan from Honolulu (4,490 miles)

So many great options for Georgia Tech here but it feels like they’re playing it pretty conservative here. They also use #4the404 and #ATL and we seriously thought about getting our pick once we saw that nonsense.

Geoff Collins has been promoting former GT player Roman Reigns’ “Wreak Everyone and Leave” shirt and motto lately and that’s great especially seeing Reigns back from leukemia. However Syracuse counters with The Fiend Bray Wyatt, son of Syracuse alum Mike Rotunda. It’s Fall so the guy in the creepy mask wins out.

Coach Collins likes to have his players lift weights on the field during warm-ups. Dino Babers counters by sending his players out to re-enact the diner scene from “Heat”. This does nothing but entertain the media and staff in attendance at the stadium. Both teams decide to celebrate the new air conditioning by combining for 40 points in the first quarter. The pace slows down in the second half and the game appears headed for overtime when a final second kick from Andre Szmyt seems to catch a wind gust as it tumbles off the crossbar to give the Orange a 45-42 win.