Atlantic Coast Conference schools have agreed to play football and Olympic sports this fall amid the pandemic. The NCAA released protocols for teams this summer — including daily health checks, face coverings and regular testing — but left scheduling and specific guidelines up to individual conferences.

The ACC curated its own guidelines with a COVID-19 Medical Advisory Group consisting of team physicians and medical directors from each school. Syracuse and the ACC require testing three times a week before competition and mandate mask-wearing outside the field of play, and each team has small “pods” during workouts and practices.

SU’s teams competed in abbreviated schedules following months of planning and testing, but national medical professionals predicted a rise in cases as winter neared. In September, the NCAA approved plans to hold all fall sports championships in spring 2021 due to the uncertainty of  the success of the fall season.

But the possibility of those championships remains unknown, as the ACC or NCAA haven’t released schedules or information on spring athletic participation yet.

Here’s what to know so far about each team’s eligibility for spring competition.

The ACC was one of the five Football Bowl Subdivision conferences that played college football in September. With COVID-19 and the reported risk of myocarditis in athletes who contracted the coronavirus, several conferences delayed its football seasons by weeks or months. Syracuse, along with the ACC, agreed to an 11-game season consisting of 10 conference games and one nonconference game against Liberty.

So far this season, the team has not recorded a COVID-19 case. While Syracuse has three games remaining — Louisville, Notre Dame and NC State — its poor performances this fall have eliminated the Orange’s opportunity to play in the ACC Championship Game and bowl games.

The NCAA and ACC have yet to release a formal statement about FBS spring practices and competition.

Syracuse played five games this season after its first two games and final game of an already shortened schedule were canceled due to COVID-19 safety precautions. The Orange finished last in the ACC’s north region, knocking them out of ACC tournament contention.

There is no official release date regarding the spring’s NCAA tournament, but, given SU’s winless record, a bid is unlikely. 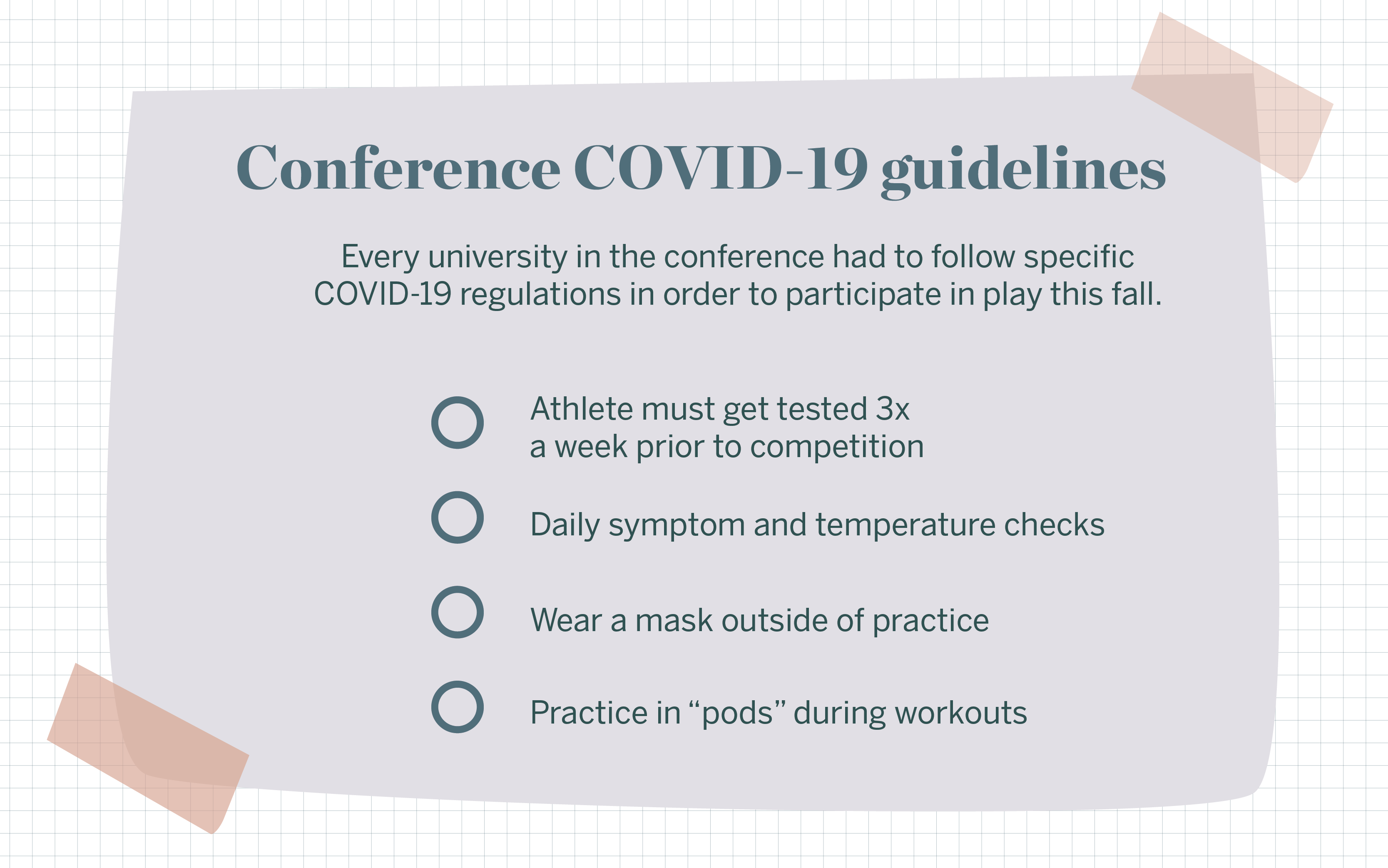 The Orange struggled this season, taking six games to record their first goal and finishing with their worst record in program history. Head coach Nicky Adams attributed her team’s poor performance to a lack of recruiting due to COVID-19 restrictions this past spring. After missing the ACC tournament, the team hopes to play a short season this spring, Adams said. While the women are far from NCAA tournament calibur, Adams said spring games this season will allow the team to get some extra practice before next fall.

On Oct. 21, Pittsburgh canceled their Oct. 26 match against Syracuse after exceeding the number of games allowed for each ACC team in the fall to be eligible for possible spring play.

Neither the NCAA or ACC has released an official statement on scheduled spring competition.

The ACC was the only Division I conference to play field hockey this fall, and the Orange concluded their season with a 4-3 loss against North Carolina in the ACC tournament semifinals.

The NCAA Division I Council approved the NCAA field hockey championships to be played in May 2021, but Syracuse’s loss to UNC may prevent the Orange from earning an at-large bid. Neither the NCAA or ACC have released information about a potential spring season.

Syracuse competed in a four-week, eight-game abbreviated schedule, wearing masks in away games against Louisville and Notre Dame. Athletes wore masks in the locker room and practiced while masked leading up to the matches.

Head coach Leonid Yelin said on Oct. 17 he remains hopeful for spring play, although the NCAA and ACC have yet to release a concrete schedule.

The Orange competed in the ACC championship this fall, with the men’s team looking to repeat as conference champions. But both the men’s and women’s teams struggled to find success. The men’s team finished sixth overall, and the women finished eighth overall.

The NCAA plans to hold the national championship race in the spring, but many cross country athletes compete in track and field in the spring. The NCAA and ACC are analyzing the concern of scheduling conflicts.

The post Everything you need to know about SU fall sports competing next spring appeared first on The Daily Orange.