Syracuse Athletics had a unique 2021 headlined by the resignation of its women’s basketball coach, the arrest of a star men’s lacrosse player and the first retirement of a female player’s jersey. 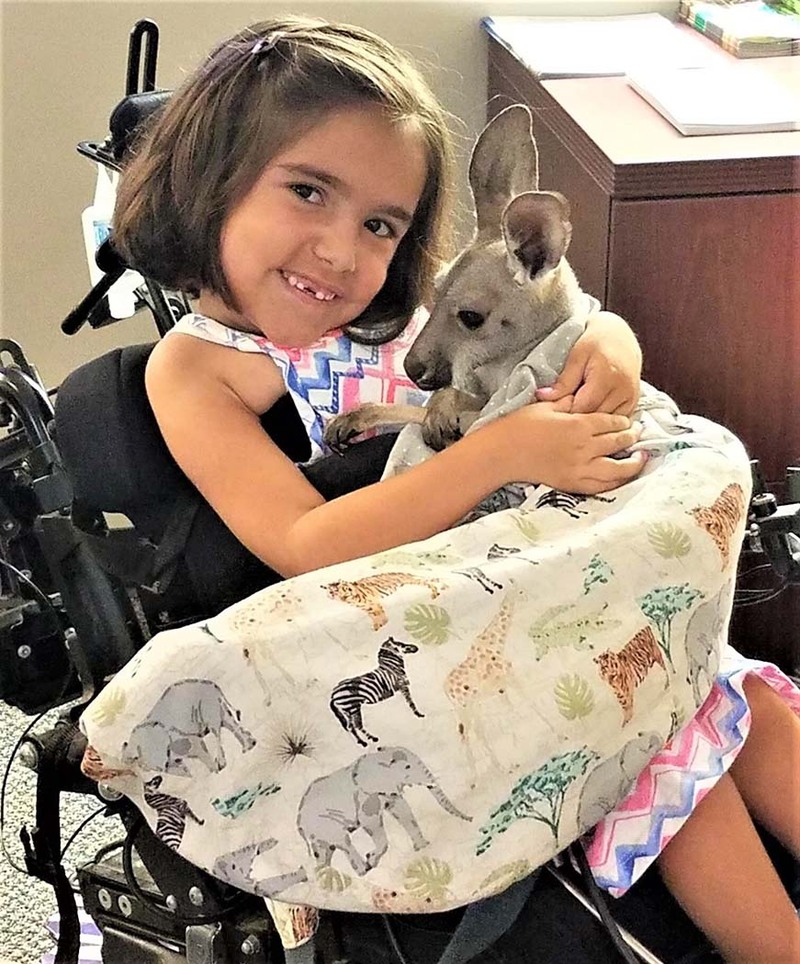 When Facciolo was diagnosed with SMA at just nine months old, the hardest thing for Erin was hearing all the things Facciolo wasn’t going to be able to do. She hated that instead of encouragement, all she heard were things in the future that wouldn’t happen for her daughter.

“It’s hard for people to understand how not accessible our world truly is,” Erin said. “And how our world caters to people with two legs and what that’s like not to people who have wheelchairs.”

Facciolo was told she would never live past her second birthday, but this past October, she celebrated her 10th birthday along with the Orange. 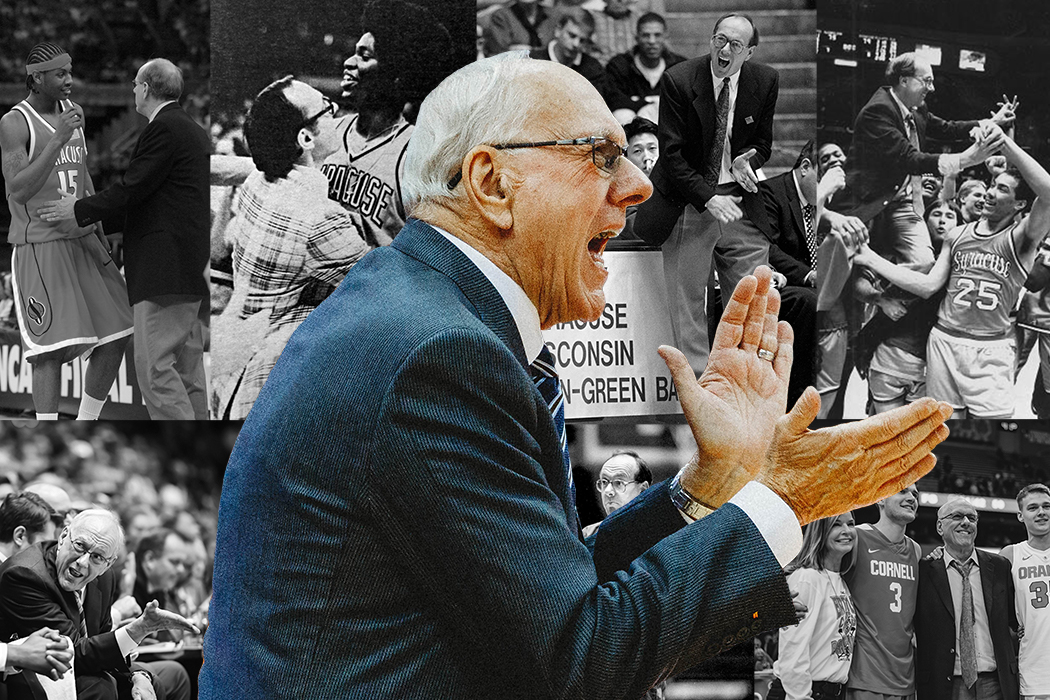 Since 1976, Jim Boeheim has led the Syracuse basketball program, with his name becoming synonymous with his alma mater.

Over his five decades as a head coach, Boeheim has mentored 18 All-Americans, dozens of future pros and champions. Every interaction began with Boeheim introducing himself to a teammate, recruit or new staffer. Several former SU basketball players, including Carmelo Anthony and John Wallace, recalled their first interactions with the Hall of Fame coach. 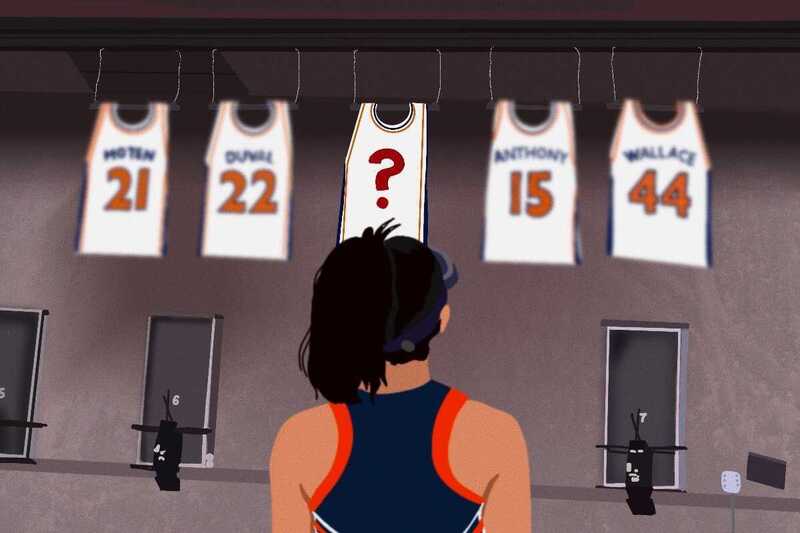 11 out of Syracuse’s 18 collegiate sports are women’s teams, yet Syracuse had never retired a jersey from any of these teams before this fall.

Syracuse has retired 21 jerseys in its athletics history, 15 from men’s basketball and six from football. But beyond the two big-name sports, Syracuse has done little to honor its other legendary athletes. More specifically, it’s done little to immortalize female athletes.

Finally in November, Felisha Legette-Jack had her jersey retired during a game against Notre Dame, becoming the first of several female athletes to be honored throughout the fall and winter. 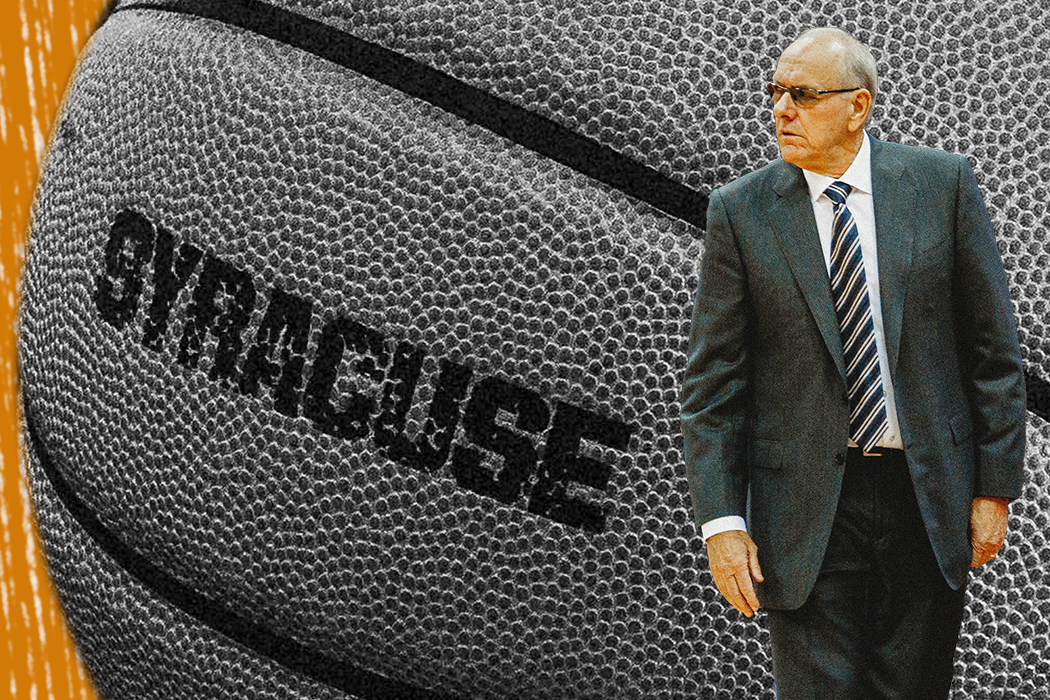 Inside Syracuse’s recruiting successes and its recent failures

Despite making three Sweet 16 appearances since 2016, Syracuse basketball’s recruiting success has recently taken a dip, with the Orange’s average national recruiting rank dropping from 19th-best nationally from 2006-16 to 39th-best over the last five years.

“Going to play in the middle of nowhere New York is not what it was 25 years ago,” a scout said.

Boeheim said recruiting in college basketball hasn’t changed at all in the last five to 10 years. But sources told The D.O. that the recruiting scene is changing, and head coaches are now involved earlier than ever.

“Syracuse offers used to be a big deal, but they’re not anymore. It’s just another ACC school,” one scout said. 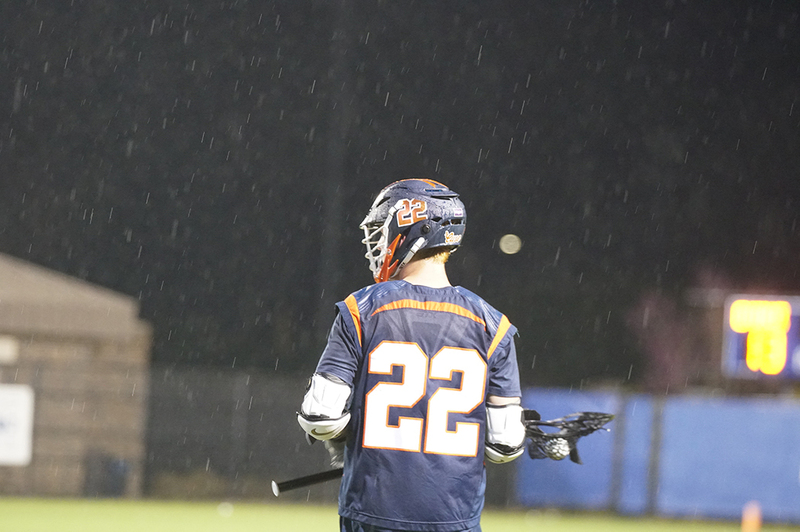 Syracuse attack Chase Scanlan was arrested in May and charged with criminal mischief after being involved in what the Department of Public Safety classified as a domestic incident on April 18. Scanlan came to Syracuse in 2020 after receiving All-American honors as a freshman at Loyola.

The D.O. obtained police reports about Scanlan’s alleged involvement in the domestic incident, with a victim’s statement to police describing the lacrosse player’s alleged history of abuse. Scanlan was accused of verbally abusing the victim, who had told her mother that Scanlan had “put his hands on her” sometime in 2020, according to the police report.

The alleged domestic incident resulted in Scanlan being arrested for criminal mischief in the fourth degree — a class A misdemeanor — for destruction of the victim’s phone.

Scanlan was suspended from the Syracuse lacrosse team on April 20 before being reinstated on April 26. After SU’s captains reportedly threatened to walk out of practice if Scanlan showed up, the attack practiced by himself. He was suspended again after being arrested and was arrested again in September for a DWI. 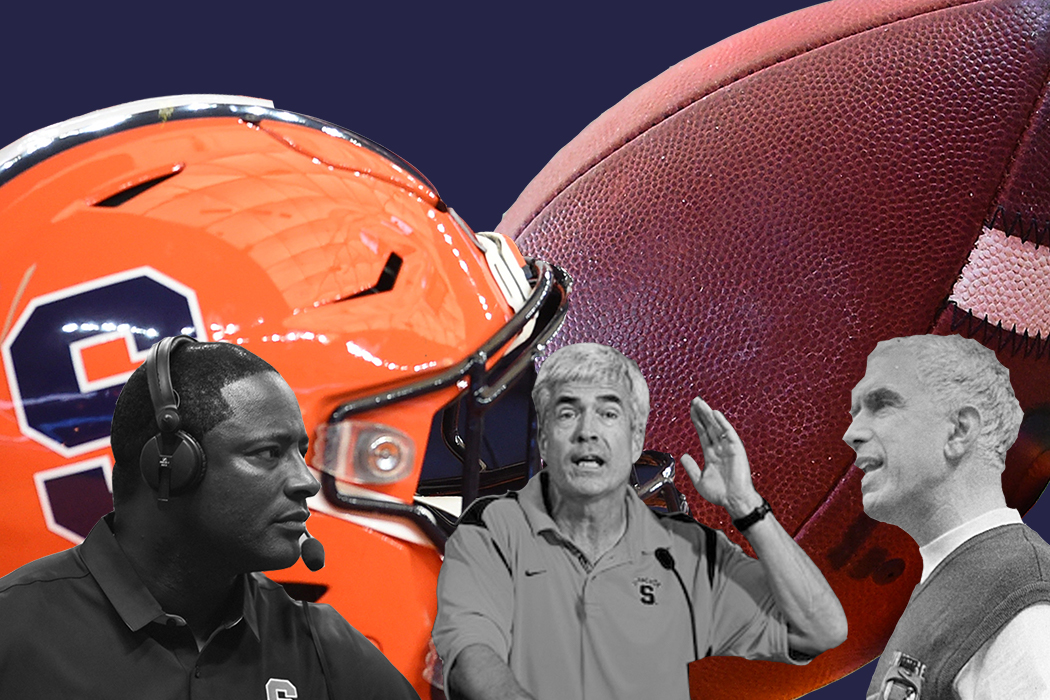 The rise and fall of Syracuse’s northeast recruiting base

When Dick MacPherson and Paul Pasqualoni ran the Syracuse football program during the 1980s and 1990s, the Orange focused their recruiting efforts within a 5-6 hour radius of SU’s campus, building a local pipeline that helped it become one of the top programs in the country. But after the 2004 season, Pasqualoni was fired, and Syracuse replaced him with Greg Robinson, a coach with few east-coast ties.

Over the ensuing four years, Robinson went 10-37, overseeing SU’s first two double-digit loss seasons and a recruiting base 23 years in the making. None of the three coaches who have followed Robinson have found consistent success, and Syracuse hasn’t brought in any 5-star recruits since 2005.

“(Syracuse) really did well in our area getting recruits, things of that nature, then they had a change,” West Orange High School (New Jersey) head coach Darnell Grant said. “And then we didn’t have a lot of interaction with them after that. There was just this really big, stark difference.” 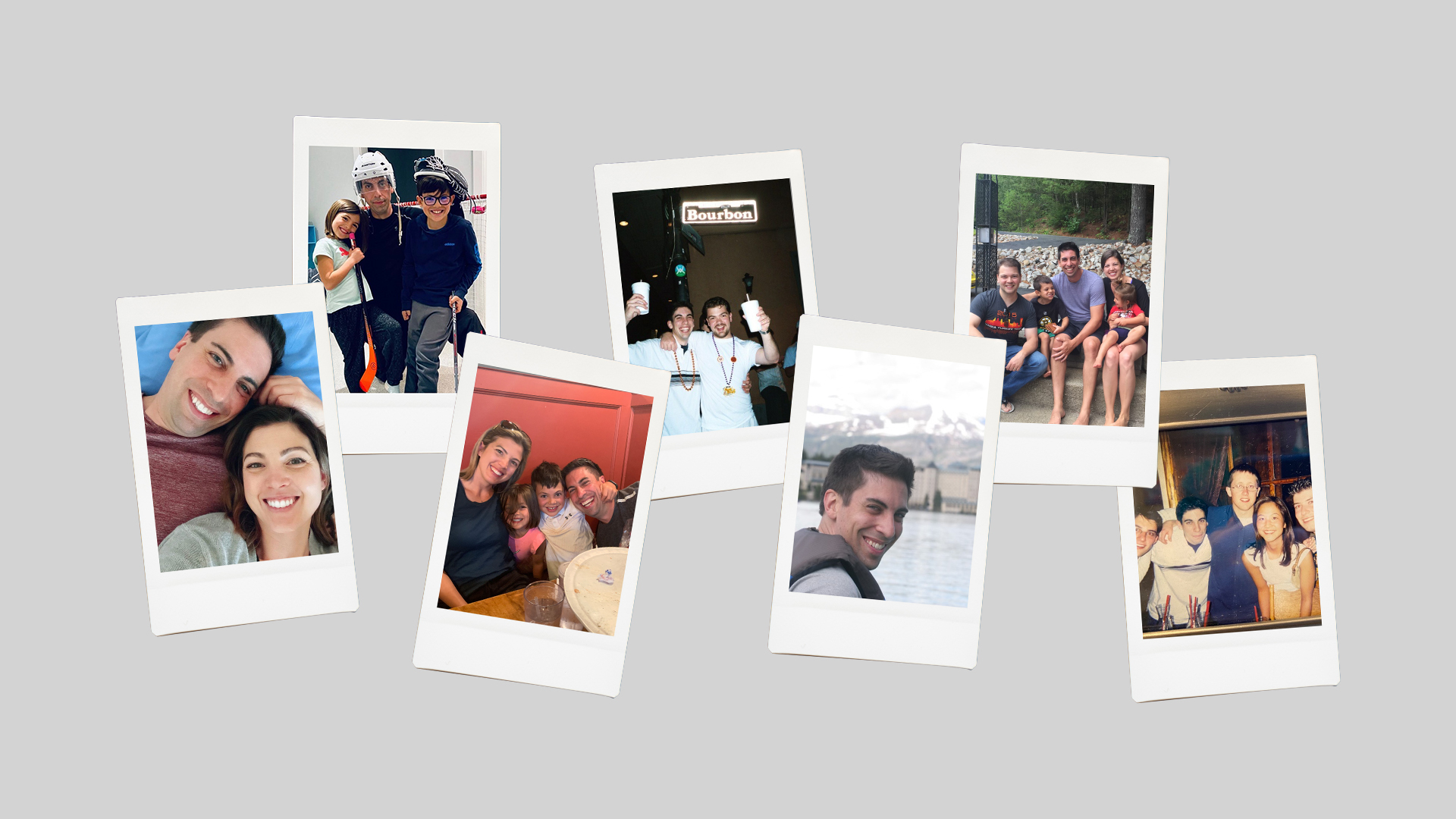 Chris Snow, his ALS diagnosis and the friends who needed one another

An aggressive mutation of Lou Gehrig’s disease found itself in Chris Snow’s body the same way it did for Bob Snow, Matt Snow, Brad Snow and David Snow — his dad, his cousin and both of his paternal uncles. Chris, his wife Kelsie, and those closest to them knew the possibility for years. The reality was confirmed two Junes ago.

But perhaps an unintended effect has come to those close to them. The ones who might know Chris best at the place where he first made his name, where he went from a shy kid to a beloved sports reporter at SU and The D.O., have been brought back together after the diagnosis. 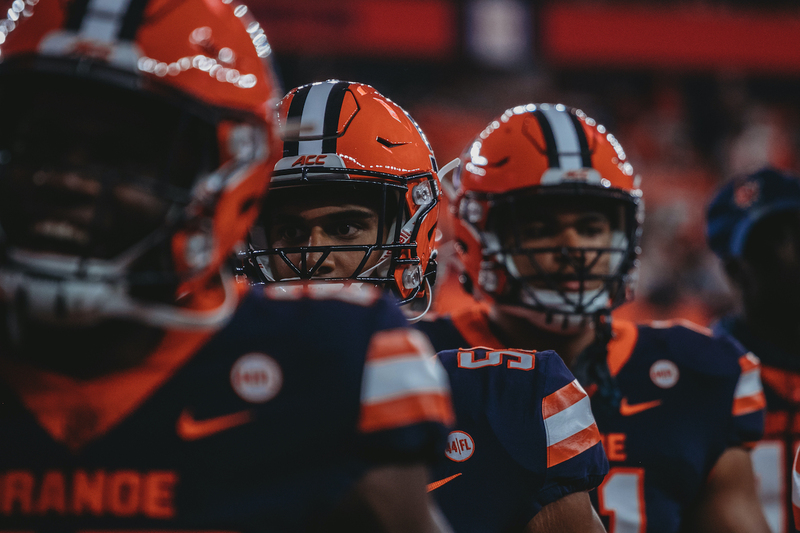 As a freshman in high school, Ahmad Masood stepped onto the turf for the first time. But stepping in between the white lines wasn’t the only thing that was different for Masood. When he glanced around the field, no one else looked like him.

“It didn’t really shock me, but it was something to get used to,” Masood said.

Asian players represented only 1.76% of Division I athletes during the 2020 season. At Syracuse, Masood — who’s half Indian and half Pakistani — is the only player on Syracuse’s roster from South Asian descent. He walked onto the team as an offensive lineman before last year.

“People from the outside who don’t know the work I put in to get to where I am right now. They look at me based on my skin color,” Masood said. 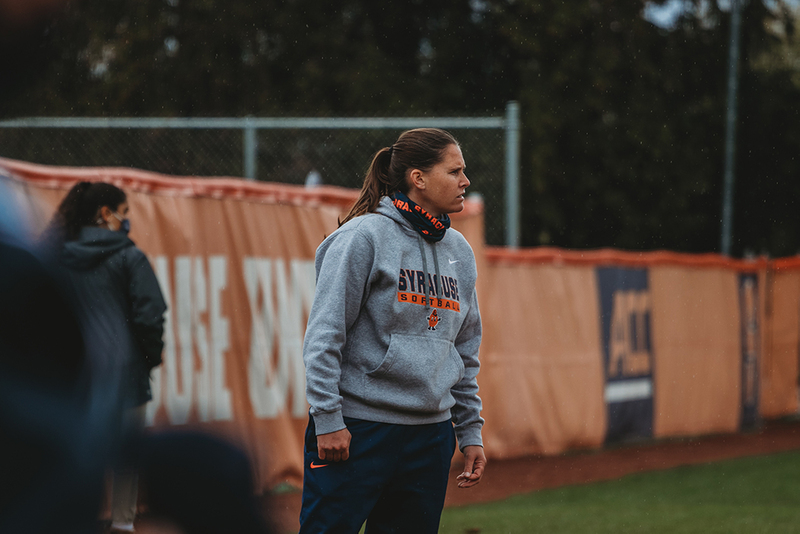 When the Syracuse softball team went on a spring break trip to Louisville in 2019, players alleged that they played in wet jerseys after coaches refused to run the dryer. Multiple players then got urinary tract and yeast infections and inherited rashes and skin infections. Head coach Shannon Doepking then “shamed” them for having infections and seeking treatment for them, one player said, while others said Doepking didn’t care.

This was just one of multiple alleged instances of verbal abuse, hazing and mistreatment recalled by one current and seven former softball players.

“At practice every day, you had a handful of people crying,” a former player said. “She would yell at you and make you feel so bad until you cried.”

Doepking, however, denied the allegations and defended her “straightforward, honest, to-the-point” coaching style.

“I am not a saint by any means. I am a tough coach, and I’m a tough coach because winning is important,” Doepking said. “I was brought here to do a job.” 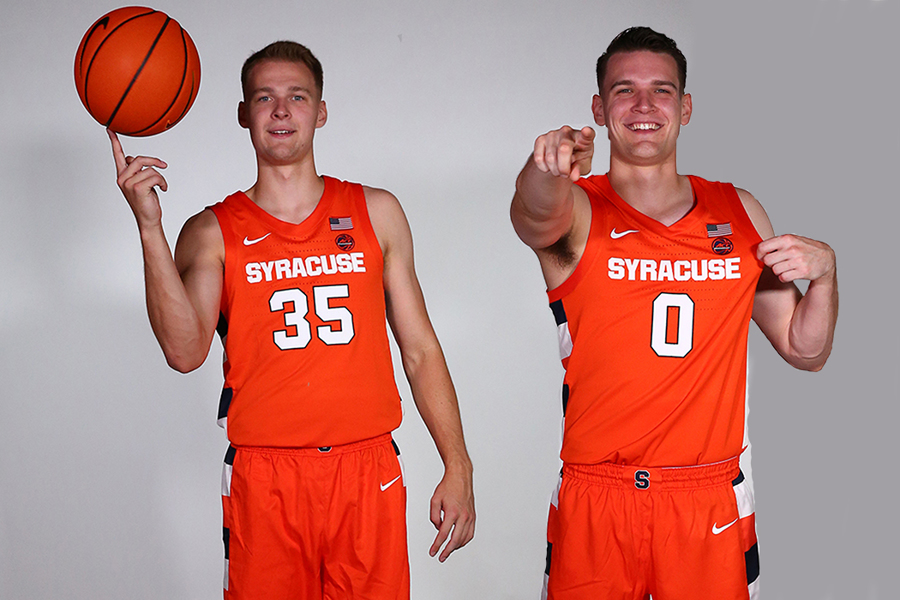 Buddy and Jimmy are reunited at SU. This time is different than high school.

The last time Buddy and Jimmy Boeheim played together was during the 2015-16 basketball season at Jamesville-DeWitt High School. This season, since Jimmy transferred to Syracuse as a graduate student, he is reunited with his father, head coach Jim Boeheim, and his younger brother, Buddy.

“Jimmy was the big brother,” said Jeff Ike, their coach at Jamesville-DeWitt in 2015-16. “If Buddy made a crucial 3 or made a block on defense … you could tell Jimmy was super proud.”

Their paths to SU were very different as they “were never destined to play together early,” Boeheim said. But now they balance handling the weight of the Boeheim name while simultaneously building their own names.

“You hear people say, ‘Oh, that’s Boeheim’s kid,’ and you get a little target on your back, but I don’t think they really see any target on their back,” said their mother Juli Boeheim. “(Boeheim’s) a great guy who happens to be an exceptional coach. And Buddy is a great kid who happens to be a good shooter.”

The post Editor’s picks: The top sports stories of 2021 appeared first on The Daily Orange.