Bob Campese wasn’t in the mood to give a pregame pep talk. Despite it being the 1997 Section III, Class AA title championship in the Carrier Dome and Campese’s 11th year as Henninger High School’s football head coach, one of his assistants needed to fill in.

Kline hyped up the Black Knights in their locker room with a speech about what it meant to represent Henninger. He knew of its importance, having attended the school and played for the Black Knights. The speech involved “a lot of cursing, a lot of screaming and getting them ready to go,” Kline said.

Henninger went to the field and beat Rome Free Academy, a top football school in New York state that year. For 24 years, Kline served as Campese’s line coach and top assistant, eventually becoming head coach for the final 11. Then, the opportunity arose in 2015 to coach at Cicero-North Syracuse High School.

C-NS was one of the largest football programs in New York state, but was one without a section title to its name. But since taking over in 2015, Kline’s flipped a 3-5 record the year before he arrived into three consecutive sectional titles. He’s aiming for a fourth, if the 2020 season happens.

“For him, it doesn’t matter if it’s the preseasons scrimmage or the sectional championship game,” said Tim Bednarski, C-NS’ athletic director. “He coaches the same way. He treats every play the same. Whoever is in there.”

Kline learned about that discipline by experiencing it firsthand. Tom Acee, his high school football coach at Henninger, instilled toughness in him. Kline played any position on the offensive line, from center to guard, and even some defensive line assignments.

Campese, who served as an assistant coach under Acee, said Kline would always be the first lineman putting out the practice equipment and leading by example. Campese never needed to worry about him.

Kline played Division-III football for Saint Lawrence after high school before experiencing nerve damage in his neck that ended his career. But his passion for football continued. He began to break games by watching local football schools’ tape and talking with established local coaches. He transferred to SUNY Cortland for his final two years of college and continued consuming knowledge of the game. 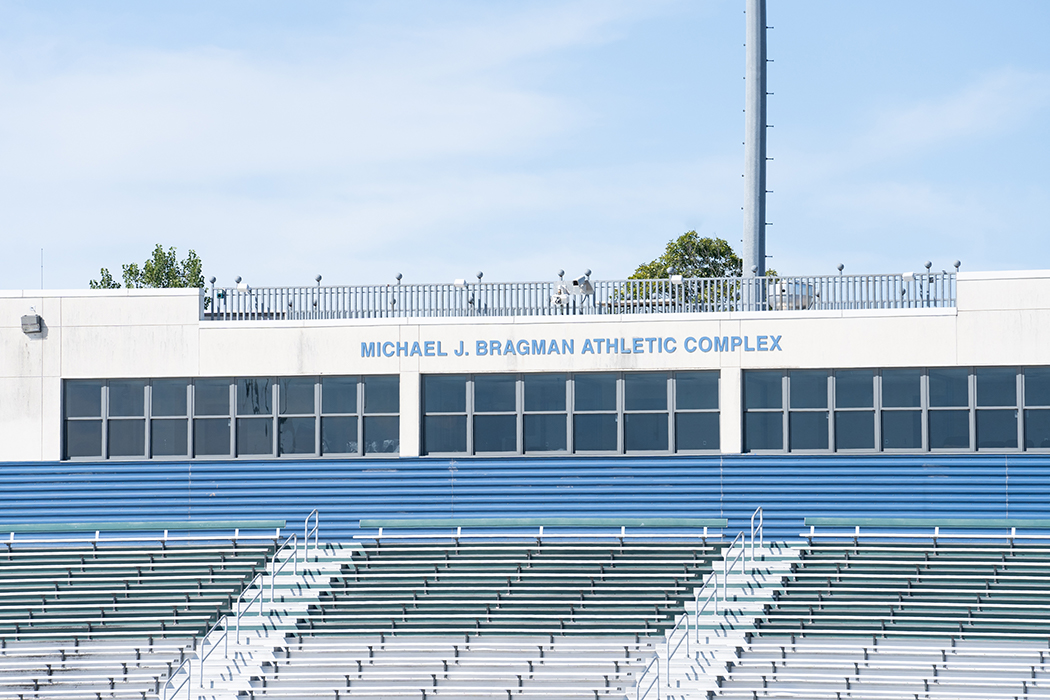 Campese, who became Henninger’s head coach after Acee retired, “gobbled up” Kline after graduation to serve as the Black Knights’ line coach. Starting in 1988, Kline ascended the coaching ladder from freshman to varsity. During the 1990 playoffs, he was instrumental in leading Henninger to a state championship, Campese said.

Kline’s line players were always in order, and the line coach was one of the best Campese has ever had, he said.

In Campese’s final two years of coaching for the Black Knights, he started giving Kline more responsibility. And when the opportunity came for Campese to become an administrator at East Syracuse Minoa, he let Kline take over at the helm.

“He was ready,” Campese said.

While Kline was a head coach for the Black Knights, he led Henninger to two sectional titles. But unlike at Henninger, C-NS provided him with a chance to build up his own program. Kline brought staff from Henninger to C-NS, including Campese, who serves as an assistant coach.

He doesn’t even know if C-NS or anyone in New York state will play a football season this year. But he’s been hosting Zoom calls with players and making sure they’re keeping up with conditioning workouts. He even plans on having a parents’ meeting in September to make sure they’re staying on top of things.

At C-NS’ football stadium Monday, Kline stood in the end zone observing a current and former player work out. It was the end zone where plenty of plays, both joyous and upsetting for Kline, have happened. It’s the place where he celebrated his 100th win two years ago. The place where the Northstars snapped a two-game losing streak last year when Kline’s running back switch paid off.

But now, it was almost empty.

Kline’s eyeing his fourth consecutive sectional title this year, and “the program of football (has) his name on it,” Bednarski said. So do the section titles. The regionals. The states.