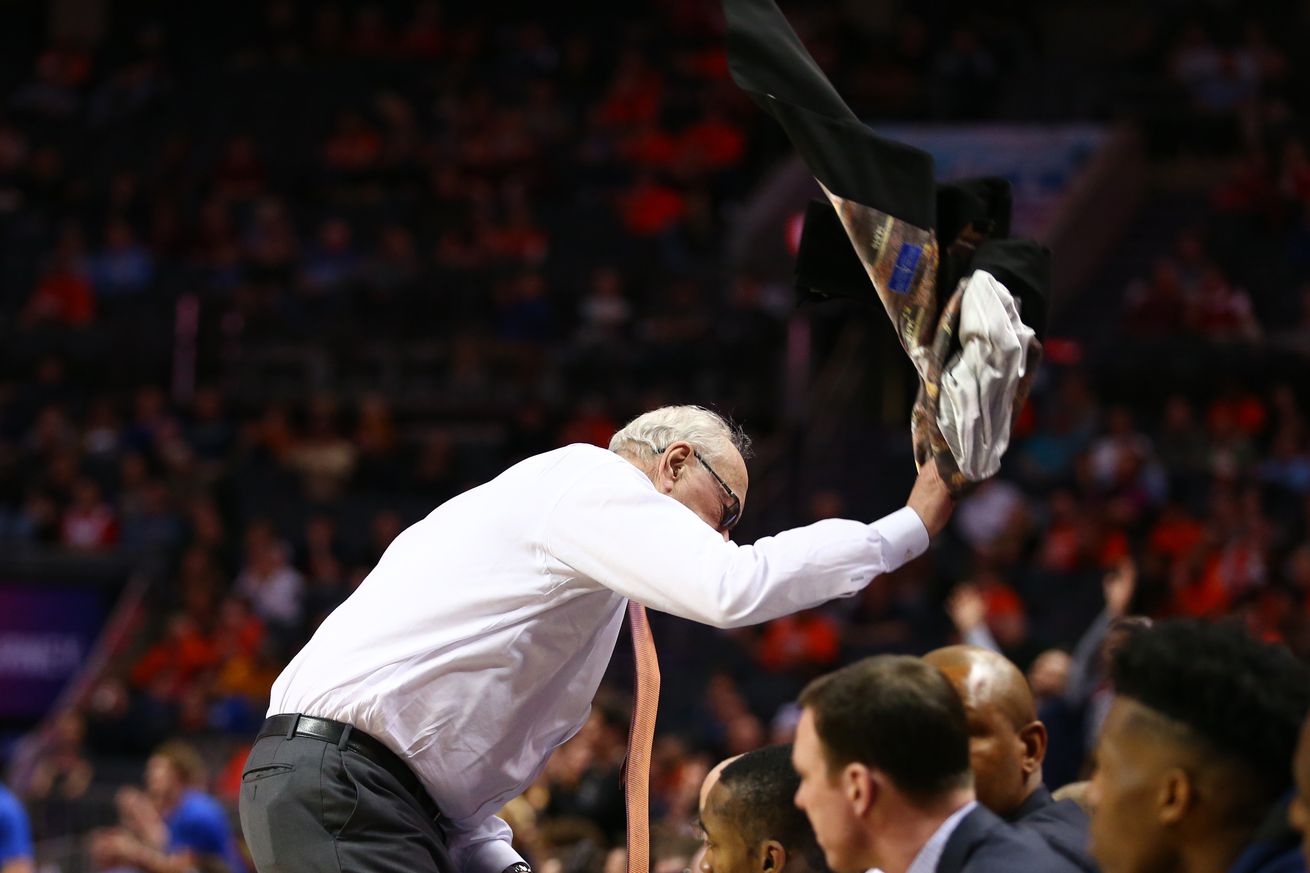 Syracuse Orange fans know how seriously we take our analytics around here. From PFF college football grades to Synergy stats in basketball, we aren’t afraid to dig into the numbers at TNIAAM. Nothing demonstrates this more than The Official Jim Boeheim Jacket Toss Tracker™ where we break down the strategy behind the timing of the toss.

So imagine how shock and dismay when we saw this on Thursday:

Wake Forest coach Steve Forbes said in a program update call that ACC coaches have voted to wear Polo shirts this season instead of suits.

First of all Steve Forbes, you’re the new guy here so you can’t go around casually dropping bombs like this. Secondly, this leaves me pretty conflicted because I’ve long advocated for college basketball coaches to ditch the ties on the sideline. You’re coaching basketball not selling mutual funds.

Casual attire makes more sense but this should be personal choice. No one let Mike Brey decide that coaches shouldn’t shave on game days. No one adopted Leonard Hamilton’s non-collared shirt look (not that anyone else in the ACC could pull this off)

Enough with the complaining, let’s look at some solutions. Boeheim could still wear a sports coat over a polo as if he had just finished 18 holes and was meeting the family for brunch at the Brewster Inn. He could go quarter-zip on top and the comedy that could ensue if he tried tearing that off while yelling at Bourama Sidibe would be amazing. What if Jim rocked an old-school varsity letter cardigan? Would ACC officials find his yelling about their calls less threatening if they were reminded of Mr. Rogers?

We’ll have to wait and see how Boeheim responds to this “agreement”. If he ditches the jacket for a year we’re certain he’ll find something else to do to lock down a win for his team.