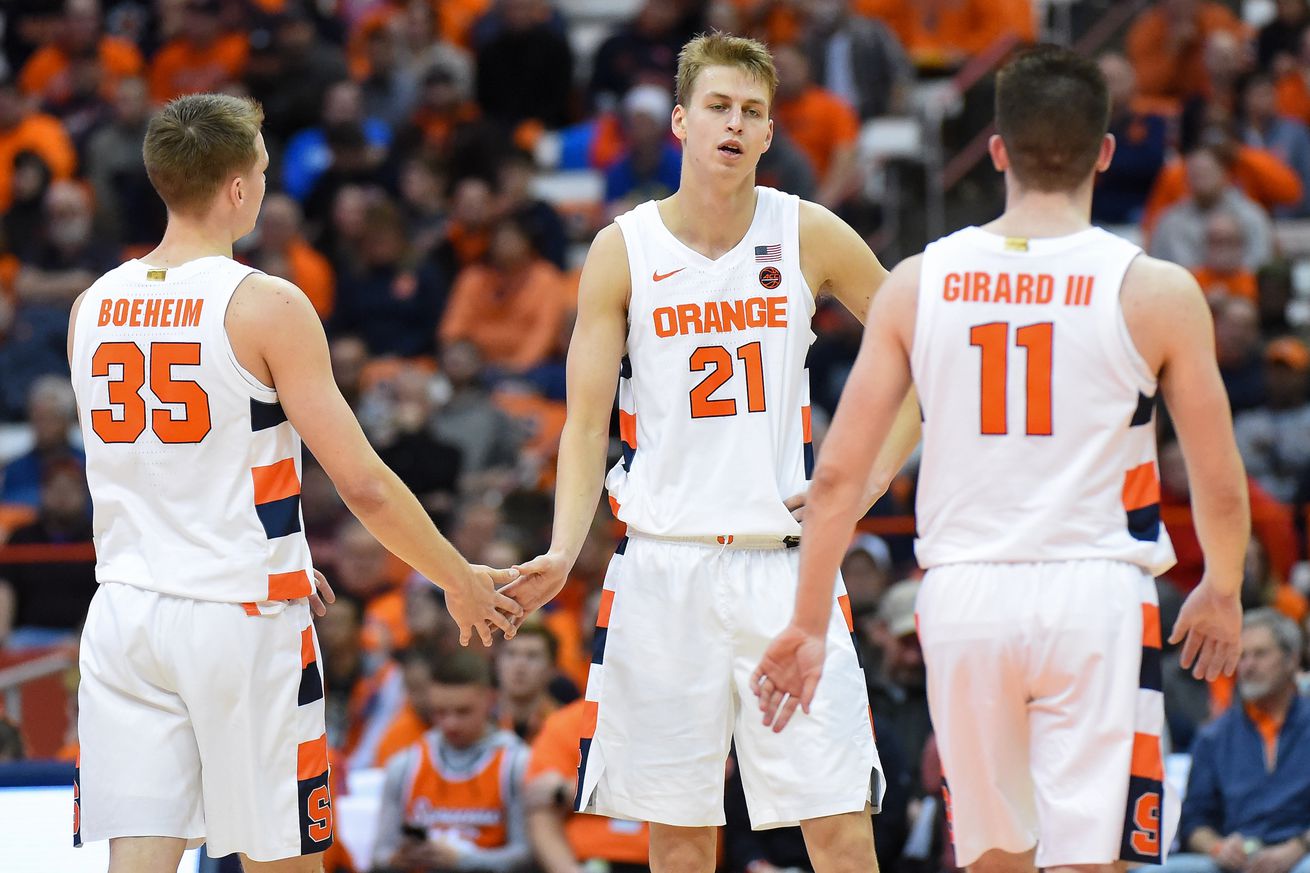 Feel free to insert your Syracuse and bubble jokes in the comment section.

While football remains at the forefront of discussion for college sports and whether or not competition can occur amidst the coronavirus pandemic, we’re now just three months away from the scheduled start of the 2020-21 college basketball season.

Sources: Several power conferences in college basketball have had preliminary discussions about holding games next season in a “bubble” type setting.

This is one of many potential options on the table, but one that gains traction with student athletes taking classes online.

This bit of news comes after much discussion from head coaches around the country. Duke head coach Mike Krzyzewski recently suggested contingency plans for the start of the season and questioned whether the NCAA Tournament could be played in April or May if need be.

Some coaches, such as Iona’s Rick Pitino, have suggested starting the season in January, while others have been opposed. Seton Hall head coach Kevin Willard recommended the season to start on time while playing a conference-only schedule. He noted that some colleges aren’t bringing students back after Thanksgiving break and with students already home for one month on winter break, that creates a bubble-type environment on campus. Syracuse head coach Jim Boeheim backed Willard’s thinking.

This of course brings up many questions. Do teams have individual bubbles on their campuses and do conferences or schools govern testing protocols? If we move to conference-only games, when does the season start? Does the non-conference portion of the schedule get scrapped and replaced with league games? What happens when a player or staff member tests positive?

It’s too soon to make a ruling on March Madness with so much unknown between now and March, but having alternative plans before the start of the season would be prudent.

The health and safety of the student-athletes has to be top priority here and that presents the great quandary for the NCAA. If teams were to be placed in bubble-type settings and players were divided from the rest of the student body, this would lay bare the artifice of the term student-athlete and loosen the NCAA’s white-knuckle grip on amateurism.

Progress has already been made on name, image and likeness and some players will be able to profit from third-party vendors as soon as 2021-22. The pandemic could be the tipping point for pay for play as the NCAA deviates from the amateurism model.