On the day Cole Horan and Brett Tenaglia found out that Furman University cut its men’s lacrosse program and were thrust into the transfer portal, they were sent a Zoom link and told to join the meeting room in one hour.

Daily practices had been replaced by occasional Zoom calls with Navy SEALs and other guest speakers. Horan had been elected captain by the Paladins’ graduating seniors — the first unanimous selection in the program’s seven-year history. But, on that Monday in May, Furman’s 3 p.m. meeting wasn’t planned. Meade and his staff needed to break the news that their program, along with baseball, had been cut. Their options: Stay at Furman and finish their degree, or transfer to a new school with an extra year of eligibility.

“In six short weeks, it turned into ‘Yes, sports are getting cut,’” said Patrick Emmer, a Furman assistant coach.

If fall sports are canceled this year, Furman will become just one school on a growing list of colleges with cut programs. Due to the coronavirus pandemic, Stanford has committed to eliminating 11 teams after the 2020-21 academic year and Cincinnati immediately discontinued its men’s soccer program.

North Carolina athletic director Bubba Cunningham estimated over $52 million in lost revenue if fall sports are canceled and men’s basketball is delayed, he said on Aug. 6. Syracuse and UNC athletics are similar financially  — in 2018-19, the Orange generated about $43 million in football revenue while UNC had about $39 million during the same span, with both bringing in similar totals across their athletic departments.

Despite the college-wide turmoil, Syracuse Director of Athletics John Wildhack said on April 23 — five weeks before Horan and Tenaglia committed to the Orange — that SU has implemented cost-saving measures such as pay cuts and there had been no discussions about entirely cutting a sports program. But, as two of SU’s most recent men’s lacrosse transfers discovered, reassurances like those can be temporary.

“We’ve talked about that a lot as a team, just because guys were kinda feeling vulnerable,” Horan said. “Like, ‘Wow man, is this something that we should’ve known or anything that we could’ve done?’ But no, it was completely abrupt.” 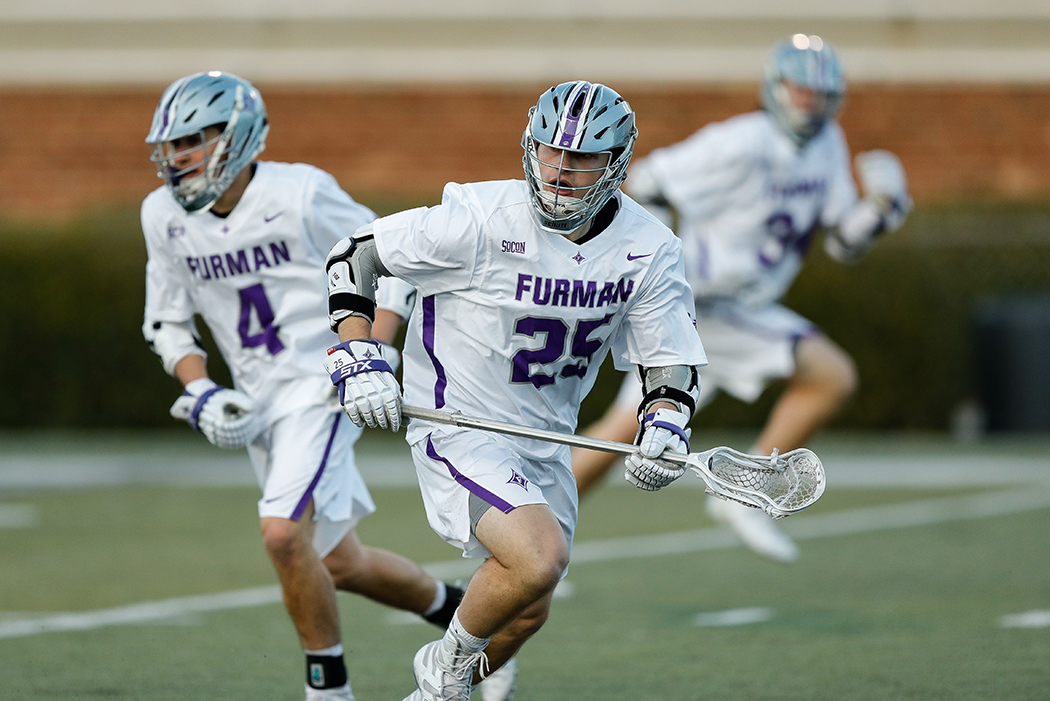 Brett Tenaglia scored three goals against North Carolina and carved out a starting attack role in his first season with Furman. Courtesy of Furman Athletics

When Furman assistant coach Andrew Athens pulled into the parking lot on May 18, he wondered why the baseball coaches were there. The athletic department had already met earlier that day, outlining necessary financial adjustments like salary cuts and budget trimming. Still, nothing had been mentioned about a program discontinuation, Athens said a month later.

He pulled his Chevy truck into a parking spot and dissected the morning’s meeting with Meade, who sat in the passenger seat. After it had concluded, the Furman athletic director phoned Meade about a second meeting in the football office at 1 p.m. Later that afternoon, the staff had scheduled a third meeting, this one with the Furman players.

Two weeks before Furman’s season ended, Tenaglia had solidified his spot as one of the Paladins’ top attackmen. Horan was their top cover defender. And Meade said that, despite a 1-6 record, they were starting to make strides before conference play began.

Tenaglia had earned his first start against Navy on Feb. 15, but the Midshipmen held the Paladins scoreless for three quarters in a 19-3 victory. Two of those goals, though, came from Tenaglia. He was supposed to be a building block for Furman — a recruit who slid under the radar and could push Furman past seasons of mediocrity to becoming a perennial contender. 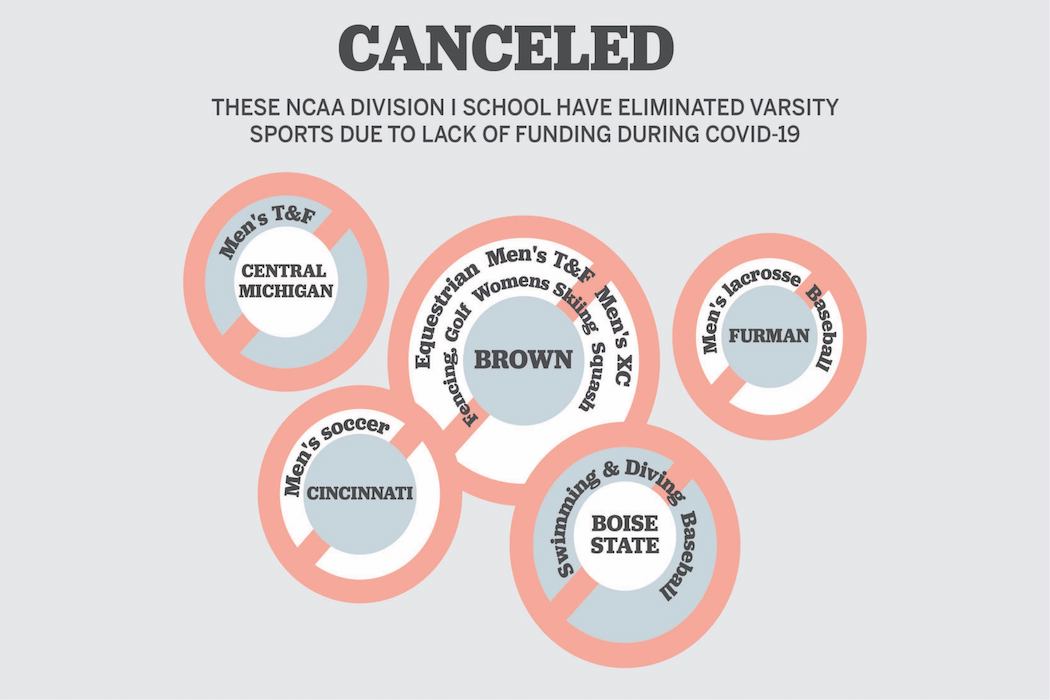 Furman coaches were hesitant to play Tenaglia too much during his freshman year, but against Utah early in the season, Tenaglia’s strong start to the game drew the Utes’ top cover guy off Furman’s top attackman and over to him. Two games later against North Carolina, he scored his first hat trick.

That same night, Horan shadowed the Tar Heels’ best attackman, his second of three-straight assignments against top 15 teams. It was the culmination of his path with Furman. He began as a freshman scout team defender who made the “good old freshman mistake” of missing an advising meeting — and had to choose between pushing a 45-pound plate 100 yards on the turf or a full-field suicide — to the sophomore who lost 20 pounds that summer, Emmer said.

But after the Paladins’ loss to Penn State on March 10, uncertainty hung as the two teams sauntered off the field. Earlier that day, Amherst became the first school to cancel the rest of its lacrosse season. The Ivy League canceled soon after, too.

Two days later, all of the NCAA shut down. Furman’s extended spring break turned into online classes, which turned into coaches giving Horan, Tenaglia and their teammates through social media. During that time, the Paladins’ athletic department said cutting the program wasn’t even a thought, Emmer said, but that soon changed.

Players gathered on that third Zoom call and were polled about their plans. Within 10 days, Horan and Tenaglia had committed to Syracuse. When defensive coordinator Lelan Rogers called Horan as he was traveling back with his family from Lake Placid, and when Tenaglia returned a missed call from SU head coach John Desko, they became some of the first Furman players to land with new teams.

“Zero signs,” Horan said, had turned into a week filled with phone calls and recruiting pitches. It became an unwanted trip to the transfer portal.

If fall sports are canceled, that might happen for more athletes, perhaps even some at Syracuse, too.