As a freshman in high school, Ahmad Masood walked onto a surface he never anticipated — the turf of a football field.

Before joining the Cranbrook Kingswood High School (Michigan) football team, Masood had to learn some of the basics of the game that his peers already learned from Pop Warner Little Scholars and middle school: strapping the buckles on his shoulder pads, adjusting the chin straps on his helmet and lacing up his specialized football cleats.

But stepping in between the white lines wasn’t the only thing that was different for Masood. When he glanced around the field, no one else looked like him.

“It didn’t really shock me, but it was something to get used to,” Masood said.

According to the NCAA’s Race and Gender Demographics Database, Asian players represented only 1.76% of Division I athletes during the 2020 season. Masood, who’s half Indian and half Pakistani, is the only player on Syracuse’s roster from South Asian descent.

At 6-foot-3, 250-pounds, Masood walked onto the Orange’s squad before the start of this season, listed as an offensive linemen under new position coach Mike Schmidt. Masood starred at Cranbrook Kingswood, playing offensive and defensive linemen for four seasons.

Masood’s start in football made him realize the lack of a role that football played in the Asian community. Masood didn’t see players that looked like him on his predominantly-white high school’s field or many on his opponents’ teams.

“It put in perspective how big football is in the Indian or Pakistani community,” Masood said. “Something I pride myself on is that I was able to break the stereotypical mold of what people think.”

The lack of interest from first or second generation Americans in sports like football comes from the ways that these communities look at sports in general, Masood noted. Sports are seen as something for enjoyment rather than other academic extracurriculars that are emphasized in these communities because those avenues are something kids can “utilize later in their life,” he said.

People from the outside, who don’t know the work I put in to get to where I am right now, they look at me based on my skin color

Masood held the shot put record at his middle school, but he had never played an organized team sport until high school. He said the “flashiness” of football reeled him in when he started high school, but he still had to get acclimated to the team.

Knowing that he was on a learning curve with football itself, Masood “fell in love” with weight training. Cranbrook Kingswood Athletic Director Steve Graf said Masood worked out with a group of linemen, all with the goal of playing at the collegiate level — which Masood hadn’t even thought about yet.

From his sophomore to junior year, Masood said he “kicked it into another gear” with his training and commitment to the game. His mom, Farah Masood, said Masood joined a gym specifically for athletes and made big changes with his diet.

“The South Asian plate is more rice and less meat and vegetables. He kind of had to flip that,” Farah said. “He had a mission and he was going to go for it.”

Graf said as a junior, Masood came up to the coaches and told them about his new aspirations of wanting to play college football. He had put the work in the weight room and had become one of the strongest players on the team, but Masood still had to work on his “footwork and football IQ,” Graf said.

Ben Jones, Cranbrook’s then-head coach, emerged as a “second father figure,” Masood said, pushing him harder than he thought he could go. Jones created a “get to” mantra among his players, something Graf said players like Masood still employ to this day. 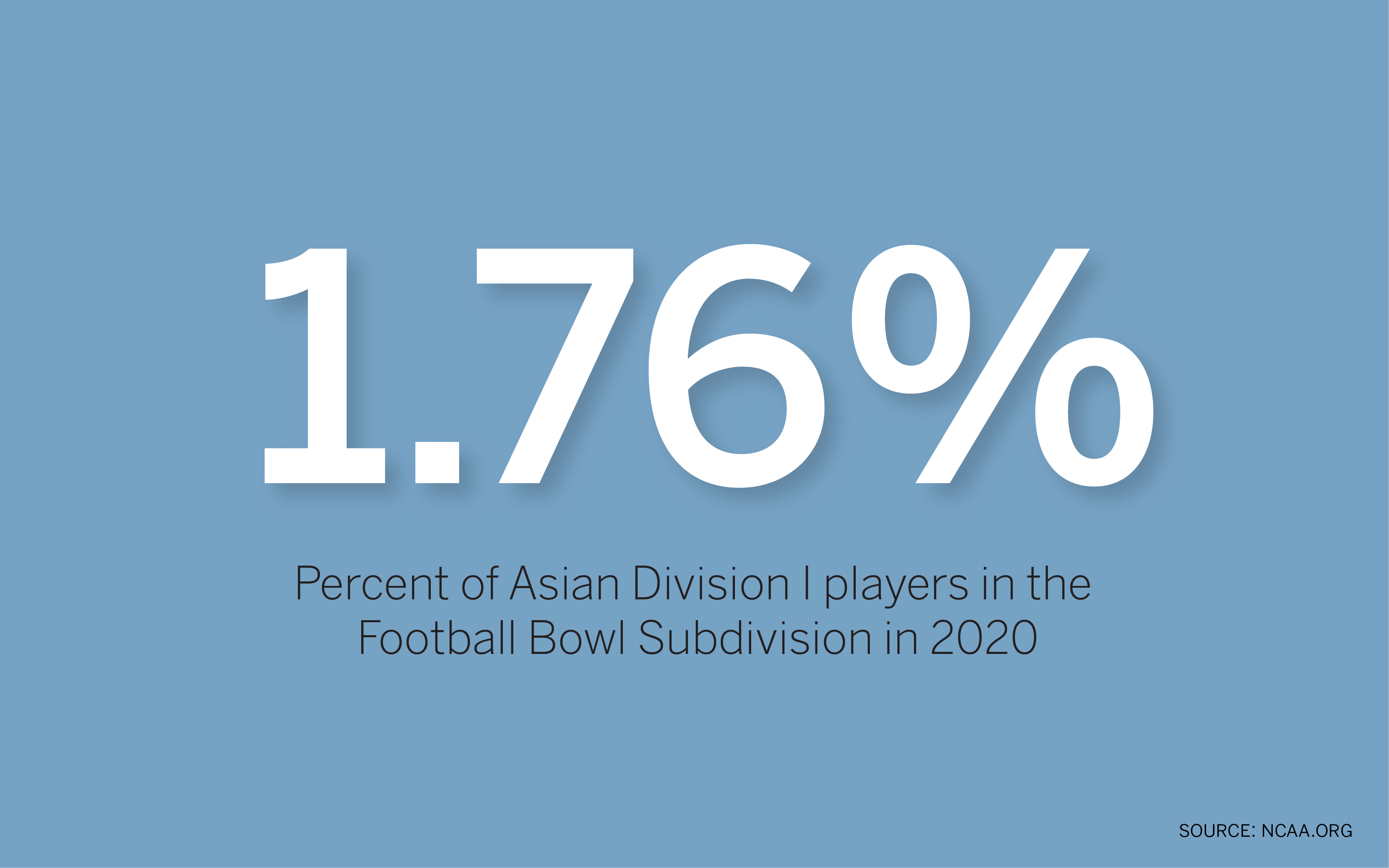 The “get to” mindset preaches how players have the ability to play sports and be a part of the team, making it a choice rather than something on the schedule, Masood said. Masood continued his pursuits in something that was “different” for people from his background, with this message in mind. He continues to use this message at Syracuse in honor of Jones, who passed away after he was hit by an intoxicated driver last year.

“People from the outside who don’t know the work I put in to get to where I am right now. They look at me based on my skin color,” Masood said. “But football was something early on that I loved, and I realized that if I really liked it, I’m going to keep pursuing it and trying to get to the next level.”

Graf said Masood saw other students who, like Masood, were unsure about starting a sport not common for people of their Asian backgrounds. But Masood got them to join the team, which Graf said benefitted his roster.

“Ahmad was one of those kids that brought kids into the program that were not football players, but he got them excited about being a part of a team,” Graf said. “They start not knowing how to put a uniform on, but by their senior year, they’re able to contribute.”

Masood increased his off-field pursuits, going to camps like the Chicagoland Showcase between his junior and senior seasons. Farah went along for the road trips despite having little knowledge of the sport, as none of her other children had played the sport.

“It’s very different for a South Asian family. We’re very academically focused,” Farah said. “Ahmad was like, ‘Mom, Dad, we’re going to go here.’ We could see his passion and that got us excited about it too.”

Jones helped Masood get into these camps, and by his senior year some of his film was getting traction from colleges. His dream of playing DI football began to turn into reality.

Masood’s film made its way to Vinson Reynolds, Syracuse’s defensive line coach. Reynolds offered Masood a spot as a walk-on for the Orange, but because of COVID-19, he waited until 2021 to join the team. Masood finally joined SU’s roster in the spring for training camp.

Although Masood is solely a practice player and most likely won’t see the field this season, he said being on a DI Football Bowl Subdivision team has been a “unique experience” for someone with his background.

“We feel so fortunate because you don’t see South Asian players on any DI rosters,” Farah said. “(Ahmad)’s realizing how much work it is. It’s not easy, but he’s really enjoying it.”