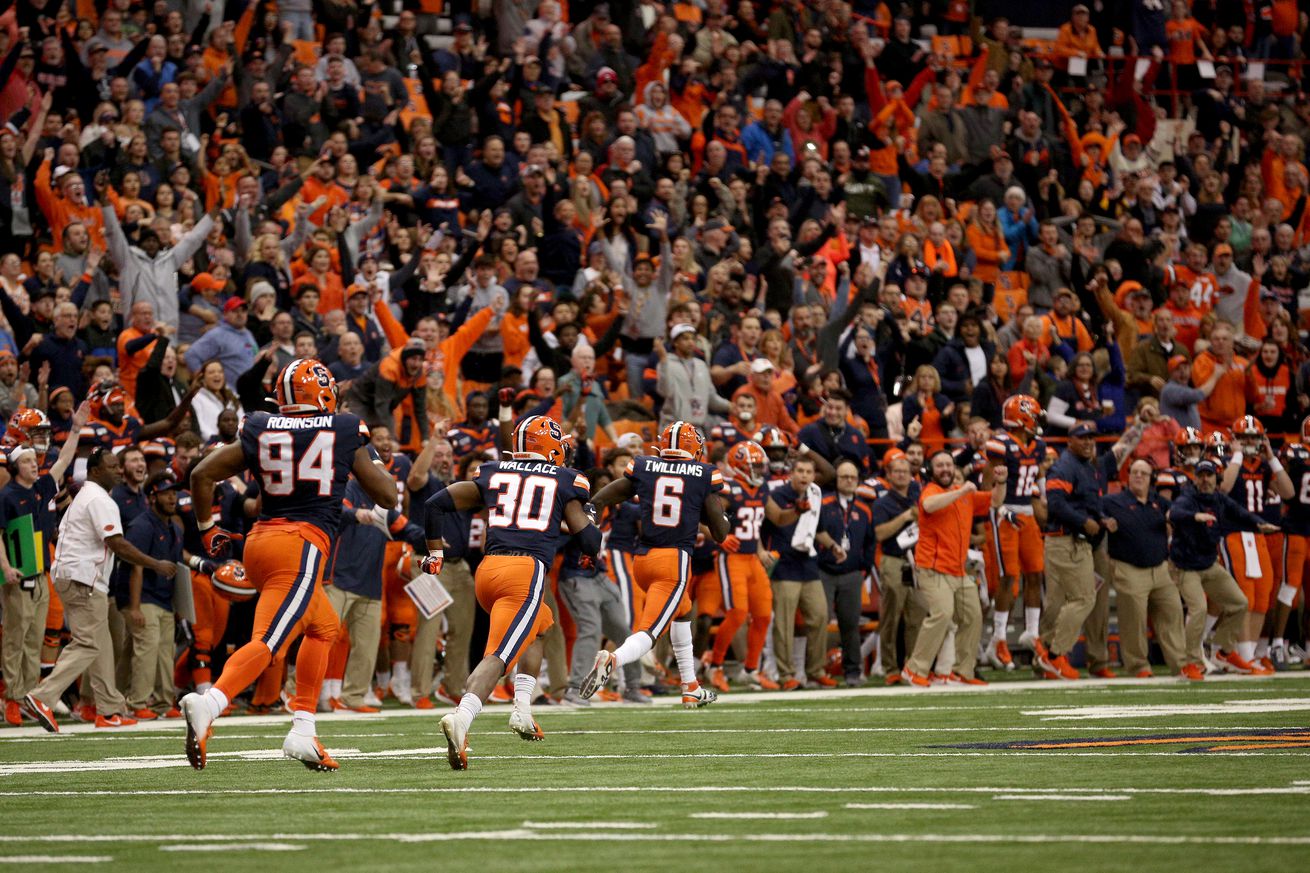 The last thirty years haven’t been incredibly kind to Syracuse Orange football fans but some recent research shows it hasn’t been as bad as some might believe. Over the last week Banner Society has gone through every FBS teams results between 1990 and 2019 to look at blowouts and nail-biters.

They deemed blowouts as any game where the difference in the final score was 35 or more points. Over the time period Syracuse delivered 25 blowout victories and suffered 18 blowout losses. During Dino Babers’ tenure, the Orange have had 3 blowout wins and 5 blowout losses. I’m not going back through all thirty years but for comparison Scott Shafer’s teams registered 4 blowout wins and only suffered two blowout losses while Doug Marrone was only involved in one blowout game- a win over Colgate. With their +7 blowout differential Syracuse is tied for 56th out of 132 teams with Missouri, Marshall and UCLA. Over this time period Nebraska leads the way with 77 blowouts delivered while Ohio State has a +67 blowout differential.

When we switch over to nail-biters (any game decided by fewer than three points) we see that Syracuse has a record of 8-12. It’s really hard to imagine that Syracuse has been involved in 23 more blowout games than nail-biters since 1990 because I would have thought it was closer than that. The -4 differential ranks in the bottom 25 of FBS teams but it’s still better than Duke, Pitt, and Notre Dame among others. Northwestern has the most close victories with 21 while Central Michigan has the best differential in nail-biters with a +12.

The bye week leaves time to look at some of these unusual statistics but let’s hope we’re not adding any losses to either of these categories in 2020.