As Aidan Arber blazed up the right wing, he received a lead pass from midfield. Arber beat his defender with two sharp cuts and fired a shot into the bottom right corner of the net. Arber’s goal against Richmond United on June 2, 2018, was his first tally with New York City Football Club Academy.

“When he gets the ball and sees an opening, he just drives and he’ll take on the whole team to get us a penalty or a goal,” Arber’s academy teammate Chistrian LoGrasso said.

Arber will begin his career at Syracuse University next fall after finishing his three-year career at the NYCFC Academy, one of the top MLS academies. The right back started his club career at World Class FC and eventually moved on to play with the Triangle Soccer Fanatics, where coaches from NYCFC noticed and recruited him. His time at NYCFC eventually led to offers from multiple Atlantic Coast Conference schools, including SU, which he committed to on November 11, 2020.

After speaking with coach Ian McIntyre and watching how he sets up his roster and the position of the other players, Arber said that the team is excited to have him on the squad. “They think I can make an impact and I feel the same way,” Arber said.

NYCFC’s national exposure also gave Arber the opportunity to play tournaments in other countries such as Brazil, Holland, Argentina and Canada. Arber said playing outside of the U.S. helped develop his foot skills and his views on the game.

“In Brazil, they are not allowed to play on grass fields until they are 15 or 16 so they develop really good foot skills because you are playing on a gym floor with a hard ball,” Arber said. “Being there for two weeks and seeing how these guys eat, sleep and breathe the game, … it’s just a whole different game overseas.”

The players in Brazil were extremely dedicated, Arber said, because becoming a professional soccer player was one of the few opportunities for many Brazilians to escape the harsh conditions they lived in.

A year after playing in Brazil, Arber was invited to train at the National Team Training Centers in Boston after a scout watched him at NYCFC. Coaches at the center stressed the importance of putting in work outside of team training, or “invisible training,” a term Arber’s coach calls the training because it happens away from team practices.

Through the training at NTTC, Arber improved on his speed and attacks, which he now considers his biggest strengths. Arber said that he considers himself more of a right wing than right back because of his aggressive mentality and explosive play style.

“Having him make the runs up the wing, I can find him over the defenders and cause our team to have a chance to score,” LoGrasso said. 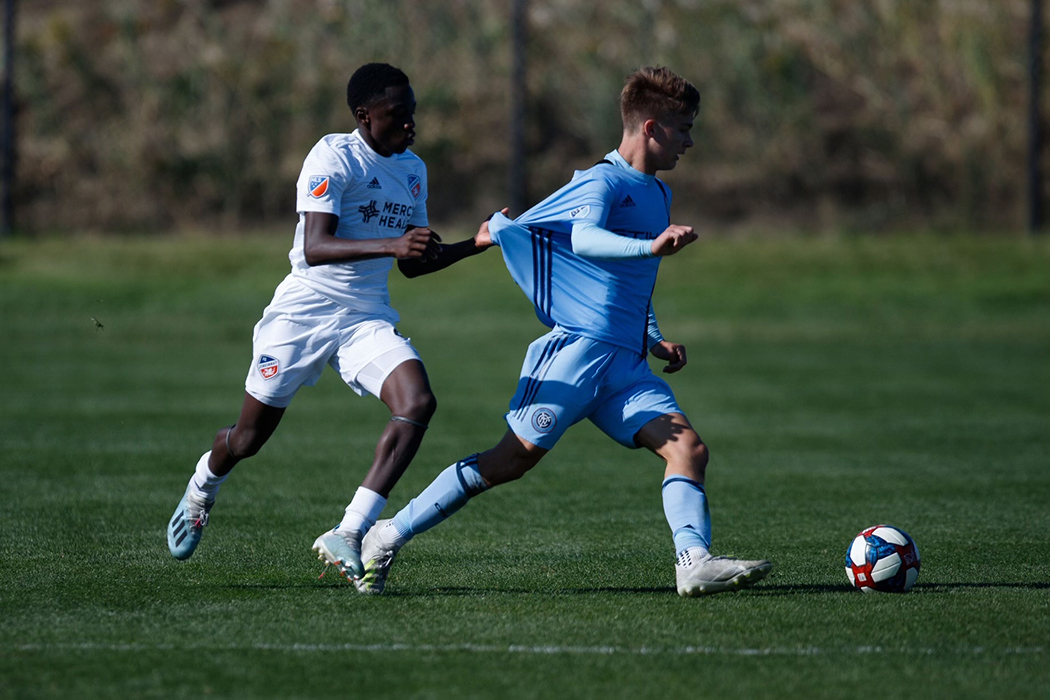 Arber is currently playing for his fifth club, Player Development Academy in Somerset, New Jersey, which is his last club before attending SU. Sam Nellins coached Arber at PDA and oversaw his SU recruiting process.

Although he had offers from other ACC schools, Arber said he ultimately chose Syracuse because of its ability to develop and send players to the MLS Draft. Two Syracuse players were drafted in the 2021 MLS SuperDraft in January, including the 13th overall selection, Luther Archimede. It marked the seventh straight year a Syracuse player had been taken in the first round.

“I expect him to be on the pro track through what Ian (McIntyre) and the staff are doing at Syracuse,” Nellins said.