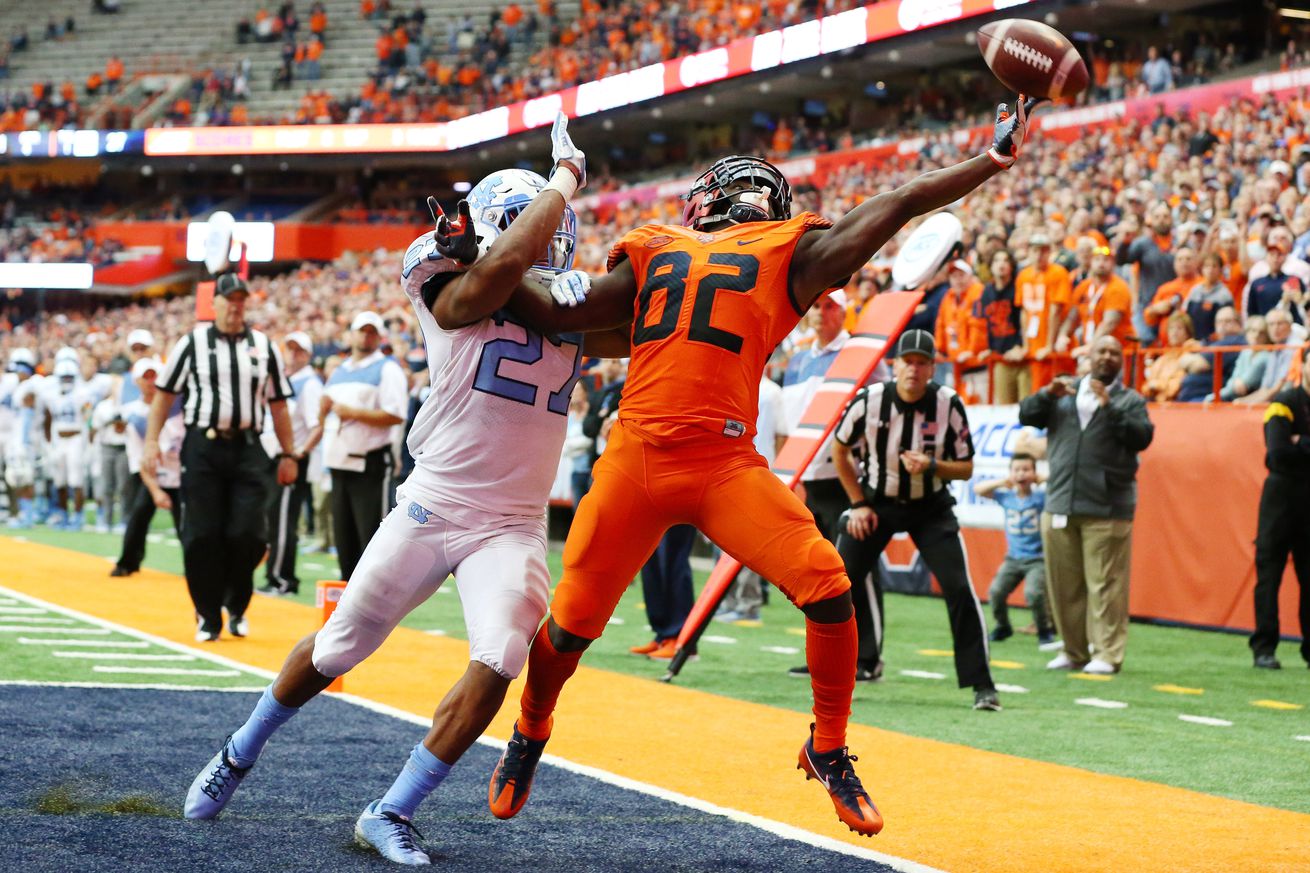 After weeks of questions around what the ACC football schedule would have to evolve into, it seems we’ve gotten our answer. The league officially announced the rumored “10 + 1” format, where they’ll play 10 games against ACC (including Notre Dame) opponents, plus an additional home/in-state game to get to 11.

The whole thing is laid out below in a very busy graphic for you.

The 2020 Football Schedule Model has been announced.

Once you get reoriented, here are the basics:

And here’s the Syracuse Orange’s schedule (dates TBD, though games will start the week of September 7-12):

SU has one of the better home schedules of any team in the conference, with the five most winnable games all within the cozy confines of the Carrier Dome. And then, of course, you look at the road slate, which is probably the hardest of any team’s. If you’re laughing about losing FSU and the schedule getting more difficult, you are not the only one.

Clemson, UNC and Notre Dame should all be top-25 teams this year (with CU and ND in the top 10). Meanwhile, UL and Pitt are fringe ranked teams, depending on how you feel about them.

We don’t see game No. 11 accounted for here, but for Syracuse, that probably means one of several ideas:

Would assume we get a better sense of which option Syracuse picks soon. They’re one of many teams in the conference that doesn’t have that extra game figured out already (the only ones that probably do are the four teams with SEC rivals).

It’s also worth mentioning the other ACC announcements on the day, even though they don’t have to do with football. Have those listed below:

This is a lot to take in, but how do you feel about the football stuff, in particular? This season was always going to be challenging. But I’d argue Syracuse’s margin for error is pretty slim if they want to get to six wins. Until we hear otherwise, we’re probably using that bar anyway, despite the likely lack of non-playoff bowls this year.