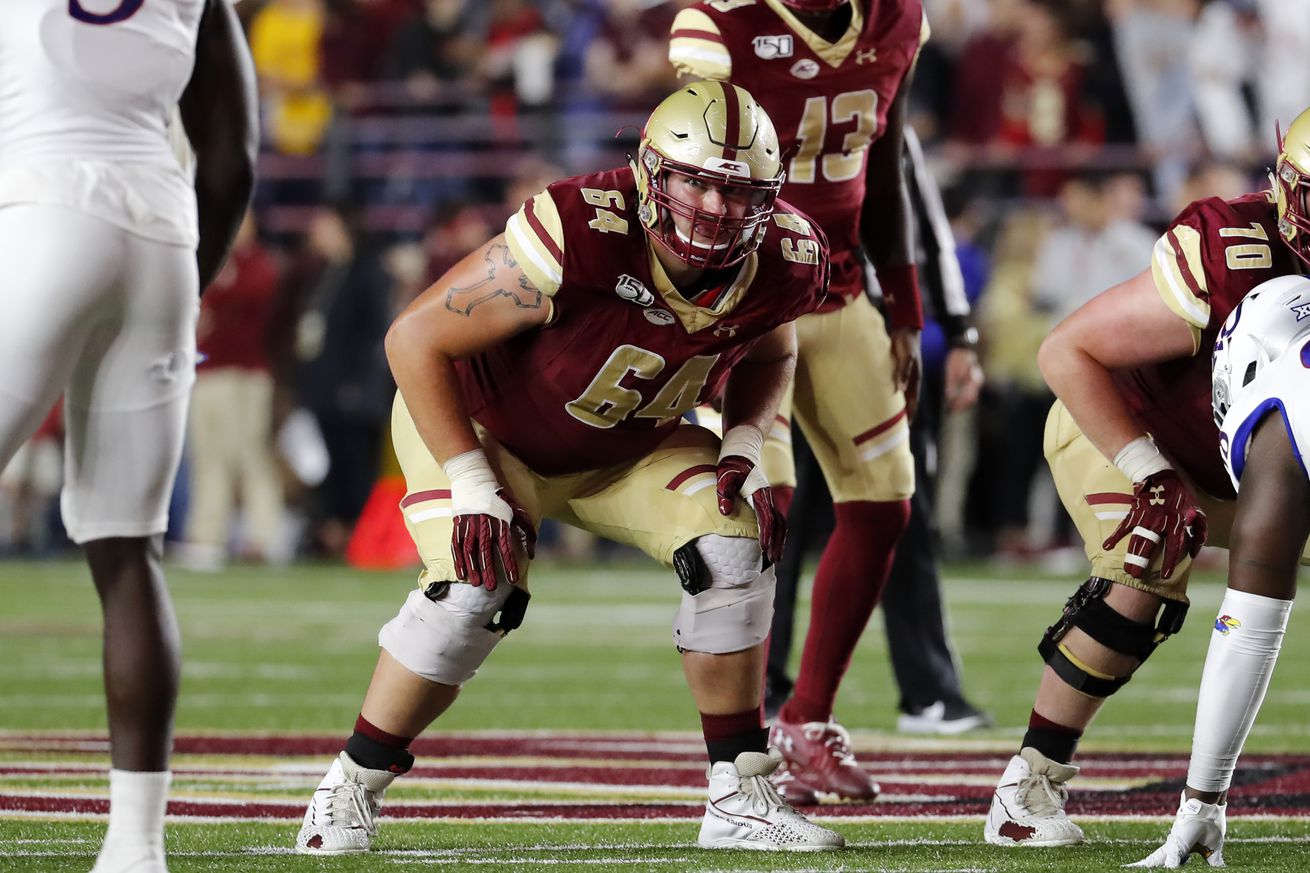 Which league teams are most effective up front?

It was hard to watch the Syracuse Orange’s offensive line for an extended stretch last year, yet what we saw late in the season from some of the roster’s younger talent brings about some hope and optimism. Combined with the transfer addition of Florida’s Chris Bleich and what could be a promising group 2021 recruits on the line as well, and you can see how assistant Mike Cavanaugh survived this offseason’s coaching shuffle at SU.

Your guess about whether college football is played this fall or not is as good as mine. Yet, until we hear firm word that games are not happening in 2020, we’re going to continue with position group previews anyway. This Wednesday, Steve had plenty to say about Syracuse’s offensive line. So now we take a look at the rest of the league in the:

Perhaps to little surprise, Clemson had some impressive O-linemen last year — most notably, first-team All-ACC players John Simpson and Treymane Anchrum. Fellow Tigers Sean Pollard and Gabe Cervenka both earned second-team honors, while Jackson Carman was a third-teamer. Really, most the All-ACC team came primarily from Clemson (five selections) and BC (four). Eagles’ guard John Phillips was a first-teamer, and Ben Petrula and Zion Johnson were second team. If you were still wondering how running backs Travis Etienne (Clemson) and A.J. Dillon (Boston College) looked so impressive running between the tackles last year, well… that’s part of the reason why.

The earliest draft pick among All-ACC linemen, however, was Louisville tackle Mekhi Becton, who went 11th overall to the Jets. North Carolina’s Charlie Heck was a second-teamer, but picked in round four by the Texans; 17 picks after Clemson’s Simpson went to Raiders. Wake Forest tackle Justin Herron made the ACC’s third team, yet was picked in the sixth round by the Patriots. Anchrum (Clemson) was also selected in the seventh round by the Rams.

While the ACC lost a good amount of line talent to the NFL Draft, there’s still plenty left. Boston College’s Ben Petrula and Tyler Vrabel make for the conference’s best tackle duo, and Alec Lindstrom is one of the best centers. Clemson hits reset just about everywhere, but they’re loaded with blue-chip talent and Jackson Carman will return at tackle after his aforementioned third-team All-ACC effort.

Pitt’s Jimmy Morrisey was the ACC’s best center last year, and returns for his senior year this fall. Virginia Tech’s Christian Darrisaw and Lecitus Smith are also among the best players at their position in the league after earning honorable mention nods in 2019. Olusegun Oluwatimi (UVA) could be a sleeper contender as the conference’s top center if he makes some big strides this year.

As you might have gathered by this point, BC’s going to have a really good offensive line this year. The Eagles return four of five starters from last year’s already pretty impressive group, and as you’ll notice below, most of those players are among the best in the league. Despite the coaching change and losing Dillon to the draft, the main reason why Boston College could be alright this year is this line.

Clemson’s not returning anywhere near the same amount (just one starter), yet the team recruits at such a high level that it’s unlikely to matter much. Meanwhile, Virginia Tech brings back a young group after allowing 29 sacks last year, but Darrisaw and Smith should anchor progress in 2020.

FSU’s O-line has been in pretty rough shape recently, and this year is not necessarily a major step forward from that. The best player this year might be one that wasn’t even on the roster last year: FIU grad transfer Devontay Love-Taylor. TBD on the other positions on this line, though.

While Georgia Tech has leaned on a strong line in the past while running an option-based system, things are much rockier now. They’ve made transfer additions to try to address the fact that most experienced linemen on the roster weren’t really recruited to pass-block, but the work is not done (something that Syracuse could potentially take advantage of if there’s something resembling a normal schedule this fall). Wake’s resetting hard up front, and looks to their own transfer — former Maryland guard Terrance Davis — to help matters. Their ranking may be harsh, but they’re potentially looking at a very similar situation to what Syracuse had during the 2019 season.

SU’s hard to peg, because what we saw for about three-quarters of last season did not inspire confidence. Yet, the late shake-up showed a more capable line, and that group loses one starter and could wind up adding Bleich right into the mix for this year. If they do, it may be a top-five line in the ACC. There are a lot of similarly young lines that put in full seasons without the same struggles, though. Ultimately, what matters most is ‘Cuse keeping Tommy DeVito upright this year. The rest — the run game, line rankings — will sort itself out.