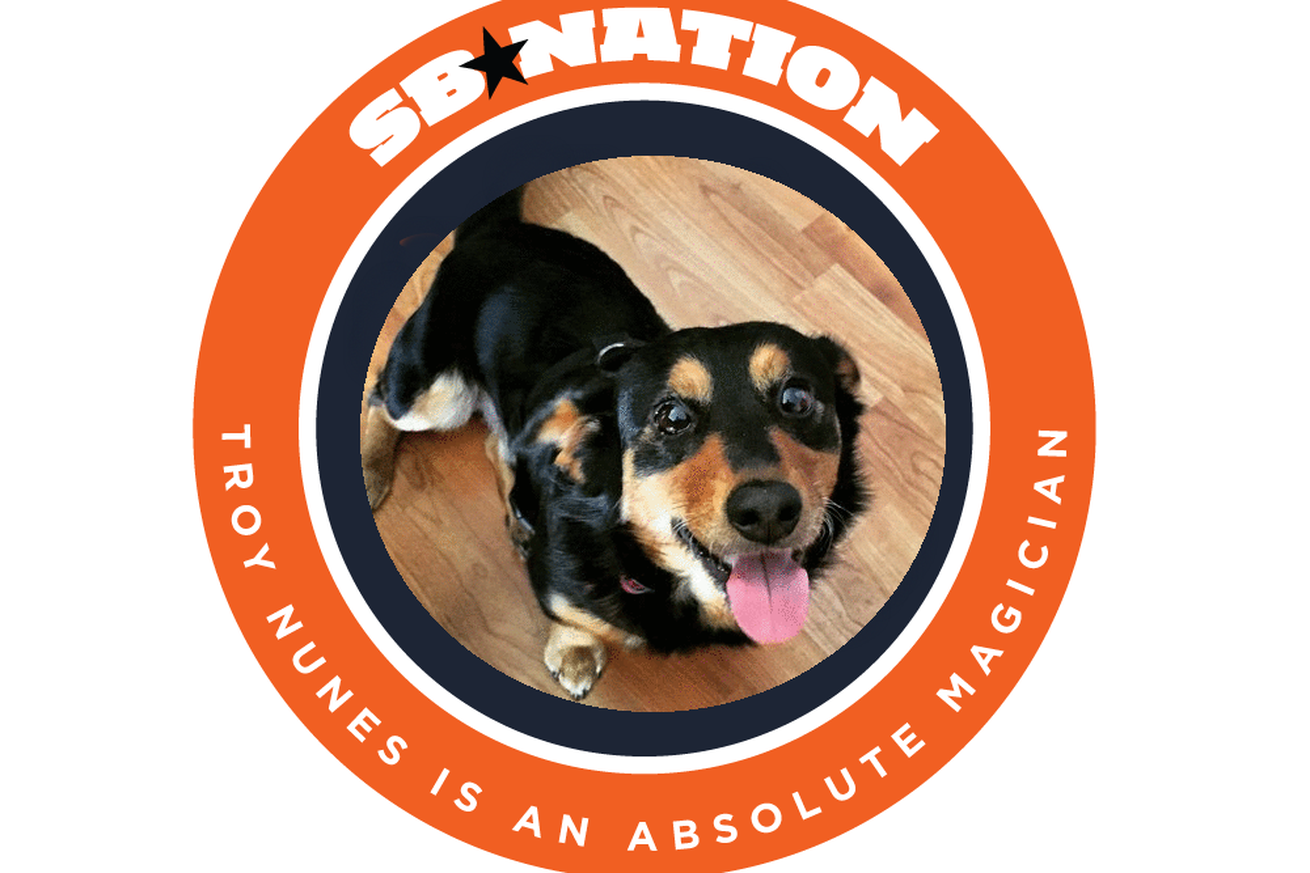 We spent last week telling you how the Syracuse Orange could finish the season with any record between 3-8 and 7-4. As always, you enjoyed some of those pieces more than others. But you were also holding out for picks from the smartest SU prognosticator of all, my dog, James Arthur (typically referred to as “James”).

After being a very good boy who almost nailed the Orange’s dream season in 2018, James’s 2019 pick of 10-2 wound up being a far cry from what actually happened. Undeterred, he’s back to tell you why Syracuse is going 8-3… and the new rug he likes in the kid’s room.

(the rest of this is written by him)

Last season didn’t go as planned, but according to the humans, you could say that about 2020 as well. Not sure what’s going on, but they’re always home now, which is fine by me since that means more walks and the option to pay attention to them if I want. The small one gives me food now, so I’ve decided she can stay.

Also, they moved her to a new room, and then redid her old room — with a new rug I enjoy! I got tricked the last time they “gave me a room,” but I’m confident that this time, there is no additional child to take that space from me. Right?

at North Carolina Tar Heels: Do you know how many blue shirts Dad owns? You guys have every right to think he’s a secret fan of UNC. Their mascot’s a ram. I’ve never met one. They seem aggressive. Pass. W, (1-0) (1-0)

at Pittsburgh Panthers: You guys really have to stop scheduling cats. Especially cats like this one, who are obsessed with ketchup and make up words like “yinz.” He looks bigger than me, though, so won’t chase. Just going to glare from a distance. W, (2-0) (2-0)

Georgia Tech Yellow Jackets: Is this team’s mascot a bee or a car? Dad says Georgia Tech stomped Syracuse to hell the last time they faced off. I’d prefer they don’t do the same this year, just to avoid his complaining about it. Be gone, bee-cars! W, (3-0) (3-0)

Duke Blue Devils: I’m no theology major, but this devil looks like a human in the sense that he has hands, and those are for petting. You’re not going to trick me into saying mean things about a person when I don’t know whether they’re going to give me a treat or not. Let’s give him a shot. L, (3-1) (3-1)

Liberty Flames: From what I can tell, flames seem pretty dangerous. Yet, they’re pretty warm. I like warm things, like blankets. Dad says I won’t want to snuggle with these flames. I’ll take his word for it. W, (4-1 ) (3-1)

at Clemson Tigers: CATS! As always, this cat needs help and I’m happy to provide him an ending here. Just tell me where to find him. Oh, he’s on the other side of the country? That involves a plane. I don’t do those anymore. W, (5-1) (4-1)

Wake Forest Demon Deacons: You guys are big on people with religious overtones this year. The man in the top hat may have eyes that pierce through human souls, but dogs don’t seem to be affected. If he has hands, he can give out a belly rub. L, (5-2) (4-2)

Boston College Eagles: The other day, I saw a group of birds sitting in the street and felt compelled to try and chase after them. They dispersed within seconds when I came near (much like Syracuse’s defense while trying to stop AJ Dillon last year — I’m sorry, I was actually paying attention for that game). W, (6-2) (5-2)

at Louisville Cardinals: Back to back birds! Speaking of birds, Dad largely stopped eating meat, so now his lunches don’t involve me anymore. This is a tragedy. Feel like between this and the kids, I was sold a bill of false goods around here. W, (7-2) (6-2)

N.C. State Wolfpack: While it’s very difficult to have me pick against a fellow dog, this dog has shamed us all by wearing clothes — willingly! Look, friend, we’re not meant to wear clothes. The idiots here try to put a shirt on me once or twice per year, and I just run at the sight of it now. You can too, traitor. W, (8-2) (7-2)

at Notre Dame Fighting Irish: What was that? You’re telling me that if Syracuse wins this game, they’re going to be playing in another football game based on what I picked? Well we certainly can’t have that. Plus, he’s a human and as previously mentioned, all humans deserve a chance. Even here at the house, I judged the small one too soon, and it ends up she’ll just hand me a bag of Cheerios or rub my back. That comes with some screaming still, however. Still cautious as a result. L, (8-3) (7-3)

My only goals in life are to be a good boy, sleep and get fed. Each accurately-picked win above is worth five “Nunesbucks” since Dad informs me that you clowns don’t exchange actual currency here. No wonder he’s been stuck in the house since March.