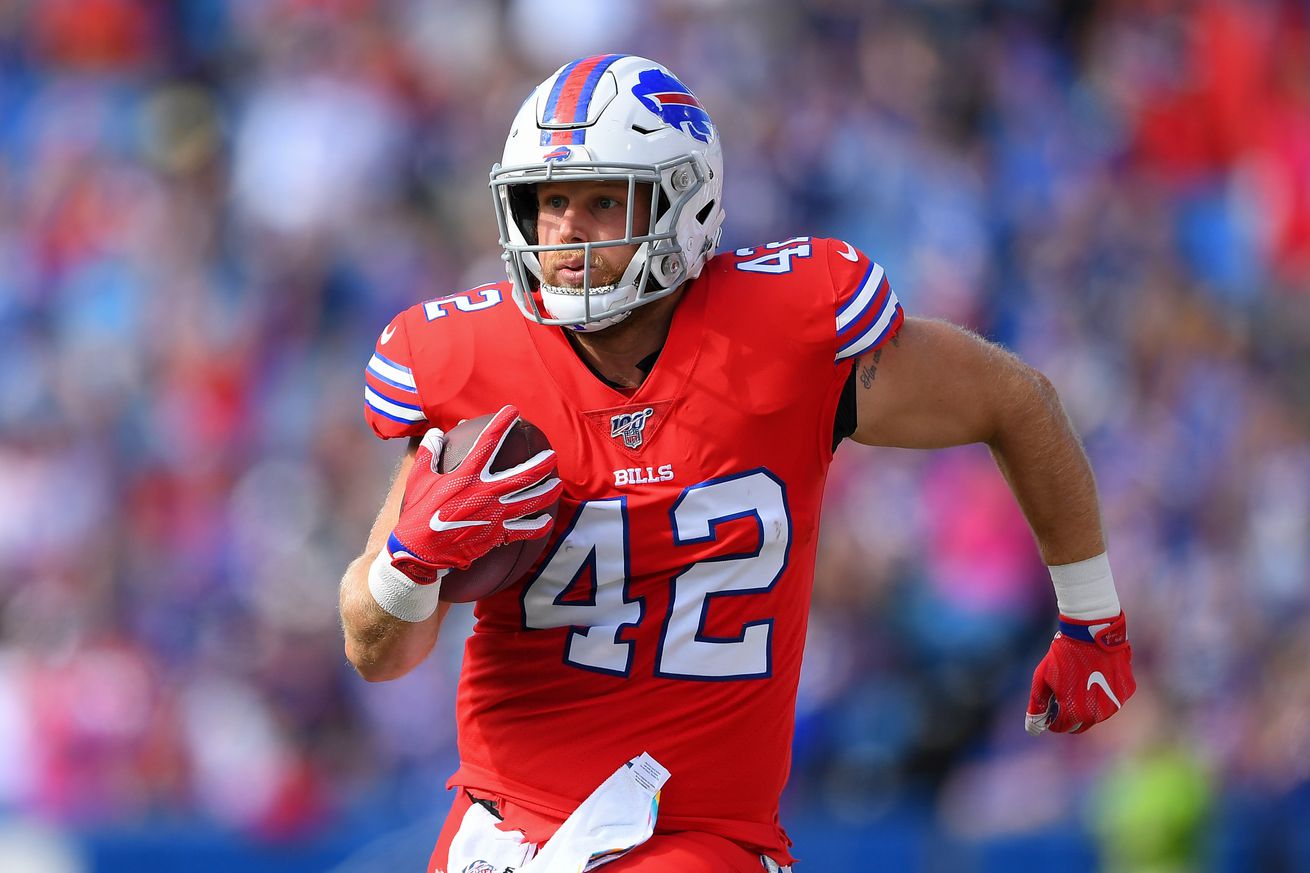 Number eight on our countdown is fullback Patrick DiMarco. DiMarco serves several roles on the team including special teams contributor, lead blocker, and occasional deep ball expert, but his play didn’t live up to his cap number in 2019. He played 15.53% of Buffalo’s offensive snaps. That’s fewer than Zay Jones who was traded and only played in five games. It was 13th on the team among skill position players. He didn’t make up for the lack of offensive plays with special teams snaps, either, as he was 11th on the team with 38% of the STs snaps. Three rushes for four yards and five catches on seven targets for 41 yards was his final stat line.

That wouldn’t be a big issue if the Bills weren’t paying him well. He was the second-highest cap hit among NFL fullbacks at $2.15 million. (Kyle Juszczyk holds a very special role for the 49ers and made $5.85 million.) The AFC’s Pro Bowl fullback was Baltimore’s Patrick Ricard, who counted just $980,501 against the cap.

While DiMarco’s cap hit drops to $1.9 million in 2020, Buffalo added UDFA Reggie Gilliam this offseason. If they are only going to use a FB on 15% of the plays or fewer, they might be able to get away with the swap, especially if they want to keep Lee Smith and with the addition of bruising RB Zack Moss.