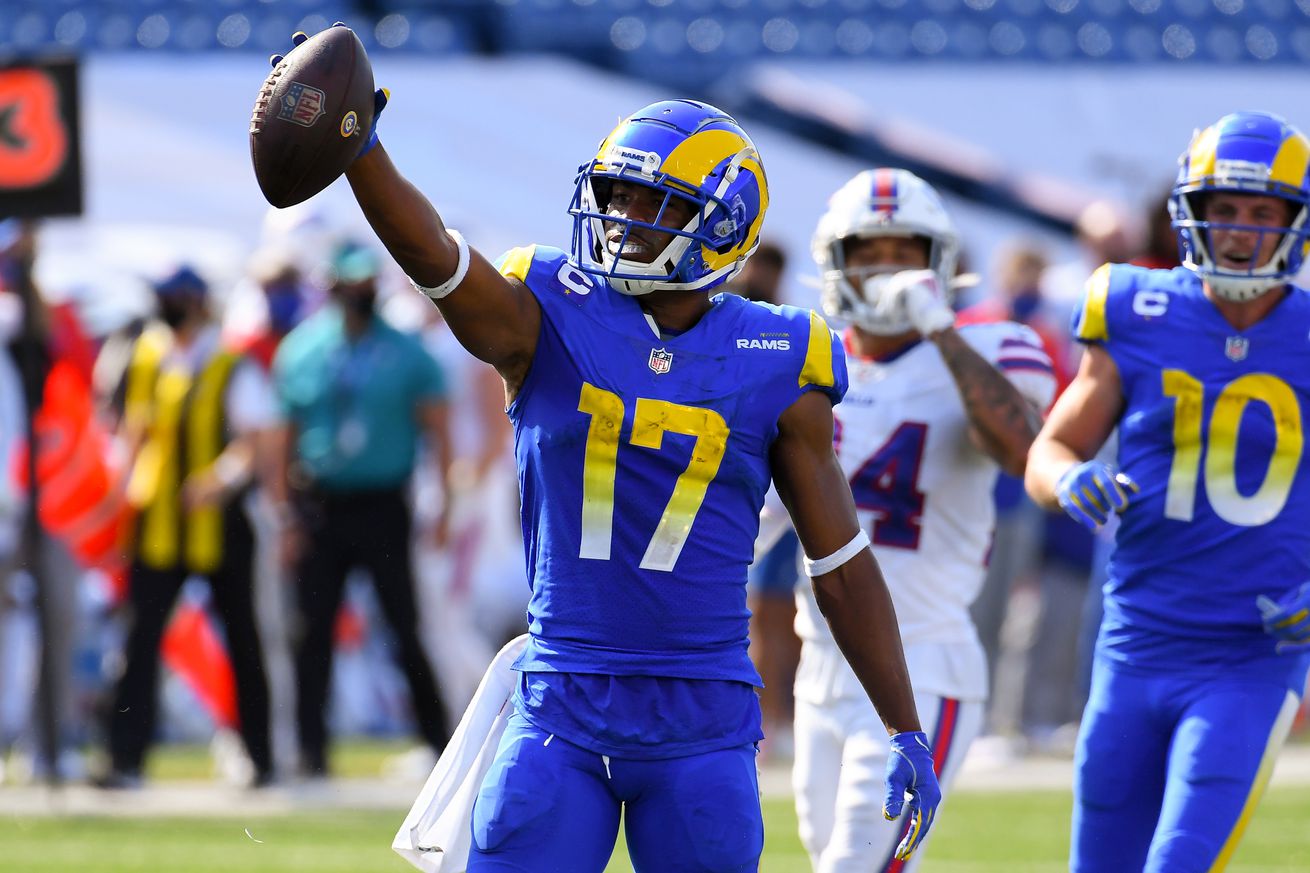 99% doesn’t get scarier than this

Win probability (WP) is a number that represents a team’s chances of winning. It was originally created by Pro Football Reference (the OGs of advanced statistics) although there are some slightly different versions in use today. Win probability is determined by a formula that takes into account things such as team strength, current score, time left, field position, possession, and down & distance. Essentially, it creates a chart of how a team’s chances of winning ebb and flow (or peak and plummet) with the results from one play to the next. Each week, the WP is charted for every NFL game by numberFire, ESPN, and Lee Sharpe.

It didn’t take long for the Buffalo Bills to have a game that creates a crazy-looking WP chart with a dramatic spike at the end. Here are a couple examples of what came out of Sunday’s game with the Los Angeles Rams.

The story within all these graphs is essentially that Bills fans were riding as high as possible in the late second and early third quarters of the game on Sunday. The Bills reached a 99% WP by midway through the third quarter but were comfortably in the 90s before halftime. But then as we all remember (or our heart rate monitors can remind us) things began to change with the jump-ball interception to Tyler Kroft.

Despite that play being so embedded in fans’ minds and in retrospect being a turning point for the Rams and their comeback, it did little to any of the WP charts. NumberFIRE gave a 1.13% boost to the Rams and ESPN actually didn’t have any adjustments. The following touchdown to Robert Woods, which made the game 17-28, still pegged the Bills with a 90% chance of victory.

The next series was another poor third-quarter series that feels all to familiar for the Bills’ offense. It was followed up by a booming punt from Corey Bojorquez, which actually boosted the WP by almost to about 92% with only a minute and a half left in the third.

Things changed quickly from there, for fans and WP. Win probability still had the Bills at about 72% chance of winning after the Rams drive that ended in a Cooper Kupp TD and successful two-point-conversion closed the game to 25-28. The Bills were up by three, with the ball, and 10:34 left in the game. It makes sense that WP would still see the Bills as most-likely to win the game. But WP doesn’t include all the baggage Bills fans check for the flight of each game.

In that same moment, where WP situated the Bills with a 72% chance of winning, many fans felt equally confident a loss was coming. We’ve seen it all before; the defeat snatched from the jaws of victory. The Rams go-ahead-score hardly felt surprising, but rather seemed perfectly in line with the Bills’ divinely ordained destiny of mediocrity. Win probability was still probably a bit generous only giving the Rams a 67-75% chance of winning. It easily felt like the Bills were now at 20-to-1 odds to come back.

Let’s recap the major plays of that final drive and the WP that goes along with them:

At this point the Rams have about an 83% WP

The game is now close to 50/50 with the Bills having a slight edge.

These plays and our memories of them speak for themselves. The ups. The downs. The confidence. The disappointment. And ultimately the unbridled joy. Go Bills!