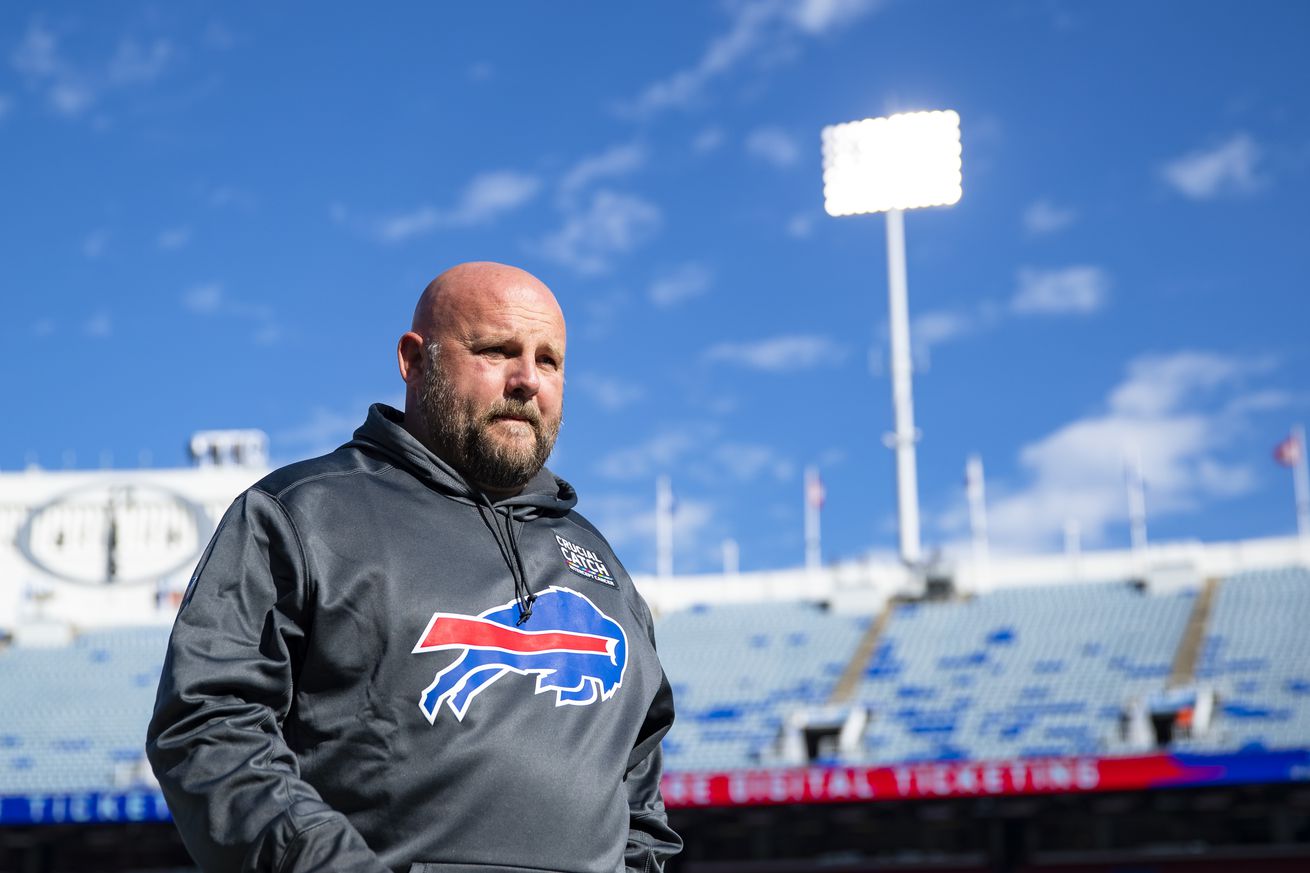 As we prep for the Buffalo Bills’ season it’s a natural inclination to try to predict what will happen. One of the biggest changes we’d all like to see is growth from the offense. There will be a minimum of 13 other teams trying to prevent that though. What kind of challenge should we be expecting? Without a crystal ball we turn to two other methods: analytics and educated guesswork.

For both methods we’ll take a look at the Bills’ 2019 opponents to set up a baseline and then check in on 2020 projections to see what we might expect. We’ll start with a data driven model that’s pretty straightforward.

Because we only really care about relative quality we’ll start with league rankings for two important defensive stats. Points allowed and yards-per-play allowed. From there we’ll add the ranking up and create an average. So for example the New England Patriots allowed the least amount of points in the league last year, so their ranking will contribute a “1.” If you’re wondering the answer is “yes,” it will count twice as the Bills had to go against it twice.

Doing the usual math to get the mean, and it turns out that the average opponent rank for the 2019 Bills was 16. A lower score indicates a tougher average opponent for the record. Though it doesn’t make any difference here since it’s near perfect average.

For the analytical model it does assume stability in the rankings as we won’t know the 2020 rankings for awhile yet. Using the 2019 ranks for the 2020 opponents, the Bills’ average opponent rank is 15.3 for points allowed. That’s technically a tougher schedule but certainly not a drastic swing.

Points are obviously critical but it’s nice to have a second way to measure defenses. I like yards per play as it eliminates a lot of the flaws with volume metrics that are created due to team dynamics. An easy example is the Kansas City Chiefs. They were seventh in points allowed in 2019, but 14th in yards per play. The dynamic offense kept opponents off the field and skewed the points scored.

The AFC East was well balanced with opponents ranked at the top (NE), bottom, (Mia) and middle (NYJ). It’s a safe bet that the Miami Dolphins will improve as they start to build the team in the image of sophomore head coach Brian Flores. The New York Jets lost some key defensive pieces and could regress. While Belichick is a hell of a coach, there should be no expectation of the Patriots remaining on the top of the heap. In addition to massive defensive talent loss, the need to recreate the defense in the post-Brady era should impact the team on a global level.

Last year the Bills played the AFC North, which was a little top heavy thanks to the Baltimore Ravens and Pittsburgh Steelers. Kansas City and the Denver Broncos are the top two defenses in the AFC West but they fall short of last year’s duo in the North. The Los Angeles Chargers and Las Vegas Raiders aren’t great, but overall should be better than the Cleveland Browns and Cincinnati Bengals. That’s of course if everything remains stable. I’d expect a few things to shake up but not a ton. The AFC schedule rounds our with the Steelers and Tennessee Titans, which are common games to both years. Ultimately the AFC schedule looks to be pretty similar in difficulty.

Last year’s NFC opponents included bad teams in Washington and the New York Giants. The Philadelphia Eagles were average. The Dallas Cowboys were the best of the bunch but would be characterized as “high average” at best. This year should be tougher overall as the San Francisco 49ers could bring an excellent defense into the mix. The Los Angles Rams should be a tougher test than Dallas was and you may note I’m suggesting they’re only second-best in the division. The Arizona Cardinals have the potential to continue being quite bad but have plenty of room to improve. And the Seattle Seahawks’ defense has fallen from grace, struggling to make it into the large cluster of average teams. Overall though the NFC games look tougher than last year.

I could have saved you a lot of time by putting this part first but I felt it was important to illustrate the reality of this exercise. If you were reading carefully you’ll see both models came to the same conclusion that overall things shouldn’t be much tougher for the Bills in 2020 than they were in 2019. And this should be true when comparing almost any year for any team.

It all comes down to the fact that NFL teams play 13 opponents out of a pool of 32. That’s just under 41% of the league that a team will face. With that many unique opponents, the odds will always favor a balanced slate of games.