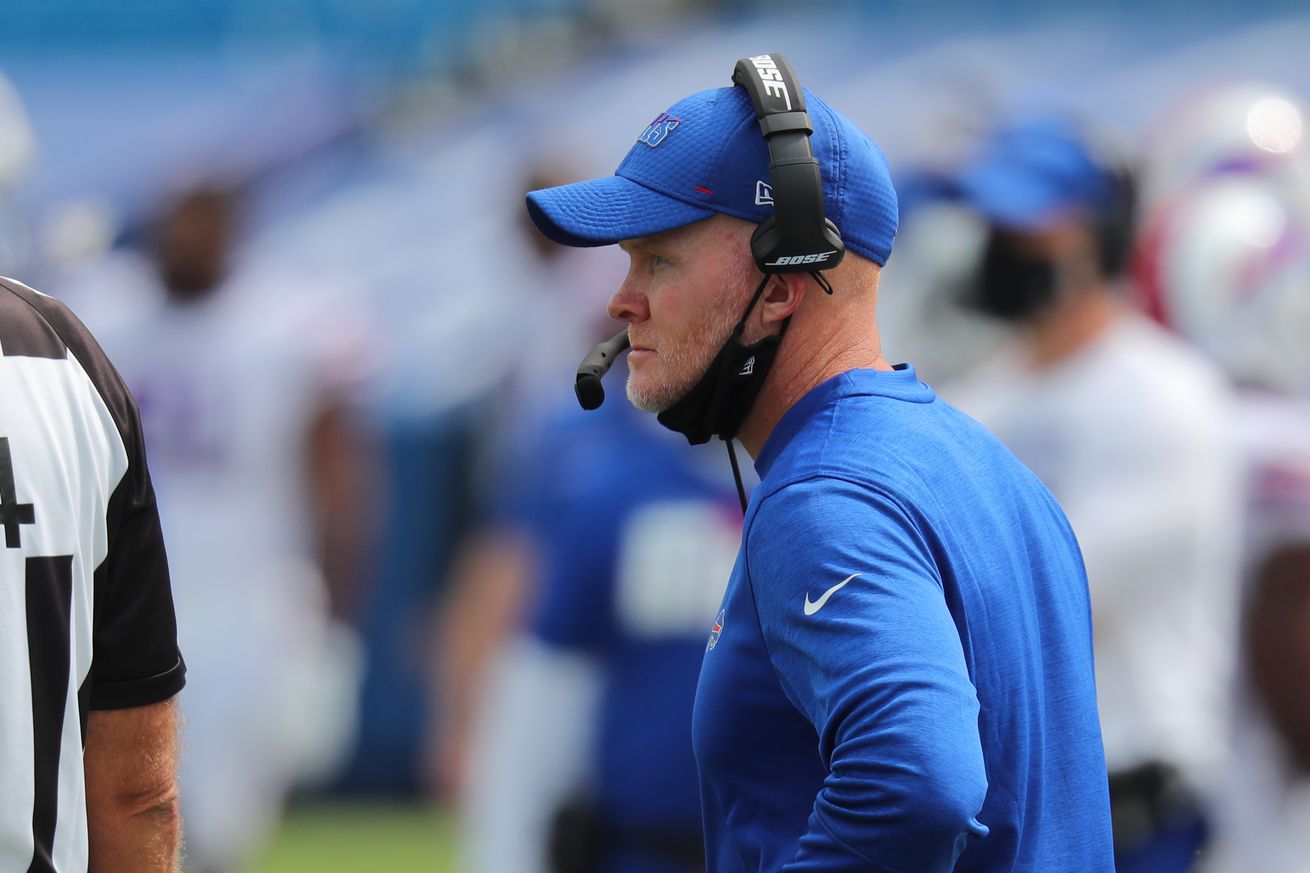 Beane, McDermott, & Allen are the vanguard of this era

There have been a lot of firsts, or firsts-in-a-long-time, under the current Buffalo Bills regime. Going to the playoffs (twice!), having a young quarterback with the arrow still trending up in year three, sustained confidence in the general manager and coach simultaneously, and having the kind of firepower on both sides of the ball the 2020 Bills boast are all things that still feel somewhat strange. Like a sweater with the arms too long or socks where the heel is halfway up your ankle rather than in place. It’s almost like fans are also growing into a new era of their beloved Bills.

For some fans, these experiences are the first of their lifetime. For others it’s the first time in a quarter century. Also of note is that these are just experiences related to the Bills themselves, not to mention that there’s seemingly no longer a big bad bully in the division leaving fans to feel like their scraps are the best to be hoped for. With the Bills ascending while the New England Patriots seem to be (at least for the moment) descending, comes the merging of both opportunity and optimism.

The Bills’ win over the New York Jets on Sunday further solidified that this is the reality we are exploring in the beginning of this season. That game was influential for a very specific reason: It looked like a good team playing a bad team. It didn’t look like a team that people are hoping can pull it all together against a scrappy underdog or any other of the innumerable versions of squads that exist. The Jets looked squarely outmatched from the start to the end of that game. The only reason the game wasn’t an absolute beat down was because of missed field goals and two Josh Allen fumbles. Those are things that need to be addressed but they are not the Bills being beat by their opponent—they are the Bills beating themselves.

In the past, when the Bills have gotten off to good starts or found themselves in a favorable position in the standings, there seemed to always be a fragility about it. Fans roll into each Sunday with bated breath waiting to see if their sandcastle of achievement in the season to date is going to be washed away in the tide or if it will hold off for another week. Those were the times where there was opportunity, but optimism was hard to come by for most.

Now, it seems to feel different for a lot of fans. The Bills are starting a season (without preseason games) against the Jets and Miami Dolphins back-to-back, which is just about as much of a warm-up schedule as one could hope for. So, more than likely this feeling is going to linger for at least another week before the optimism dancing in the heads of Bills Mafia comes under scrutiny. The longer Bills fans get to marinate in this combination of optimism and opportunity the more it begins to morph in legitimate excitement for each and every week ahead.

Here’s to hoping they both have as much staying power as their absence did for 20+ years before.