Buffalo Bills center Mitch Morse will not be one of the NFL players choosing to wear an extra protective face mask on his helmet in 2020. The league and Oakley eyewear teamed up this offseason and unveiled some interesting coverings over the mouth area of player helmets. The idea is to add another safety precaution to combat COVID-19 outbreaks.

While it might not seem important that Morse says he won’t be wearing it… it actually is. Morse is among the players on the field that does the most talking. The center on the offensive line is always out there calling things out and adjusting to the defense. He’s a communicator.

When explaining why he won’t be wearing one via video conference on Wednesday, Morse mentioned this as one of the reasons why. But Morse really kept it simple as to his main reasoning why he won’t have one on… he doesn’t really think on a football field it’ll help much.

Some MLB players wear masks during game currently, but they do actually have some distance between them. Morse’s face is only inches away from multiple teammates and opponents on every single offensive snap the Bills play. He doesn’t see an added layer on the cage in front of him making that much of a difference.

“I am not [wearing one],” Morse said. “Whether it be for communication purposes or… other than that, I don’t think… when the bullets are flying, we’re really making contact and we’re in piles… the face mask is going to protect us. That’s not a bad thing, it’s just, I have my opinion. I know some teams are [wearing it] and if it makes a difference, or even psychologically makes a difference, I think that’s terrific.”

Last week, one player on the Bills who at least tested out the face mask was Jerry Hughes. The defensive end went to his social media page on Instagram to share exactly what it looks like. 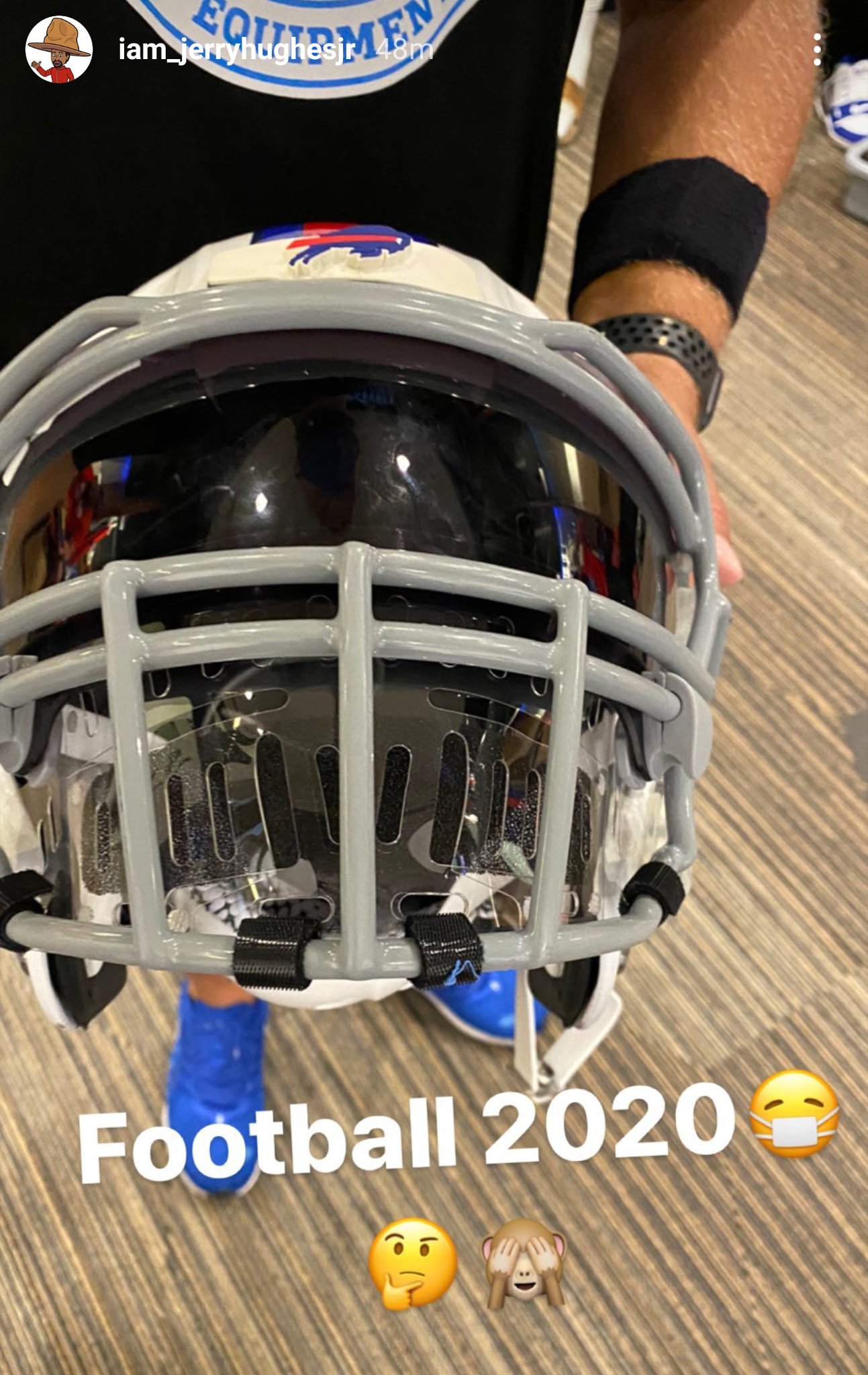 Instead of giving the mask a try, Morse said he’s just going to trust another process, the one of the testing protocols the NFL are undergoing on a daily basis… which will then change to an every other day basis, to keep players safe. Morse actually isn’t the only player on the Bills in a similar position who questioned the face mask this offseason.

Long snapper Reid Ferguson said the coverings “would be smart” but added that the lower half of the cage, where the long snapper will typically looks out of when snapping the ball, is basically their line of vision on each attempt. So Ferguson, when he made the comment back in July, said it’d be something that would require an adjustment.