Week 12 was a rarity for the Bills and quarterback Josh Allen and Stefon Diggs felt it.

In their 27-17 win over the Chargers (3-8), the Bills (8-3) saw their defense win the day. Their offense was a bit sloppy and because of that, their players who’ve been ranking near the top of the NFL in terms of their stats saw themselves drop off.

Allen was 18-for-24 passing, not bad, but he only had 157 total yards. Buffalo’s QB had already dropped out of the top-five in terms of passing yards because of the team’s recent bye week, but he didn’t get back in it. 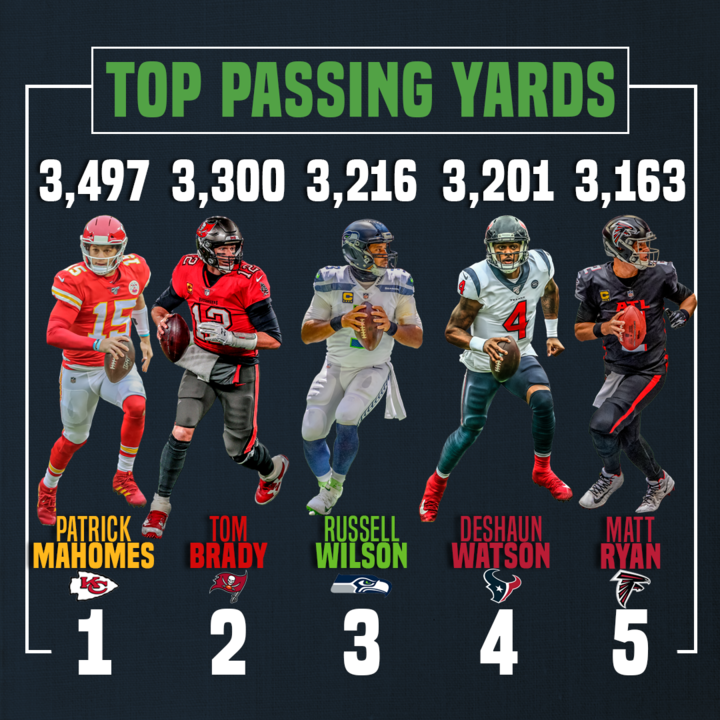 Allen’s solid completion percent against the Bolts did help his cause though, as he jumped up slightly to 68.8 percent on the year. That helped him hold onto the No. 8 overall spot against this week. But some of his other numbers dipped as well.

With one touchdown pass against LA, Allen’s up to 22, which dropped him from seventh to ninth. His interception he added to his totals also helped him see a bad move there. Up to eight picks in 2020, Allen’s now in a tie for the fifth-most interceptions throw, jumping him from sixth.

For Diggs, things weren’t as bad.

In regard to yardage, Diggs had a down game with only 39, but he did have seven catches. His low yards came at a particularly bad time, though. The Seahawks’ DK Metcalf had a 177-yard game in Week 12 and the Chiefs’ Tyreek Hill had 200-plus yards… in the first quarter last week.

That certainly shook things up in the top-five of receiving yards: 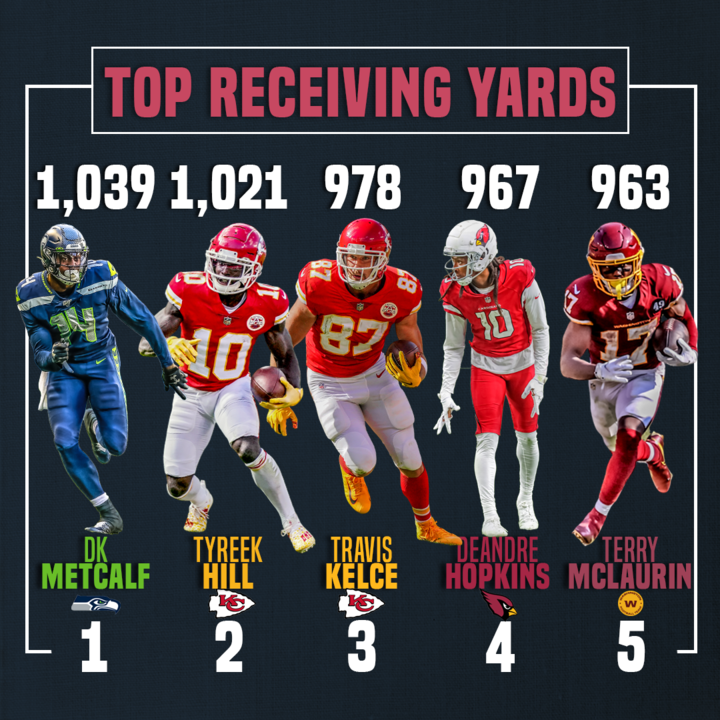 Even after the bye, Diggs was still holding the No. 2 overall spot in terms of receiving yards and now he’s in sixth with 945. But those catches did come at a great time.

Buffalo’s defense held Chargers wide receiver Keenan Allen to only four catches in Week 12 after he had 16 total the week prior. That effort in Week 11 helped Allen pass Diggs in terms of total catches, and he still currently does, but Diggs closed the gap a little. Allen edges out Diggs 85 to 80 for that top spot.

Like his quarterback, Diggs did see a slide in other categories. He didn’t score and remained at just four touchdown catches, a tie for the eighth-most in the NFL. Diggs also only had one catch for a first down against the Bolts, which dropped him from No. 7 to a tie for 10th with 40.

Along with Diggs, we’ve tracked receiver Cole Beasley‘s numbers as well. He also saw drop offs after his two catch, 25-yard outing. Cole is up to 57 catches (T-15th) and 667 receiving yards (23rd). In those respective categories, Beasley was previously 15th and 22nd.

Jerry Hughes ranks No. 2 in NFL when it comes to pass rush win-rate