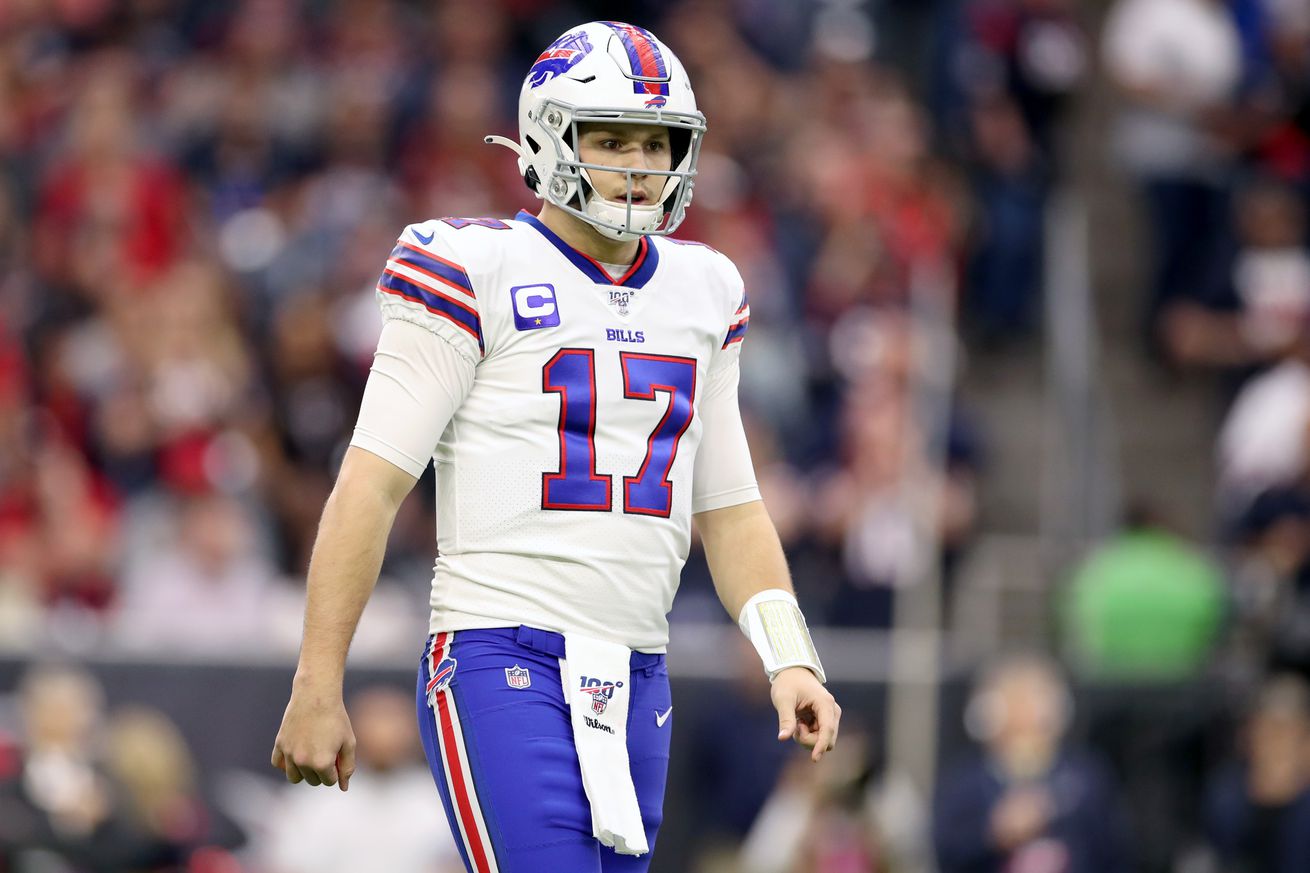 As we ramp up to the start of the 2020 NFL season, most fans of the Buffalo Bills have begun to expect big things of their team. If all goes as planned on defense, a successful season would hinge on a successful Josh Allen and offense. And if we’re dreaming big, MVP Josh Allen would go a long way. What would it take for that to happen?

We have touched upon the subject a couple times now, but let’s dig a bit deeper. To start off with, Allen has the best shot on the team just by being the quarterback. The last time a non-QB took the award was Adrian Peterson in 2012. If we use the eye test the easy answer is that Allen needs to be the type of player who imposes his will on defenses. Let’s see what that could mean.

Before anyone gets triggered, I’m not suggesting that wins are a quarterback stat. They definitely aren’t. However wins get attention and although the MVP honors generally are awarded pretty carefully, getting noticed can’t hurt. So how many wins is a good benchmark?

The Bills won ten games last season, which garnered enough accolades to land Allen on the Top 100 list. Coincidentally, Adrian Peterson’s MVP season came in a ten-win year for the Minnesota Vikings. Matt Ryan’s 2016 season saw 11. Everyone else had 12 or more wins. A 12-win (or 75% win percentage) year should be the goal. Buffalo wasn’t too far off last year. Especially in consideration of their lack of effort in Week 17.

This doesn’t bode well for Bills fans. Only four of the last 10 MVPs reached the Super Bowl. None of them won it. That includes Tom Brady (2017), Matt Ryan (2016), Cam Newton (2015), and Peyton Manning (2013). While the win/loss records noted above do mean playoffs are extremely likely, many teams exited early. The 2010 New England Patriots lost to the New York Jets in the divisional round. Adrian Peterson’s Vikings lost in the Wild Card Round.

An MVP should be a juggernaut and that means making things look easy on offense. It’s highly unlikely that Josh Allen will replicate Peterson’s 2097 yards in his MVP year, but Lamar Jackson’s 2019 campaign sets the tone well for a hybrid entry with 1,206 yards. Cam Newton had 636 in 2015 so there’s a lot of wiggle room when it comes to tallying yards on the ground for Allen. In his rookie year, Allen fell a scant five yards shy of Newton so 600 or so yards is certainly not out of the question.

When it comes to passing, Jackson sets the floor with 3,127 yards. Allen had only 38 yards less so that should be easy to reach. Newton was the second lowest at 3,837 or about 240 per game. That’s a good floor for Allen—who shouldn’t be expected to put up Jackson’s absurd rushing numbers.

Allen’s case would be a lot more solid breaking 4,000 yards. A lot of the last ten MVPs easily eclipsed the 4000-yard mark, with a couple breaking 5,000. A fair few flirted with or broke 300 yards per game, which would be a massive increase for Allen.

And here’s the big one. Allen had 29 touchdowns to his name. Of those, 20 were through the air and the rest were on the ground. Despite Allen coming close to Lamar Jackson’s yardage total in the air, he fell short of Jackson’s 36 TDs. Wait. Let me be more clear on that. That’s 36 touchdowns in the passing game. Jackson had 43 total. Cam Newton had 35 and 10 for 45 total in 2015.

As a pure passer, it does open up the door for a smaller grand total. In 2016, Matt Ryan had 38 touchdowns. None of them were rushing. Tom Brady followed that up in 2017 with 32 touchdowns, also zero rushing. Tom Brady’s 2010 MVP season had 36 in the air and one on the ground. For those counting, that’s three of nine quarterback MVPs with under 40 touchdowns in a season. A safe target would be 40 for Allen, with at least 32 through the air.

To recap, the targets should be set to 12 wins, 4,000 yards in the air, 600 on the ground, and 40 touchdowns with at least 32 in the air. Most of those are pretty lofty goals. The lone exception is wins as the Bills could have had 11 last year. Counting the fact that they roughly went 50/50 in one-score games, a lone lucky break and “some effort” in Week 17 would have gotten them there last year.

For Josh Allen’s numbers though, a bigger jump is needed. Rushing can be pretty static and Allen should be fine in both yards and touchdowns. He’ll need to shoot for about 50 more passing yards per game to reach the 4,000 mark—and adding 12 touchdowns through the air will be no small feat.

I know I’ve made some projections that aren’t exactly optimistic about Allen’s chances but take a second and look at the charts again. Allen hitting 250 yards per game wouldn’t be mind blowing at all. Hitting 32 touchdowns would be a little lofty, needing to reach about a 7% TD rate with his current passing attempts. But a modest increase to 530 attempts would require a more reasonable 6% rate. Reaching 600 passing attempts might not even put Allen in the top five in the league. That would only need a 5.3% TD rate, which isn’t unreasonable at all.

I could keep going and add more layers of math but the bottom line is that fans are hoping for a breakout season from Josh Allen. None of the benchmarks in my best guesses are actually all that absurd and if he has that breakout, there’s a good chance he’d reach them. Combine that with Buffalo continuing their winning ways and…well it’s not an unrealistic dream.