If the Buffalo Bills continue on this pace, their fans are going to need defibrillators to get through the rest of the season.

For the second week in a row, the Bills won a wild, high-scoring game that required fourth quarter heroics from quarterback Josh Allen. This one was a little different from last week’s 31-28 victory against the Dolphins, a game which was close throughout. On Sunday, the Bills nearly went down to defeat due to the biggest blown lead in franchise history. After giving up four straight touchdown drives and a 28-3 lead to the Rams, Allen and the Bills rallied on their final drive. Aided by a pass interference penalty on fourth down, Buffalo found the end zone for the victory as Allen hit Tyler Kroft for a three-yard touchdown with 15 seconds remaining to secure a 35-32 win at Bills Stadium.

The big picture is that the Bills are 3-0 and remain in first place in the AFC East. But there are several cracks in the foundation of their first-place start that the team will have to correct as they depart for back-to-back AFC road games against the Raiders and Titans.

The wheels completely came off the Buffalo defense in the second half between the 6:55 mark of the third quarter and the 10:30 mark of the fourth frame. The Bills surrendered 28 first downs and 400 yards of total offense for the second-straight game. Even the return of linebackers Matt Milano and Tremaine Edmunds to the lineup could not correct the troubles the Bills have had on defense.

But the defensive issues may not matter as long as Allen continues to play at an MVP level. Allen threw for four more touchdowns on Sunday, ran for another, went over 300 yards passing for the third-straight game, and led another game-winning drive. His play remains the story not only of the Bills’ season, but perhaps the entire league.

As the Bills begin a difficult stretch of upcoming AFC games, here are four things we learned from another memorable victory in this 2020 season: 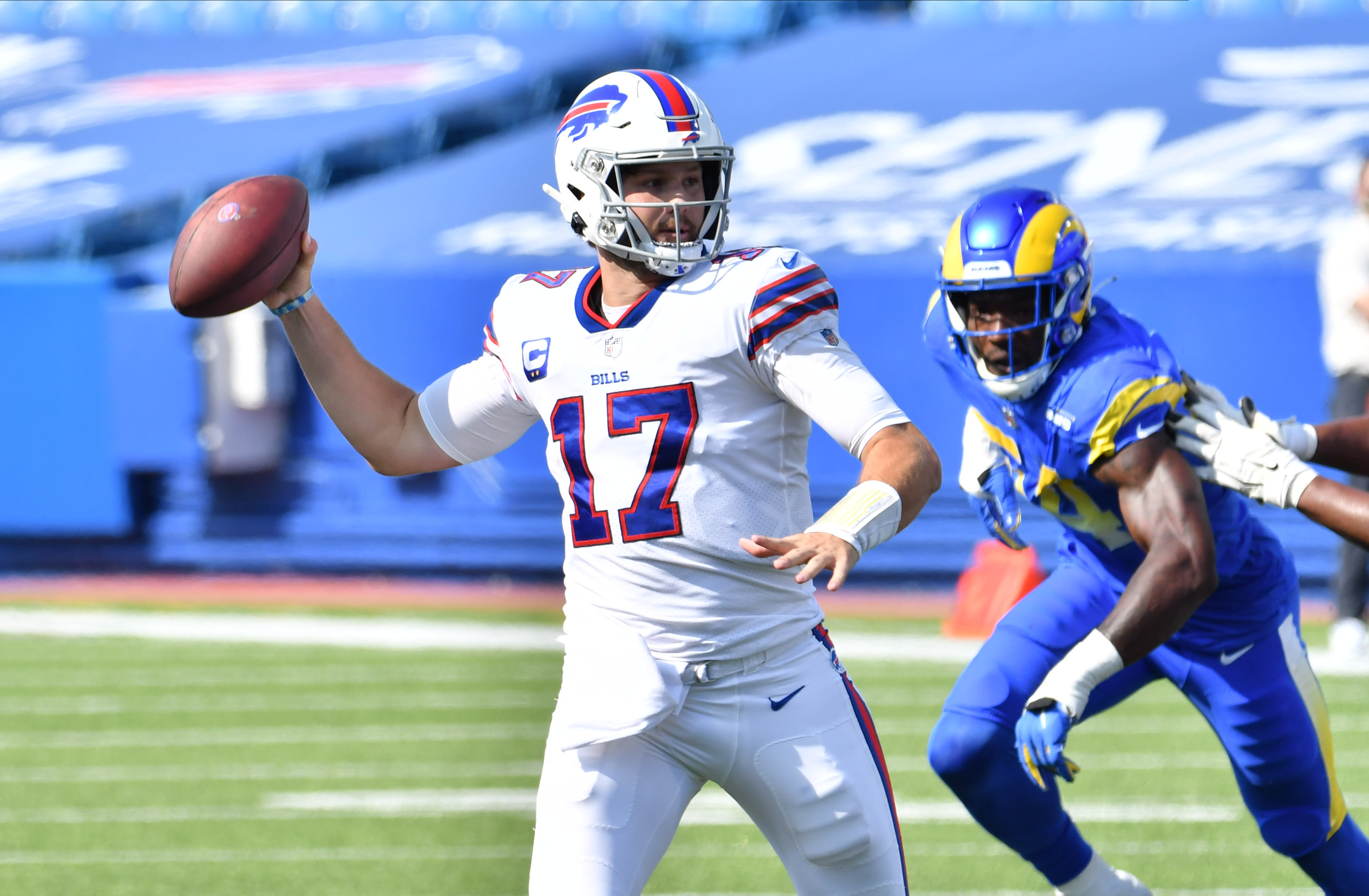 When all seems lost, Allen has been the hero there to save the Bills. That was certainly true on Sunday as Allen led a game-winning drive that saved a staggered Bills team that had just taken the blow of four consecutive LA Rams touchdowns.

Sure, Allen made some mistakes that contributed to the Rams’ comeback. And the final drive was by no means a clinic. But all that matters is that the winning points went up on the scoreboard as Allen hit Tyler Kroft in the end zone with 15 seconds remaining.

For Allen it was not just the second-consecutive game-winning fourth quarter drive he has directed. It was the eighth fourth quarter comeback he’s led in three NFL seasons.

Is Allen “clutch?” Does he know how to get it done when it matters most? It’s easy to make that claim when you think of the game-winning fourth quarter drives he’s put together. Three of the last four Bills’ victories dating back to last season have included a go-ahead touchdown drive led by Allen in the fourth quarter. He also led a drive for a game-tying field goal at the end of regulation in the Bills’ playoff loss at Houston.

The truth of it is that the Bills have found themselves in a position where they need to come back in the fourth quarter far too often. That’s largely because Allen has had games with subpar play through three quarters. That’s not the case this season as the Bills have scored 66 points in quarters 1-3 so far through three games. It is true, however, that two costly Allen turnovers helped put the Bills behind the eight-ball in the fourth quarter. Allen threw an ill-advised interception after the Rams’ first touchdown that put a tired Buffalo defense right back on the field, though it appeared the interception should have been overturned by replay (it was not). He also had the ball ripped from his hands by Aaron Donald on a sack in the final frame.

Still, Allen put it all together to pull out the win on the final drive. It was a rocky ride that included a sack and an incomplete pass on back-to-back plays that put the Bills in a third-and-22 hole, as well as a 15-yard facemask penalty on Allen as he tried to avoid a sack, and an incomplete pass on fourth down that was bailed out by a pass interference penalty. But it also included passes of 18, 22, and 19 yards to Cole Beasley, and a 17-yard throw to Stefon Diggs on third-and-25 that put the Bills in a manageable situation to convert on fourth down.

The Bills can’t rely on Allen to bail them out every week. A true mark of a title contender is its ability to win games easily. But the league’s upper echelon quarterbacks are known for pulling games out that appear lost. The Bills never seem out of a game as long as Allen is dealing. That level of trust and confidence in their quarterback could go a long way for Buffalo in 2020.