One year ago, the Bills needed a furious fourth quarter rally to beat the Jets in the season opener, scoring 17 unanswered points to steal a win late at the Meadowlands. In the 2020 season opener, the Bills didn’t wait around to put the Jets down for the count.

Buffalo jumped out to a 21-0 lead halfway through the second quarter and were never really threatened in a dominating 27-17 victory over a Jets team that looked rather hapless. The 10-point margin of victory is not exactly indicative of how much the Bills controlled this game. Buffalo more than doubled the amount of first downs the Jets had (31-15), ran 81 total plays to the Jets’ 53, outgained the Jets by 150 yards, and dominated in time of possession (41:16 to 18:44).

Still, the Bills had enough slip ups that they allowed the Jets to hang around in the second half and keep the final score somewhat respectable. Buffalo could have been up by as much as 35 in the first half, but two Josh Allen fumbles short-circuited a pair of drives deep into Jets’ territory. The Bills then struggled for a while to deliver the knockout blow in the second half.

New placekicker Tyler Bass missed his first two field goal attempts, both in the third quarter. In between, Jets wideout Jamison Crowder slipped a Tremaine Edmunds tackle on a short pass from Sam Darnold and broke free for a 69-yard touchdown to bring the Jets within 11 (21-10) with 5:10 left in the third quarter.

The Bills locked the game down from there as Buffalo safety Jordan Poyer forced Chris Herndon to fumble on the Jets’ next possession and Jerry Hughes recovered. Bass rebounded to connect on field goal attempts of 22 and 19 yards in the fourth quarter to give the Bills a 17-point lead with 3:15 to play.

While the Bills had some hiccups along the way, they were in command from start to finish and had little trouble with the Jets on Sunday. The big story from the game was the play of Josh Allen, who became the first Bills quarterback to pass for 300 yards in a game since Tyrod Taylor in 2016 and the first since Kyle Orton in 2014 to do so in regulation. Allen completed 33 passes for 312 yards and used a well-designed passing game to pick apart a beleaguered Jets secondary. The only thing that stopped Allen was himself as he put the ball on the turf twice and had a couple of poor throws that could have gone for touchdowns if thrown accurately.

With that, are four things we learned as the Bills started the 2020 season with a victory at an empty Bills Stadium: 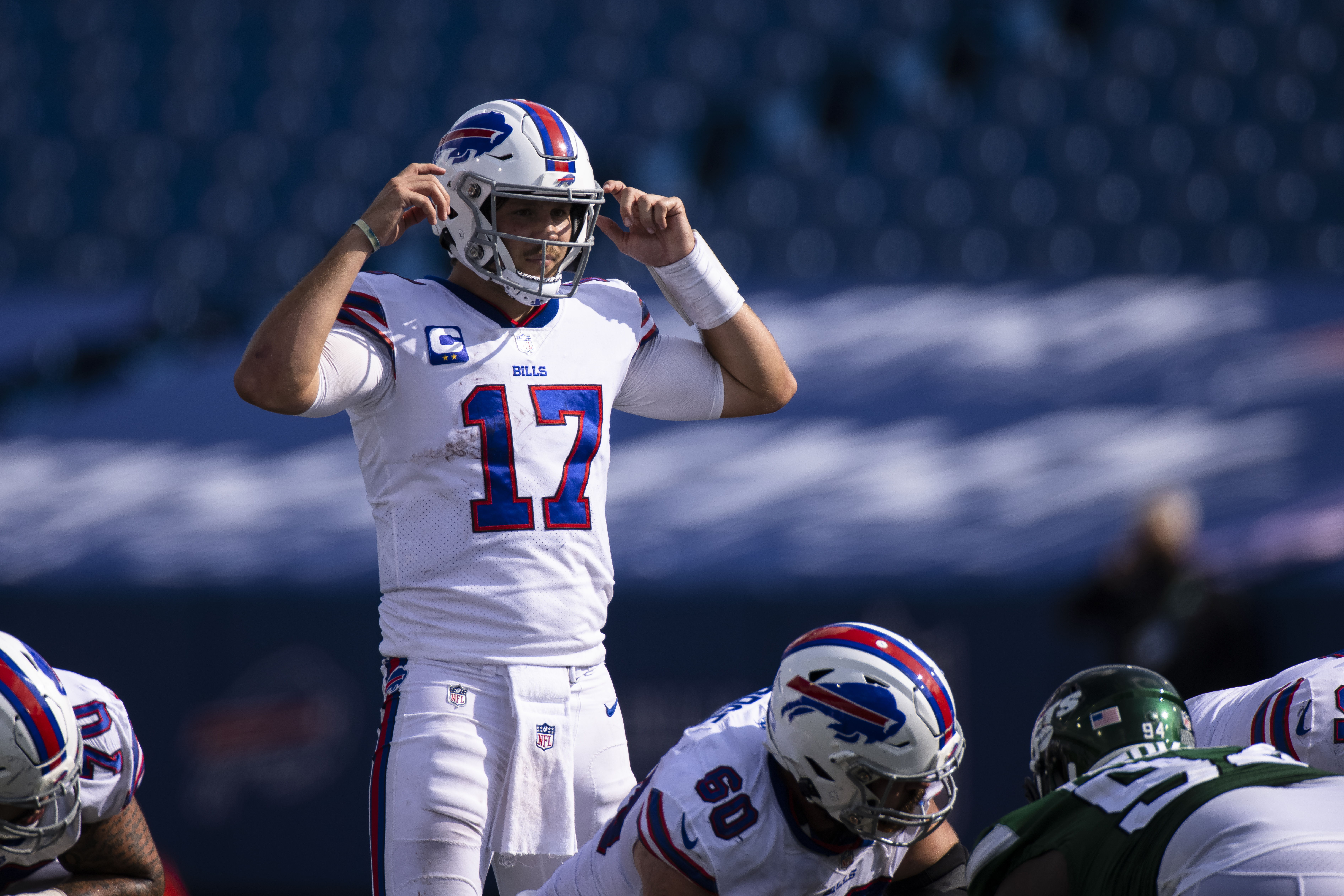 The Passing Game Appears to Have Taken a Step Forward

Bills fans were treated to the full Josh Allen experience on Sunday. They saw the passing talent that has been so often promised since Allen was drafted seventh-overall in 2018. They saw efficiency and well-timed throws to open receivers. They also saw critical mistakes that Allen has become well-known for. He fumbled the ball away twice in the first half and also had some inaccurate throws that took touchdowns off the board. But overall, it might have been Allen’s most impressive game as a passer for the Bills in his three seasons in Buffalo.

Allen reached the plateau that so many Bills fans have been fixated on for years: the 300-yard passing game. It’s incredible enough that no Bills’ quarterback has done so in a game since 2016, but it becomes absolutely dumbfounding to think about how no Bills’ quarterback had thrown for 300 yards in regulation since 2014. That streak has finally been broken as Allen hit 312 yards.

The Bills’ passing game has often been a source of frustration in the past and quite frequently the weakness of many Bills’ teams from years gone by. That claim could have been made about last year’s Bills’ team. But on Sunday, the passing game looked like a strength for Buffalo.

The Bills built a 21-0 lead in the first half on the back of Allen and the passing game. Allen was sharp throwing the ball in the early going, hitting his first seven passes of the game. After an Allen fumble on Buffalo’s opening drive, they responded with three straight touchdown drives. Allen ran in for a two-yard score on the first touchdown drive and then threw touchdown passes to Zack Moss and John Brown on the next two drives.

Allen was efficient running the Buffalo offense in the first half, but much of the credit should also go to offensive coordinator Brian Daboll. The Bills had a well-conceived offensive scheme as they picked on a weak Jets secondary. The Bills forced New York to expose the most vulnerable part of their defense by starting the game with four wide receivers on the field. Daboll also utilized the screen game effectively as the Bills created easy throws for Allen that were well blocked and resulted in sizable gains. The touchdown throw to Brown was an inside screen that actually came on an audible at the line of scrimmage by Allen when he saw the Jets’ secondary playing well off Brown.

The Bills also got their new toy involved. Stefon Diggs, the most notable offseason addition by the Bills, caught eight passes for 86 yards in his Buffalo debut. Six of his receptions went for first downs. His presence allowed Brown to see single coverage.

Even with Diggs in the fold, Brown still has a chance to post another big season as defenses focus their attention on the receiver the Bills traded a first round pick for. Brown enjoyed a nice day on Sunday with six catches for 70 yards and his touchdown reception.

Even though the offense was slowed a bit in the second half, they showed enough in getting out to a 21-0 lead that you have to be encouraged by their potential for the rest of the season. It’s only one game, but the passing offense certainly looks stronger to start 2020.