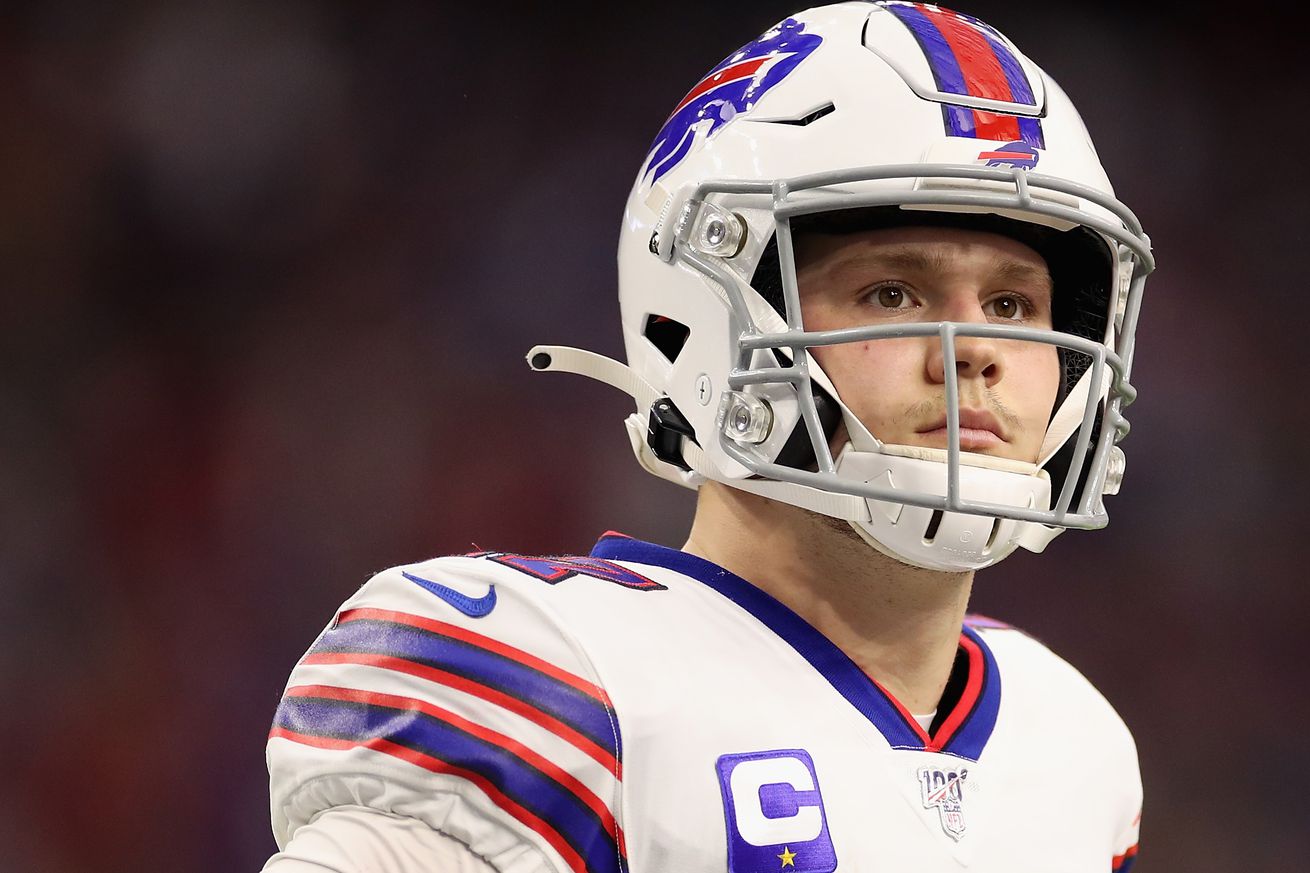 As regular readers for the last couple years have seen, Buffalo Rumblings has tried to predict what Josh Allen’s future will look like based on analytical models. Here’s the prediction and results from his rookie year to second year. The year-two-to-three projections are out, but the results obviously aren’t in. If you remember, or clicked the links, the year three projections aren’t exactly a thrilling proposition. But what if there was a good reason to doubt them?

I received a message from Patch who made a request on behalf of all of #BillsMafia on Twitter. It’s a thought I’ve seen before and Patch laying it out again was the straw that broke the “What if” camel’s back.

The idea is that Josh Allen entered the league with very little experience as a passer. Allen really had only two seasons of live action in Wyoming with a mere 649 passes to his name. That’s 400 fewer than Lamar Jackson, 500 less than Rosen, and less than half that of Baker Mayfield. The argument then becomes that Allen’s rookie year might be more like a third year in college and that we should treat his year two from last season as his “rookie” stats.

Now I want to be very clear on this. The original sample included 37 quarterbacks. Some of them, like Carson Wentz, had even fewer passes attempted (612). The original grouping represented enough of a range in experience where this exercise is more “for novelty purposes” only.

Here’s what I did. Since I’m an eHoarder, I found my old year-one to two Excel workbook and saved a copy to mess around with. Ultimately though this is basically the same data set from the first attempt at this. The only change is that instead of Allen’s rookie numbers on the left of each graphic he’s been replaced by “What if” Josh. That’s nothing more than his year two numbers.

I retained the original look of the charts and terminology to pretend there was some sort of math-related time machine. That means the “low” and “high” numbers represent the edges of what could be considered a normal change. The average is the exact average.

Allen averaged 193.1 yards per game in 2019 and applying average changes from the rookie projections he’d be expected to increase nearly 20 yards per game. One thing to note reading this is that 254.7 yards per game would also be considered “normal” but so would a pretty big regression.

The rookie projections for this metric contain a good amount of wiggle room but perfect average is a very tiny bump in productivity. The second-year projections were also a change of 0.1 but regression was perfect average. I think it’s safe to say we’d all prefer him to get better, not worse. The range is better for rookies too as the “high” end for the year-two model tops out at 7.5 yards/attempt.

Jared Goff’s rookie increase represents the best case and would easily make Allen a top-end starter if achieved. Matt Stafford represents the best-case sophomore player jump and is a more realistic 8.7. If Allen changes the same amount he did last season, it would result in 6.9 yards/attempt.

This is the metric where Allen made the biggest leap from year one to year two and actually exceeded the high end of projections by 0.1. If he were to do that again Bills fans would be ecstatic with 64.8 completion percentage.

That increase would put him in striking distance of the best-case scenario for rookies (Christian Ponder). It’d be even better to match the second year best case of Carson Wentz. If Allen matched that he’d hit 68.2%.

This is definitely a stat we’d like to see improve. The second-year to third-year model predicted regression of 0.7% as a perfect average outcome. An increase of 0.9% is the preferred of course, so cross your fingers he follows the rookie model. While an increase could be considered normal in both models, the rookie “high” range is also better.

The best case of Nick Foles’s 6.2% jump is highly doubtful but it’d be nice to see. Andrew Luck’s 2.5% sophomore increase is more likely and something we should all still be very happy about. Allen actually improved by 1.2% last year, which would give him 5.5% for the 2020 season.

Here’s another one where the rookie model is a strong preference. Both had a perfect average change of 0.4% but in opposite directions. While the sophomore model has an excellent high end of 0.8% and best case of 0.5% (Matt Ryan), both pale in comparison to the rookie changes. It’s possible that Allen could throw zero picks, but for the best-case scenarios the second-year data is the safer bet.

Here’s a fun one. If Allen matches his change in this metric from last year he’d end up with a 0.2% interception rate. That would be around 500 passes, which is possible for a season with only one interception.

This is pretty straightforward. The rookies tended to improve quite a bit more than the second-year players. Because of that, the one model is definitely a lot nicer to look at. I’ll reiterate that I stand behind the original model and don’t see a compelling reason to think of Josh Allen’s rookie season as anything other than a true rookie year. That said, I won’t be angry to be wrong on this one.